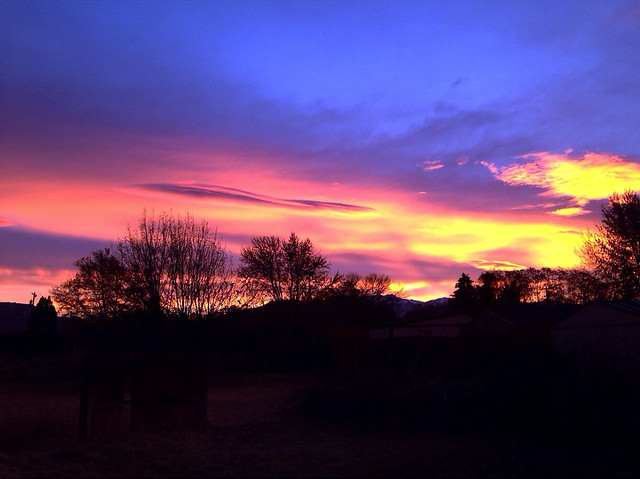 I love that people get so excited about living in tiny houses. I love that there are people out in the world who want this. Having lived the first 3 years of marriage in 700 sq ft and with 2 kids, it wasn't fun. And then, we lived with my in laws for 3 more years, and that was no picnic either. It was really hard not having actual space for all of our stuff. I really don't understand why someone would voluntarily do that to themselves. When we moved into Moon Hollow, it was like heaven! We had all of this space to fill and to spread out in! And fill it up we did! See, Jeffrey and I were both raised with the philosophy that it is better to hang on to things "just in case" rather than buy said object years in the future. Essentially, we have been treating our house like a storage unit. Add to that the two more babies we had since moving in here, we have accumulated quite the collection of stuff.

It is no wonder that I have been feeling like I am drowning over the past few years. Since Kip was born it has intensified and I have scarce been able to get my head above water, it seemed, or above all of our stuff. See, when I was pregnant with Vince, Jeffrey noticed that I was really struggling to get things done. I was sick a lot and holy Hannah, the migraines! And so he told me that he was going to take over doing laundry for me. And he was wonderful in keeping clothes for the kids mostly washed. Except being a man who is not burdened by attention to detail the way I am, he merely washed the clothes and gave them back to the kids. He didn't weed out the ones that were too little, or had gone past their expiration date (Faye is really good at loving her clothes and using them to the last thread of their life.), he merely would wash them and put them back into their respective baskets.

This meant that the accumulation of clothes was ridiculous! Add to that the many wonderful people who have given us clothes, so I didn't have to go shopping for clothing for my children in such a long while! And we now have MOUNTAINS of laundry. Most of it is no longer useful for my children, and yet it continues in the laundry rotation. Beth is now 5 but I am finding clothes of hers from when she was 2 or 3.

I have had a continual feeling of being overwhelmed and smothered ever since I was pregnant with Vince and my house wasn't properly cleaned.

It is no surprise, then, that I have been drawn to things like Allie Casazza's minimalizing motherhood course, or Marie Kondo's The Life Changing Magic of Tidying Up book. I have been devouring these things this past month, and I cannot even articulate how wonderful it has been! I have been taking bags and bags and bags of things to the DI, and emptying our cupboards and closets of things that we don't need. I am dreading tackling the junk drawer, but I am going to do it. Probably sometime next month, after I have taken care of the really big things, like the mountains of laundry and toys that are not played with but instead just strewn about the house. I have to tell you, though, that listening to the audio book, or the pod cast while cleaning is either brilliant, or a very bad idea. I was cleaning the kitchen. As I listened to Marie Kondo talking about minimizing, I was putting the dishes away. I looked into my cupboards and stopped. We had far too many dishes! And so, while listening, I removed a large chunk of the dishes from the cupboard and put them in the DI pile. 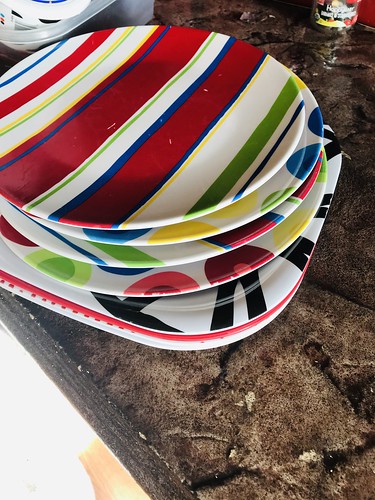 I took that pile to the DI yesterday. Yay!

With the minimalism mindset, though, it has made Christmas shopping rather difficult. We didn't want to give the kids things they wouldn't use, and we didn't want more stuff to replace what we had just gotten rid of. However, I am very happy with the things we found for each child. They really are only getting one thing, but they don't need more than the one, and I think they will be quite happy. We are getting a few games, and a membership to some local museums, so I'm sure they will be quite happy with that.

But friends, I am so excited! The kids bathroom is finally and actually clean! 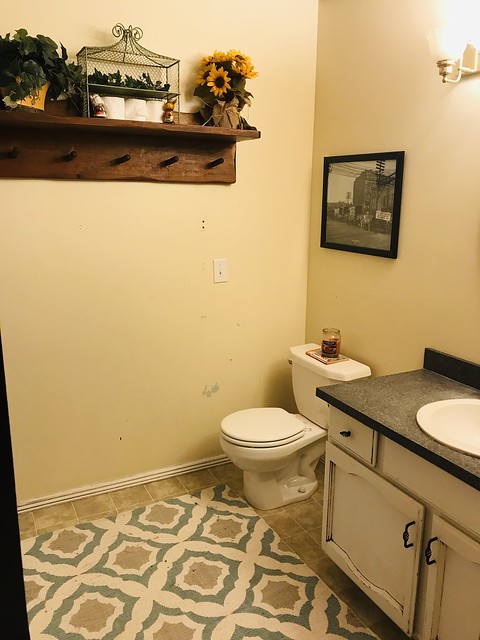 I have been showing Keith and Faye how to use cleaning wipes to wipe down the counters and toilet once a day so that it will stay clean. I have high hopes. The kitchen has been clean for nearly a week now! 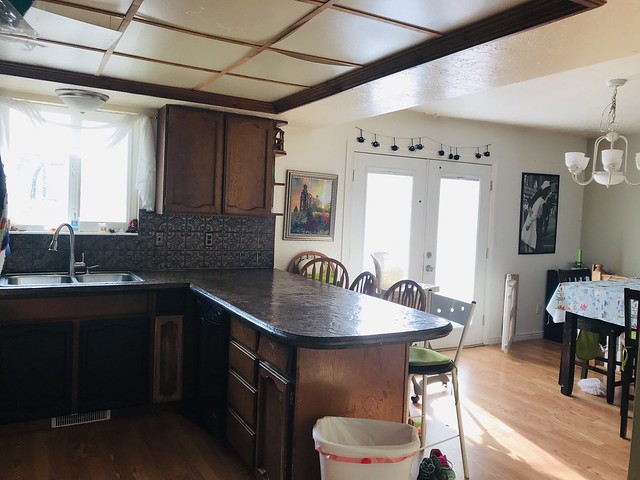 I don't think it is understood how amazing this makes me feel. I crave a clean house, and when my house is clean, my stress levels are much diminished, and I can be the sort of mother that I have always longed to be. There is hope on the horizon!

I know that this isn't really exciting for anyone but me, but I am honestly quite thrilled with the state of my bathroom and kitchen, and living room. I have been able to maintain the messes, and keep it clean, and for that, I want to do a happy dance! The boys' room has even stayed clean!

Now, let's talk about Kip. I don't remember if I shared about him before, but the child does not like to sleep. As such, I don't get to sleep. It has been a very sleep deprived 15 months thus far, and I am over it. I went to bed at 8 last night because I was so exhausted, and he woke me up at 10. 12, and then I was up from 2:30 on. He also hates water. Bath time is beginning to get a little better, but it still takes him a long time to adjust to the water and to actually sit down. As such, shower time for me is incredibly difficult. He doesn't sleep, so I can't shower while he is sleeping. He hates water, so I can't put him in with me. I can't let him roam the bathroom while I shower, either, because he inevitably finds the toilet scrubber, no matter how well I think I hide it, and either tries to "help" me be washing my walls with it, or he tries to eat it. I am not sure which disgusts me more. So today, I was incredibly stinky and tired. I called Lisa, and she was an angel and watched the boys so I could run home and shower. It was glorious to actually shower without worrying about what Vince was getting into, or having someone banging on the door or barging into the room! I got clean today! And then, my mom called me and said that I could bring the little ones over to her house, and I was able to get a nap as well! I feel incredibly spoiled today, I'm just saying. Don't ever underestimate the power of a nap and a shower!