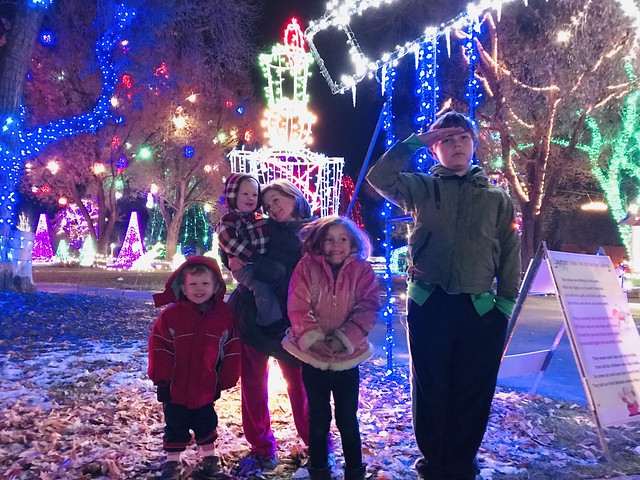 This letter is to inform you that your employment with Moon Hollow Family Enterprises will end effective immediately.

You have been terminated for the following reasons:

This decision is not reversible.

Miraculously, Mother was quick to think on her toes and found multiple ways to allow life to continue at Moon Hollow Family Enterprises. When the Littles were causing irreparable damage she took them and the dog for a walk. When the bigger kid fighting became overwhelming she separated and assigned chores. Keith was assigned to help install Christmas lights. When Mother became overwhelmed and angry by the consistency of your messes, Tuesday, she concocted a plan. Jeffrey would get home, they would eat dinner (something quick and easy, not what was previously planned), they would get into the van, go get report card donuts, Mother would bring along hot chocolate (laced with melatonin) and we would go see the Christmas Lights at the park.

Plans were executed with the hiccup that someone had accidentally thrown away Kip's pajamas (I suspect it was also you but don't have proof). But Tuesday, we defied you! T

he park was beautiful and not crowded and not too cold. We were even able to participate in the Rotary Club's game of finding the elf to get a prize! 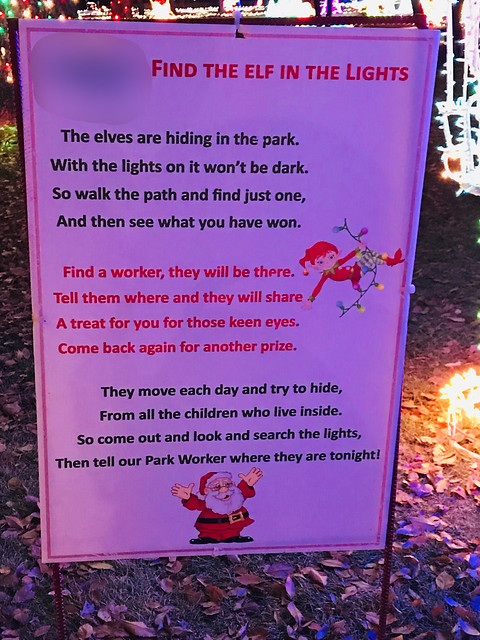 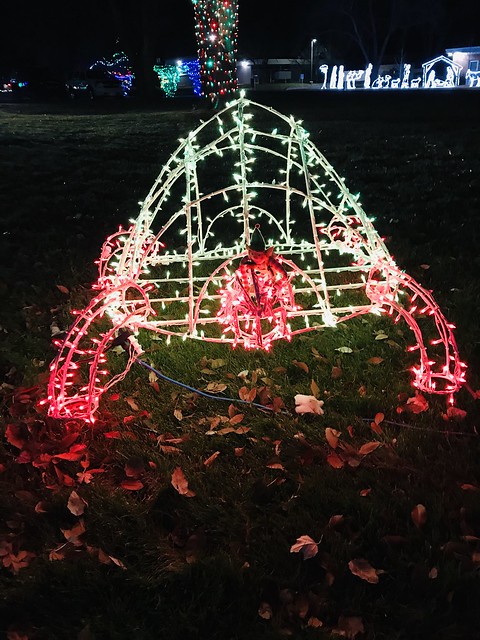 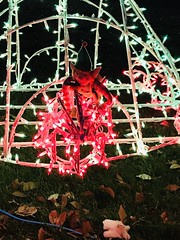 As we were walking along, some lovely young men (without coats *gasp*!)  gave us a candy cane with a sweet little message about the meaning of Christmas and the symbolism of the candy cane. 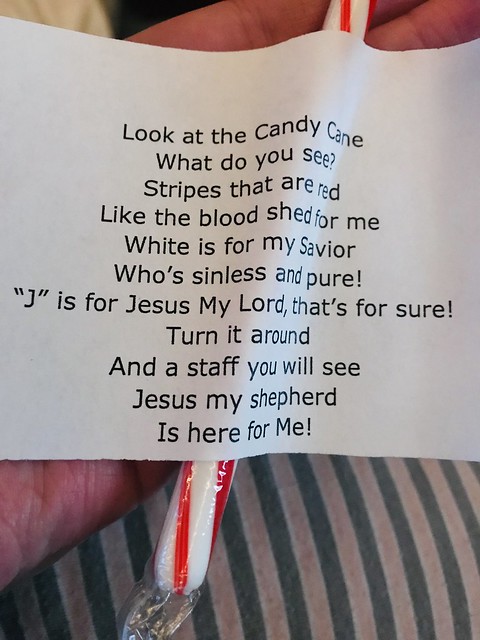 I was so happy about that, loving that our Family Night was able to take a spiritual turn. I plan to print out a bunch of these sayings and go somewhere with the children to hand out candy canes with this sweet message as well. I loved that! It gives me great hope for the world when I see people going around doing good for no other reason than to do good. 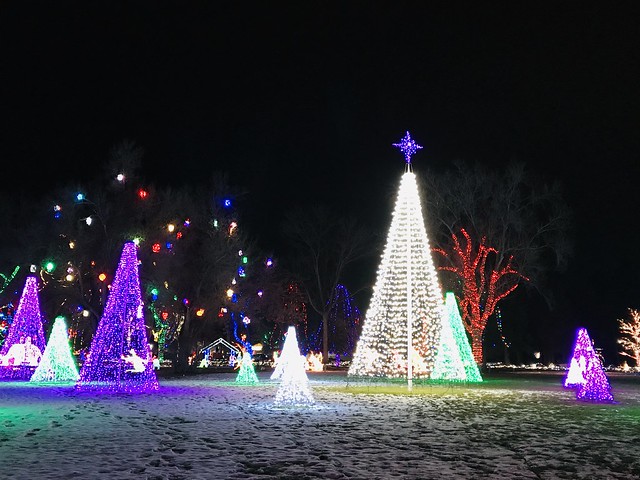 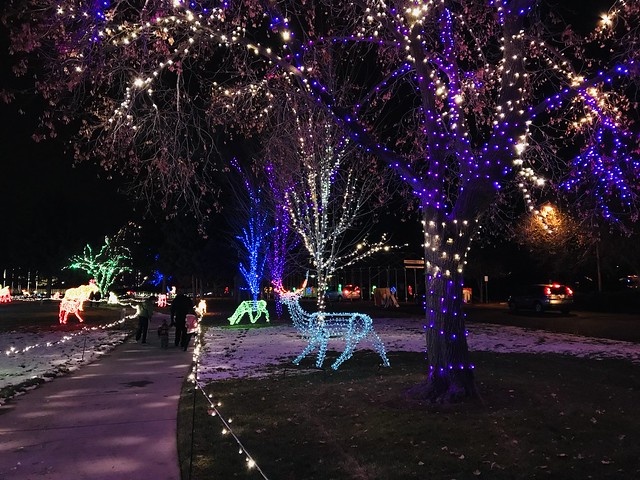 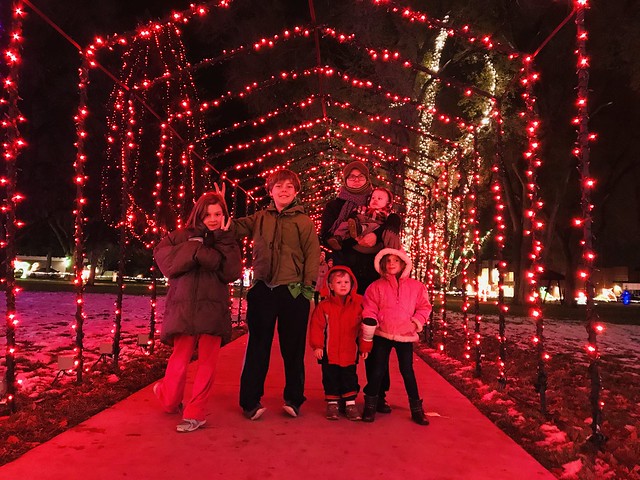 When everyone got home from an incredibly delightful evening, the kids put themselves to bed. Except for the baby, who insisted on staying awake until midnight. The very same baby who had refused all naps during the day, another example of your fine handiwork!

You are requested to return all company property, and training for the next Tuesday who will be replacing you.

Keep in mind, you have signed a confidentiality policy and as such are bound to keep the craziness within Moon Hollow Family Enterprises to yourself.

If you have questions about policies you have signed, your compensation, benefits, or returning company property, please contact Mother within the next 5 days.