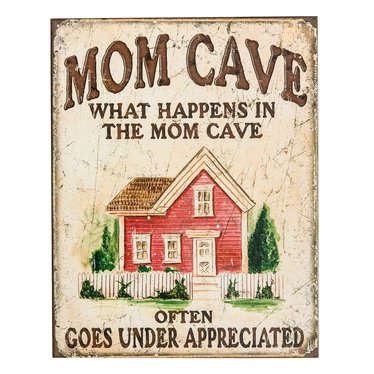 Oh good gravy. I always get a little embarrassed when I look at my blog and see it has been over a month since I last wrote. Especially with that whole goal post I made. At any rate, life is much the same.

This weekend we did have quite a few changes, though. Keith hasn't been sleeping in his room for about 3 months now. There is always an excuse, but I think when it gets down to the brass tacks, he is just creeped out by something in that room. Not to mention, it smells horrible! Adjoining his room is a little bathroom. The toilet has had issues since we moved in nearly 5 years ago. Frankly, it hasn't been a priority to fix, and so it has been forgotten. But the water doesn't fill the tank properly, and so it just makes it difficult to use that toilet. And so it never got used. And so it began to stink. A lot. It smelled a lot like the sewer in his room, really. I think that had a huge part of why he never felt comfortable in there. And so, the girls got to talking on Friday after school. Keith was at a friends house. The girls were discussing and scheming, and it was decided, without any input from Keith, that the girls would share his bedroom, and he could move into Faye's room, which was Keith's old room in the first place. And since we were moving everyone around, I had always intended for Kip and Vince to share a room. They are so close in age, I think it will be good for them. So I moved the crib into the newly vacated spot from Beth's bed.

And all that moving around left an empty room.

A room with no one in it, and just a bunch of old baby things that we really no longer need.

A room that really, just wanted to be lived in.

What could I do?

I am so excited that I now have an office! I have been dreaming and planning what I am going to do to this room to make it completely mine! The blinds have been drawn, possibly for the first time since living here, and for the first time ever, the blue of the walls doesn't look dingy and horrible. I don't know, there was just always something about this room that was dreary and off putting. No one liked it, not even the babies. But I have pulled 2 lamps in here, my reading chair, a few book shelves, and a desk, and it is simply lovely! When I eventually get around to painting, this room, it will be my sanctuary. Already Faye is trying to weasel onto my turf. She asked me if she could set up a desk in my office. Silly girl.

But really, her room isn't finished. See, when I was a kid, we lived in the same house my whole life. My parents are still in that house. Its a great house, truth be told. But we all were born with a bit of wanderlust. We don't like to sit still or be in the same place for very long. I think we get it from my mom. That exploratory Scandinavian blood. My mother would (and still does) rearrange the furniture often. There are decorations that come out for every season. She is the only person I have ever met who actually decorates for Flag Day. With that restless blood in our veins, my siblings and I would often trade bedrooms. It would take 3, maybe 4 hours tops to move out of one room and into another room and be fully settled. So when we started on Friday, I thought it wouldn't be a big deal, and we would be done by dinner.

Boy was I wrong!

We started on Friday after school. When Keith got home and we told him the plan, he was not happy about it. But Faye was tired of him trying to sleep in her room, and I was tired of him being up in my room when I was trying to go to bed because he was scared. And so he was getting booted from his room, and plans were already underway.

Guess what?! They STILL are not completely moved yet. It is Sunday afternoon. Granted, I did have a massive migraine yesterday. I wasn't able to get up and help them until around 4 in the afternoon. It was pretty severe. Ugh! Regardless, they are still not finished and I am tired of helping them when they are not really helping at all. And so, I decided to focus my efforts on my own little haven.

It still isn't finished. I have a lot of baby things to move into the boys' room, and I have a lot of things to bring up that have been in boxes for the past year, but I am so happy with it! I have my planner things out and ready for my weekly planning I have my scriptures and journal ready for when I need to sit and do some journaling. And best of all, I have my books, and my reading chair, and blankets, and candles, and it is so very hyggelig that my heart is just bursting!

However, no good deed goes unpunished, as they say. No productivity goes without its setbacks. While I was working so diligently to get everything moved around, Vince and Kip were being just as diligent with their chosen form of sabotage. They had found a new bottle of maple syrup and carefully applied it to the kitchen floor, themselves, the oven, the cupboards, and even some on the dog. While I was throwing them in the tub, I asked Keith to please clean up the syrup. He is nearly 11, after all.

He threw a blanket over it and called it clean.

I had to stay home from church because my migraine from yesterday has not fully gone away and it keeps resurfacing in waves. Except instead of resting my head, as I should have been doing, I got to mop the kitchen floor (which had not been swept yet, so there was all kinds of gross dirt that I either mopped up or smeared), and wipe down cupboards and oven. Kip was napping during that time. He is now awake and ready for his next destructive assignment. Because that is his favorite thing to do right now, disassemble and dismantle.

In other baby news, Kip has begun to walk, which really adds to his chaotic wake, if you can imagine.  He started about 3 weeks ago. The silly little monkey just gave up on crawling one day. He decided he had had enough and has been bipedal ever since. It is the cutest and sweetest thing ever. I love to see his chubby little legs and his excited careful steps. I am so sad that he is our last baby. Of course, 5 kids is a whole lot of kids, and we are barely keeping it together. I am going to miss so much his belly laugh. Of course, he will still have a belly laugh, and be engaging in other ways, but there is just something so special about a baby laugh. It is how fairies are born, you know, from a baby's first laugh. I am going to miss how he snuggles into my neck, his head settled perfectly between my chin and collarbone. I am going to miss those little chubby hands, and the cooing. Kip loves to sing along to music when he hears it and I become just the biggest gooiest puddle. It's a sad thing, really. I love babies too much, and I know that my sanity can't handle more, but my heart wants to have babies forever. It could be the sleep deprivation talking, though. I don't think I've had a decent night's sleep in about 3 years. Not since I got pregnant with Vince, anyway.

Speaking of Vince, he seems to be having a hard time with his brother. He is constantly pushing Kip down, for no reason. He will walk up to him and shove, and then walk away. I think there are some feelings of jealousy harbored in his little heart. It makes me sad, because I know how well they are going to get along soon, and how great of friends they will be. And so, I just try to make sure Vince knows he is absolutely loved and hasn't been usurped by his little brother.

Beth has started Kindergarten. She is in heaven with it. There are only about 15 kids in her class, and they have a class tortoise named Simon that she adores. The day she got to go to school with Keith and Faye was one of the happiest days of her little life. It was so cute, that first week of school, to see her sit in the back seat and look so confused and at the same time excited, like someone had just given her the best gift ever, when I told her she needed to get out of the van, too. Gosh I love that girl! She is so special! She has become quite the fashionista. She loves to fix her hair, and wear stylish clothes. Sometimes the clothes are only stylish in her opinion, but she is always quite proud of it, and so I let her rock her style hard. It makes her so happy.

Faye is now in 3rd grade, can you believe it? She loves school, but is still struggling with being flighty and focusing. She is the sweetest girl, though, and my right hand. I would be so lost without her help. She seriously is a little mommy, and loves that title. She helps me with the babies, and helps me get things I need to do, done. Just not cleaning her room.

Keith is surprising me. I look at him sometimes and wonder where the years have gone. He is nearly eleven years old. He is turning into a young man. He has mellowed out a lot, for the most part. He is still incredibly stubborn, but that is a good thing for him, and will take him so far in life. I have never met a more determined person. If he decides he wants something, nothing will get in his way for him to get it! I love that he and I have conversations that last for hours, just talking and sharing ideas. He is so big now. Shoe wise, he is about a size smaller than me is all. I think he is going to be a tall boy.

Onyx is doing well. He has adopted me. I keep trying to get him to latch onto Keith, and to sleep with Keith, but he just follows me around, and only wants me. I love it, but it makes me a little sad because Keith really wants that little boy and dog bond. But he is a perfect fit to our family. I just need to figure out how to train him so he doesn't bark at and lunge at other dogs when we go for walks.

And that about sums it up, I think. We are all doing well. I am excited to have my own little place where I can actually sit in peace and let my thoughts flow.