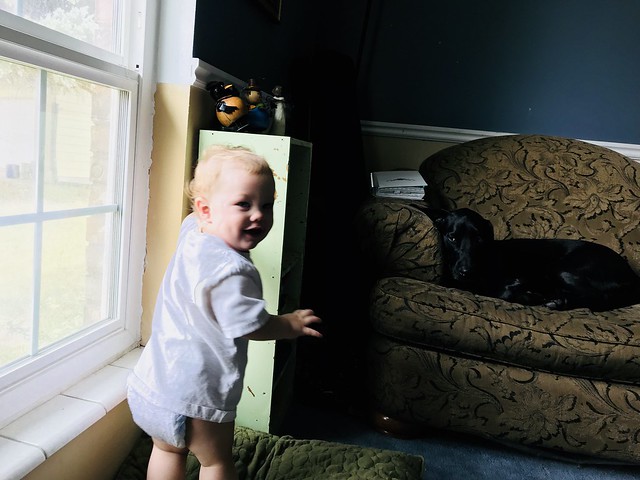 Today is my dear friend Lisa's birthday. However, due to a chaotic week, she decided to cancel her birthday.

As if one could simply cancel the celebration of oneself by others. Especially if it is someone who is constantly serving and helping all those around her.

I messaged her earlier this week and asked her if she wanted to go out for lunch today. Sans children. See, we used to go out for dinner all the time before the babies were born. Her little girl is a few months older than Kip, and so we got to suffer through pregnancies together. And so, for old time's sake, I asked her if she wanted to go out today. Cleverly forgetting that it was her birthday. Of course, she saw through my ploy, but consented to join me anyway. 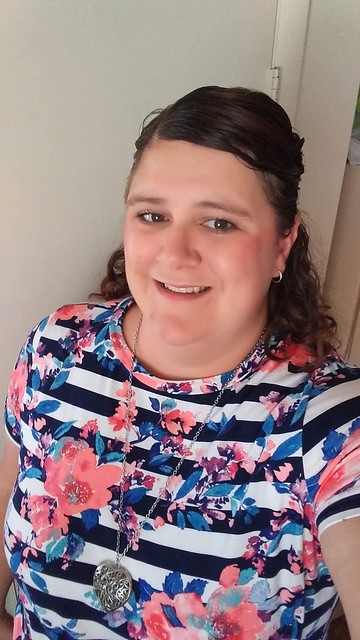 We went to Olive Garden. Italian is her comfort food. When she got in the van I gave her some flowers the kids and I had picked up from the grocery store. Not because it was her birthday. She cancelled her birthday. Just because they looked like they needed a good home, and she would probably appreciate them.

Our server at OG was fantastic! His name is Tad and he was prompt, friendly, and looked just like Michael Stipe, the lead singer of REM. 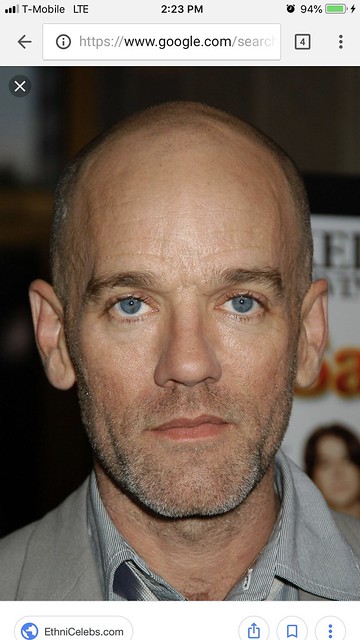 It was so nice to be able to actually converse instead of worrying about the babies. When we go out to eat now, it is usually to a place that has a play place, and interrupted by little people begging for help, or crying because of some arbitrary reason or another, and even smaller people who want food, but they want all of it even though their teeth aren't grown in yet, and who spill chocolate milk all over the floor, themselves, and us. Tad asked if we were out to eat for any special reason, and Lisa admitted that it is her birthday today, but begged to not be sung to. Tad confessed that he used to sing really loud and operatic once upon a time, but would be too embarrassed now. I secretly think he really is Michael Stipe doing a side gig for some movie he is going to star in or something like that. The resemblance is uncanny! However, the whole time we were there I kept looking at him, thinking he reminded me of someone, but couldn't figure out who it was. It wasn't until I had left that I realized it was actually Michael Stipe. We talked about it, but apparently no one has ever called him on his secret identity before. I realized who he looked like as I was driving home, and I may have called the restaurant and had them pass on the message that Tad is a doppelganger.

We got back to our respective homes, and I finished up Arcadia. I am so happy with it! Of course, when I paint, and get a rug and some curtains, it will be absolutely divine. For now, it is just blissful and very hyggelig.

The big reveal! Unfortunately, I am impatient, and I don't want to wait until tomorrow for better lighting. It was really quite nice to listen to my audio book while cleaning. 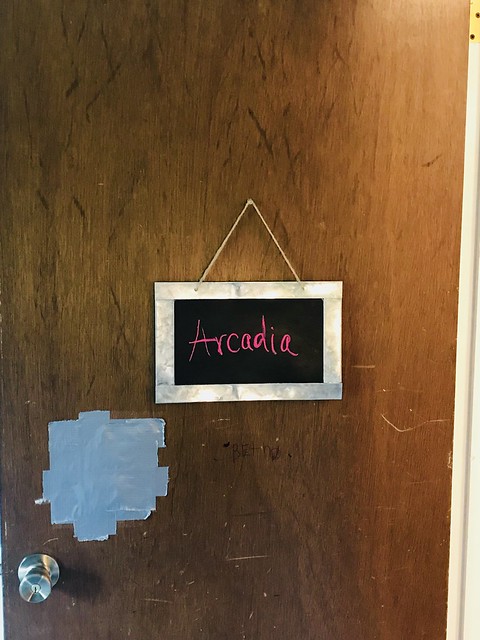 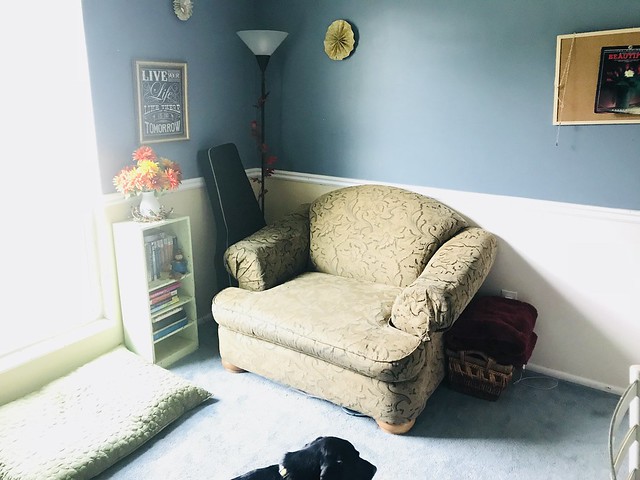 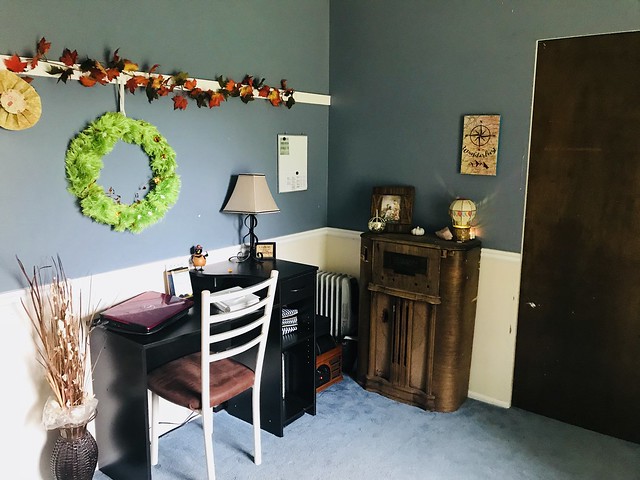 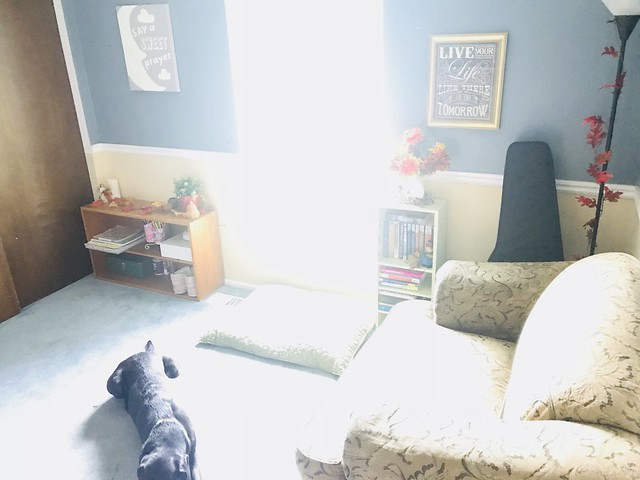 The book is Cold Comfort Farm by Stella Gibbons. I am so excited to "read" this book! It is the book I chose for book club this month, and it makes me so happy. The movie is one of my favorites, and I can only imagine the book is infinitely more so. Apparently, I have a love for British literature as this is the second book based in England I have chosen, in a row. Anglophile, I believe it is called.

I am happy to get my space tidied and organized.