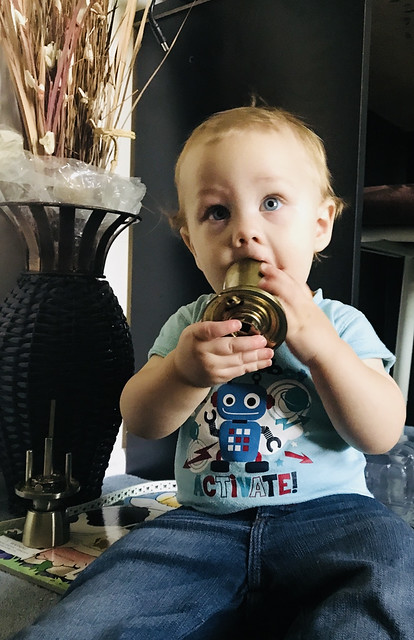 And guess what? It actually worked! It was lovely! I got up, grabbed my slippers, let Onyx out, and then sat down with my journal, scriptures, and pencils. I studied in Alma 4 today, about the people of the ancient church. I love scripture study! I love that I was able to make time for it today. I even got a shower in! I finished studying at about 7:15 and was able to shower before Kip woke up. Miracle of miracles!

After I dropped the kids off at school, we made a run to the hardware store and I got a new doorknob for Astoria. See, forever ago, when we were new in this house, this door functioned like a normal door with a lock, where the locking part was on the inside. And when Beth was about 2, she locked the door with herself on the inside. And this door did not have a key that came with it. It was installed without the keys when we moved in. I had absolutely no way of getting in to her. I called Jeffrey in a panic and explained to him that she had been in there alone for about 10 minutes. Thus far she was happy, but I didn't know how long she would stay happy, and I didn't know how to get to her. He came home from work. He grabbed a hammer from his tool box, and did a perfect reprisal of Jack Nicholson's Shining. I think. I've never actually seen the movie, but I have an imagination. Beth was happily playing when we got through, and didn't even seem to be bothered by the hammer bashing a hole into her door. I was very impressed! And so, my door had both a large hole in it, and a doorknob where the kids could lock me in here, because we simply turned the doorknob around. So no one would be able to be locked in accidentally. Except we hadn't counted on Vince. That kid is funny and mischievous, and clever. He actually nearly locked me in my Astoria from the hallway the other day, and so I knew, something had to be done. And so, long story coming to an end, I bought a new doorknob from the hardware store today.

Kip was a doll, "helping" me as I removed the one knob and attempted to install the new knob. Of course, I ran into some snags and Adrienne came to my rescue and fixed it. Of course. Like she always does. I am happy to report, though, I have a shiny new doorknob on my door, with a lock, and a few keys hidden throughout the house. Just in case.

I was babysitting again today. Those kids are just the cutest. I honestly have to say, for the most part, adding 3 extra kids into the mix isn't all that bad. They are really sweet little ones. We had a bit of a scare with the girl, though. She told me she lost her glasses at school on the playground. I had horrible visions of sand scratching the lenses and kids stepping on the frames. I called the school, and they hadn't seen any. I had them patch me through to the kindergarten teacher, and she hadn't seen them, either. I let her go look at the playground, except it was lunch recess for the other kids. I don't know how thoroughly she looked. She wasn't gone long, and when she came back she told me she just had to do the monkey bars, "real quick!" I sighed, and we gave up and headed for home. When we were about a block away from my house she announced that they were actually in her back pack. Whew!

I had to run to the store to get a prescription for Kip, and while there we did a bit of grocery shopping. It was sort of fun to have 5 kids, 5 and under at the store. There were a lot of looks, smiles, and a couple of "Wow!"s as I passed people. I had to laugh. And I was in the zen! It was a moment of complete and utter tranquility. Even with the 4 kids fighting over who got to sit where, and Vince constantly trying to run away from me. It wasn't all that hard, contrary to what the passers by were saying and thinking. 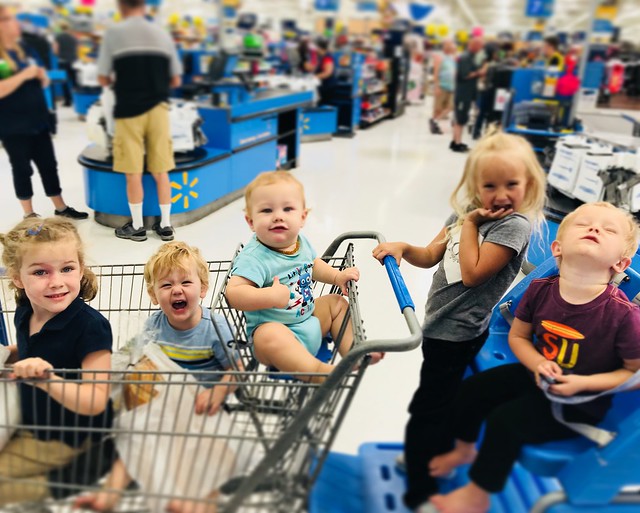 Speaking of Adrienne, After school and naps we went over to her house and she preformed miracles on my boys and their hair. Keith is ridiculously attached to his hair. It is a huge part of his identity. As we were driving there, he kept saying mournfully, "This is the death of Keith. So long, Keith. From here on out, I will be a different person." But I was incredibly impressed with Adrienne. There were no tears, which is what has become customary with Keith and his haircuts. Well, that isn't completely true. There were some tears of laughter, so that was good. But man oh man, what a handsome kid that is!

He went from shaggy 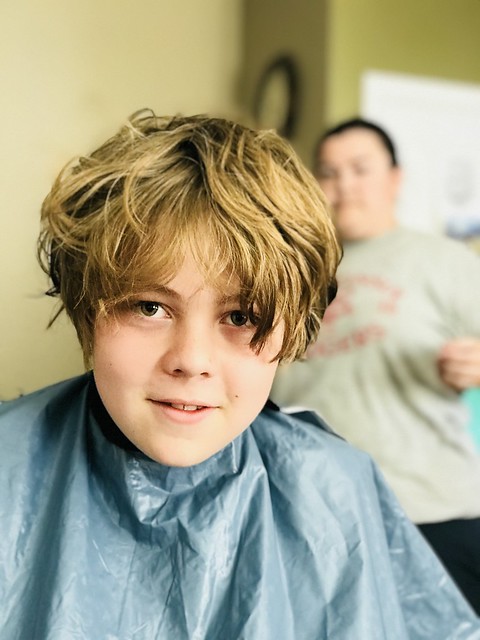 to shnazzy! And those eyes! Hold my purse while I do a little swoon over here, will ya? 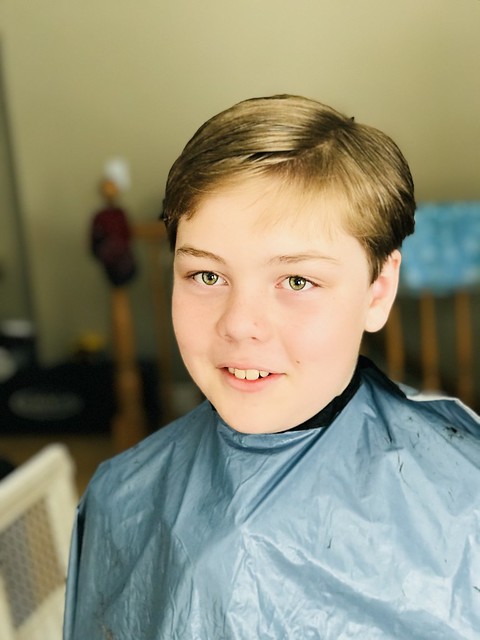 Vince also got his hair cut. It wasn't nearly as traumatic, and he was funny the whole time. That kid just cracks me up. Over and over and forever, he is the funniest little guy ever! Keith said his hair looked a lot like Gildory Lockheart before it got cut. I forgot to snap an after picture, but really, wouldn't it just be better to end on this heart melting smile? 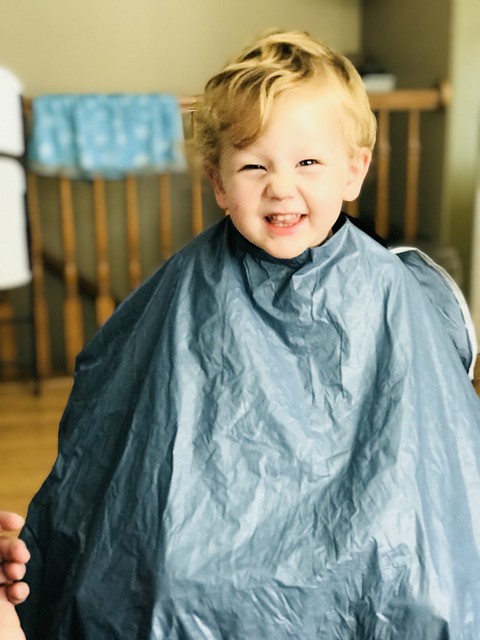