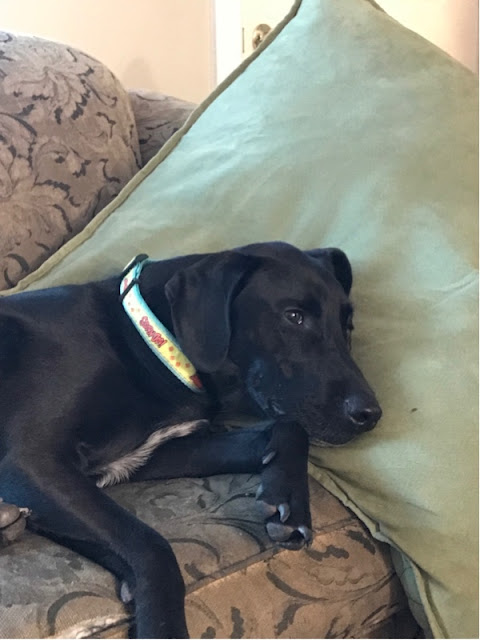 Last week the kids and I had a whole day with not a lot going on and so on a whim I decided to take them for a drive to the animal shelter.
We had been talking for a long time about possibly getting a dog. We wanted one that was already trained, young enough to play with the kids, but out of the puppy chewing on everything stage. It would have to be gentle enough with the babies and not be a super slobbery dog because that just grosses me out. We knew we had a tall order to fill and we planned on it taking us a couple of months to find the dog we were looking for. We were not in a rush. Anyway, we don't even have a fence up yet so a couple of months would give us a chance to get the fence up so our plan was perfect.
What is it they say about the best laid plans?
I woke up that morning, it was a Tuesday. I had energy and big plans to tackle the day. I was going to go to the store and get caddies, cleaning supplies, and get serious about the messes in my house! Also, we had no bread or milk so we needed some food staples anyway.
We got to the store, got our supplies and...
...I just didn't want to go home yet. Have you ever felt Like that? It was hot and I longed for the cool mountain breeze. I had a sudden memory of when we went to the animal shelter four years ago to get Faye's cat. It was a grey overcast autumn day, a whisper of rain hung in the air and as I drove up the mountain face to the animal shelter I noticed the grass had been kissed with frost. Of course that had been in the middle of November, and good gracious it is August right now! But that memory, and my longing for cool air is what drove me up the mountain side that sweltering, dripping, melting day.
It did get a bit cooler as we drove through the shadow of the mountain, so that was happy. The kids begged to have the windows rolled down and I acquiesced. That slight coolness that seems to always be with the mountains just made my heart smigh (smile sigh. A happy sigh).
We got there and we walked through the kernel looking at the dogs. It seemed all the ones we wanted had already been adopted out. But we were just looking and we weren't worried or disappointed because we had our plan.
Best laid plans always something, right?
As we were about to leave, a little black lab caught my eye. He was smaller than most full grown labs. I asked the volunteer there if we could look at him. 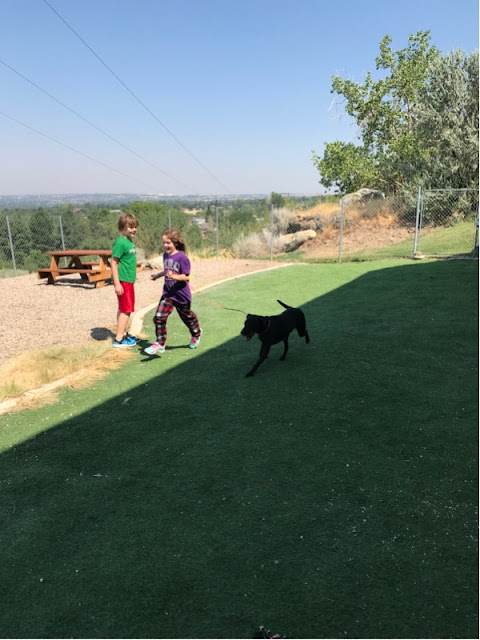 There is a play yard in the back and we met her out there. The dog was perfect! He ran around with Faye, he followed commands, and he was such a good dog! 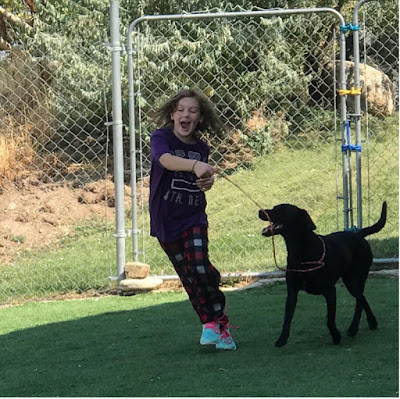 Actually, he was sort of perfect in terms of our want list. He was so good with the babies, sweet, trained, and no longer a puppy. As I watched Faye playing with him, the delight in her face, I realized, I understood. This dog was going home with us. 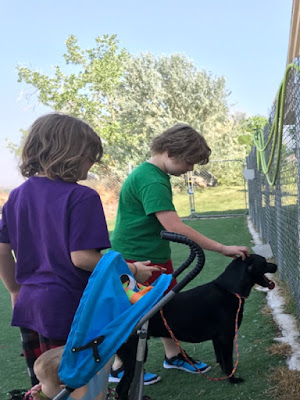 Fail. The best laid plans always fail.
We signed all of the adoption papers and took our new dog. In the lobby where I signed everything was a cat and a bunny. That beyond good little dog didn't even care! He didn't lunge at our even bark at those smaller animals of prey! We walked outside and I opened the Tardis doors (that's what we named our van. Did I mention that?) and the sweet little dog just climbed on in. He loves car rides apparently.
We drove straight to Petco or Petsmart or whatever it is called and stocked up on necessities. Feeding dishes, food, etc. I planned to get a wireless fence but they actually doesn't have any in stock so that didn't work out.
We also discussed names for him. We didn't love the name his previous owners had given him. They named him Titan. It didn't suit him at all because he is so mellow and laid back. As we discussed all possibilities of names, I remembered a creature in the book The Last of the Really Great Whangdoodles by Julie Andrews. He was a slightly despondent fuzzy black creature whose purpose was to distract the children from their goal of reaching the palace of the Whangdoodle. His name was Onyx. It was perfect! Keith and Faye loved it because that is the name of a Pokémon. It is also the name of a shiny black stone. We were all sold on it. 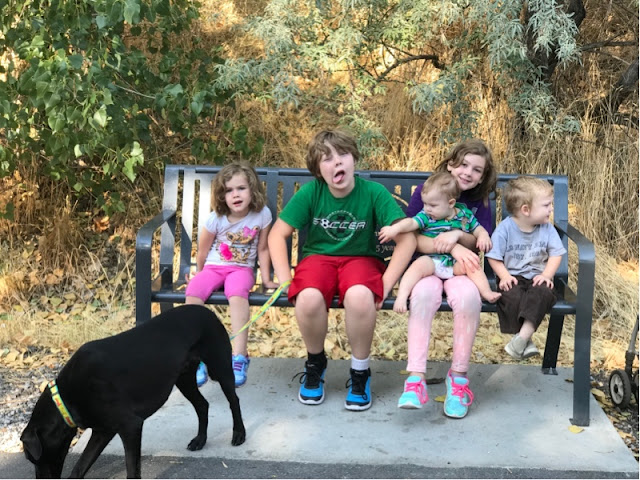 While at the animal shelter they told us his history. He had one owner who could no longer care for him. Then he was spotted by a family who brought him back after a few days because he was too lazy. They wanted a hyper pup. Onyx's calm and lazy personality is exactly what we wanted in our family. 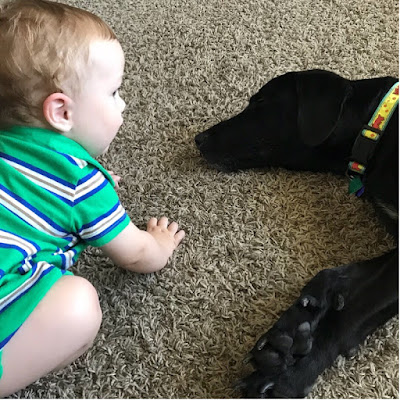 The babies walk on him, poke him, and do all kinds of baby things to him, and he just doesn't care at all. 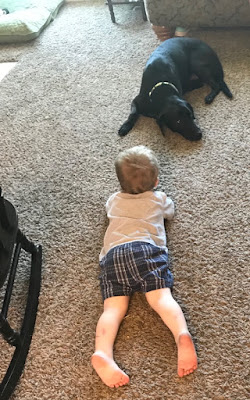 He just lays there and looks at them. He is a lazy dog and we couldn't be happier! The children all adore him, and he seems made just for us. 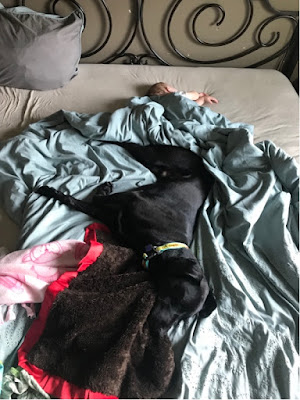 Plans. Wow. They never work out how you expect. It really blows my mind to see how much God has a part in even the smallest details of our lives. Like picking out a dog that will fit in with our family dynamic.
And so, unexpectedly, accidentally, we now have a dog. 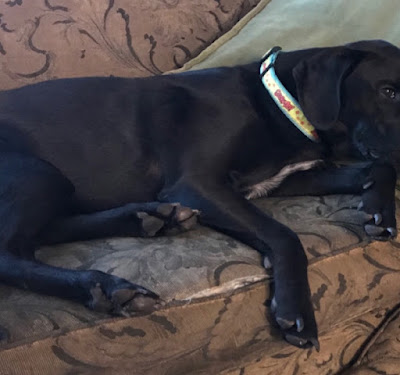