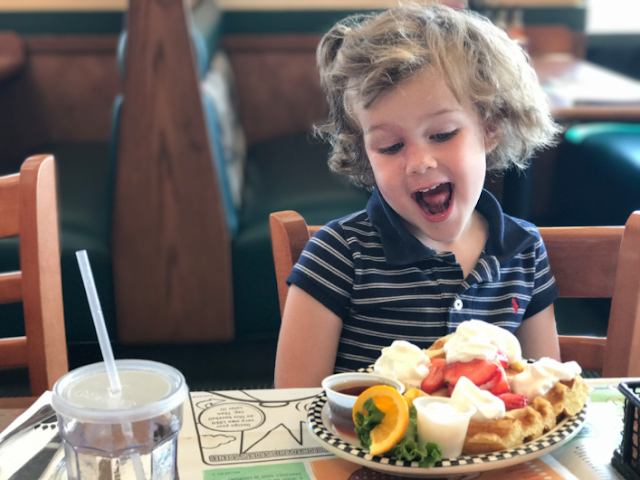 Oh dear. It has been an interesting day to say the least! I normally wouldn't want to mention this, but it has relevancy, so I am recording it nonetheless.  I didn't sleep well last night. I woke up in the middle of the night from a delightful dream about Mushacay. My friend Emily is there right now, paid for completely by Plexus. I'll talk about Plexus in a different post, but I am SO excited for her! Anyway, I have been dreaming about going and being there with her. It was a delightful dream, but I think I was annoyed at having been awakened, because I wasn't happy when I awoke. I just didn't feel right. A few hours later Vince woke up. I remember in my dream nudging Jeffrey a few times and telling him he had to get the baby. Of course, he didn't wake up. He never does. I fully awoke, and then realized that all was not right with my world. I had vertigo again. I told Jeffrey he absolutely had to get Vince, I just couldn't. He got up to get the baby, and I then spent the next couple of hours in the bathroom. The room was spinning, and I felt like a little kid on the merry-go-round again. Spinning until I got sick, and then getting up and spinning some more.

I was pretty sick. Vince just played on the bed, calling for me every few seconds, and Jeffrey went back to sleep. I finally was able to muster enough strength to drag myself to the edge of the bed, and I fell asleep again. And had basically been out for the rest of the morning. My kids were rock stars and completely fended for themselves without burning the house down! No one died or even got injured. It was awesome. I had spent quite a while trying to figure out what was going on with me, and what was the cause of this sudden onset of vertigo.

Last night I was talking to my friend and I mentioned how I felt completely depleted, like I had nothing left to give. I intimated that none of my regular escape methods were working, and I was just... empty. And then words that my mom has said to me several times over the past few months came back to me. If I am not taking care of myself, I cannot take care of others.

And now, the relevancy. Writing is one of those things that helps me. It is something I have found great joy in. Because of this, I am going to give a more concentrated effort to write every day. Because I need to do something, anything, to be able to fill my well every day. And there you have it.

Moving on to the the every day joy and dramatics.

As I was mustering up strength this morning, I heard some banging from the kitchen. A cracking sound. After a few minutes of listening to it, the sound registered in my brain.

And Beth's cute little voice, singing while she worked.

All morning, she had been bringing me concoctions of who knows what. I could barely look at it to identify her masterpieces as I was so tired. Jeffrey came home for lunch, fed them, and banned Beth from the kitchen.

Yet, there she was, in the kitchen, cracking each and every single egg we had. Not cracking it all the way, not open, just cracking the egg. So I sent Keith in, and taught him how to make scrambled eggs.

From my command center. My bed.

And from my command center, I just laughed. Because really, it is quite funny. Beth thinks she is a chef, and I love that she expresses her creativity through cooking. Or making potions. Or rather, messes.

It will be nice to get my energy back, and get back to normal so I can help to intervene and direct her mess making... er, cooking.

Now to just find a new oven. Ours died 3 weeks ago.

But that's a story for another post.
Beth Creating Memories Inspirational My Mistakes