Beth Vs The Piano 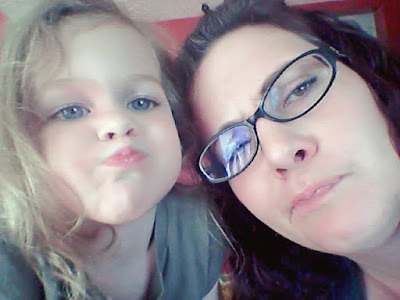 I don't remember the day, exactly. It was either a Friday or a Saturday night. Keith and Beth were playing, and Beth fell and knocked her head on the corner of the piano.
The piano won that round.
And then I was able to discover where we need to go for urgent care. 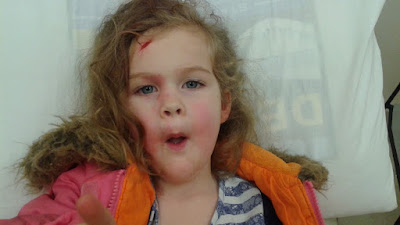 Except I drove her to the wrong place. The nurse at the front desk we so sweet, though. She gave Beth a teddy bear that she absolutely loves and has named it Snuggles. She carries it around all day, and she sleeps with it each now. It is adorable!

And then we got to the actual urgent care. The doctor was really nice. We chatted about the old McDonald's song.
"Two all-beef patties, special sauce, lettuce, cheese, pickles, onions, on a sesame seed bun."
We may have sung it. I am amazed that I remember any of it!
And the old characters! Grimace, the Hamburglar, the Fry Kids! Good times.

He looked at Beth's head, commended me for cleaning it out so well. That would be the hydrogen peroxide I dumped on it before we left. He commented that it was rather deep, but a very clean cut. He decided that the awesome glue would work and she wouldn't need stitches. She did have a concussion, and he told me to wake her up every couple of hours to check her coherence and limb movement. Because the cut was so deep, he worried about brain bleeding. 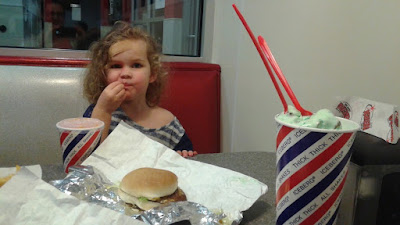 I did enjoy the date with her. Even though it wasn't an ideal beginning to a Mommy/Daughter date, we did have fun.

Her head is healing beautifully. She will most likely have a scar, but hopefully it wont be too big, and I'm sure she will invent an amazing story to go along with it, though. Whenever anyone asks her what happened, she asks me to tell them, so I am wondering if she is self conscious about it.

The night prior to that, Faye had been an amazing helper all day. Any time I asked Keith to help me with something, Faye jumped up and did it first. It was so sweet! And so, because of that, I took her out on a date. We went to Target, because that place just makes me happy. We then went to Zupa's Cafe. I love that place. They had one in Colorado when I lived there, and I would eat there nearly every day for lunch. After we got our food, we brought it home and watched The Jungle Book while eating our delicious food. Once the food was gone we did let the other kids join us in watching the movie, though. I am so lucky to have such a wonderful little girl. She is amazing. 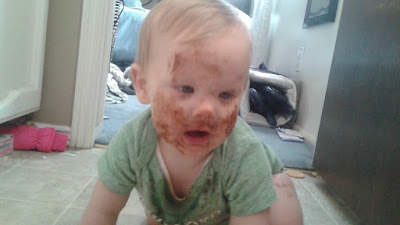 Vince likes Nesquick. Beth discovered this while I was attempting to shower. She is also getting good at spoon feeding him, although he does look like an adorable chimney sweep.

Finally, I have to tell you about my wall. I have hated this wall since I moved into this house. I should have painted it before we moved in, but I was determined to be living here before Christmas, and that only gave us 4 days to get the house cleaned and moved into, so I put it off. But the red! 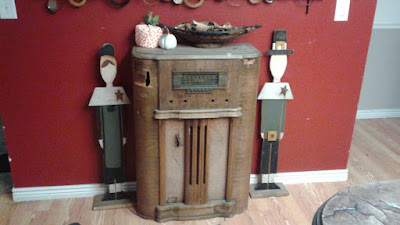 It wasn't a bad color, but the kitchen is so small to begin with. And all the dark appliances, the black back splash, and my dark concrete counter tops was just a bit much. Don't get me started on the 80's drop ceiling that the put in the kitchen. Why? Why on earth would they do that to such a tiny space? It made the whole thing dreary and minuscule. I mean, you can't even open the dishwasher without it practically hitting the counters in front of it. It is just small. And that color scheme really emphasized the lack of space.

Except I never had time, I would tell myself.
I put it off for three years because I kept inventing excuses. I wanted my house to be clean before I focused on any new projects. I had too many little kids running around who would get paint all over themselves and the rest of my house. I was pregnant and shouldn't be around the fumes. I had a newborn who shouldn't be around the fumes. And the list goes on and on and on. But the truth is, I was just nervous. Big projects always seem to intimidate me to the point that I don't want to start them. Because what if I mess up, or what if I fail?

And so I lived in that dreary terrible kitchen that I despised for 3 long years. Until my new friend Lisa told me that she was coming over to paint. And she did. 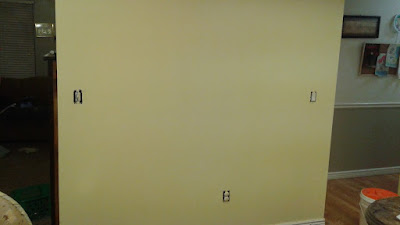 We painted it, and I am SO in love, and wish I had done it before I ever moved in. The kitchen is so much brighter, happier, and airy. It doesn't feel like the walls are closing in on my anymore. I am constantly amazed by how light it is, and I can tell from the living room that it is much brighter! My whole house seems to radiate more light. 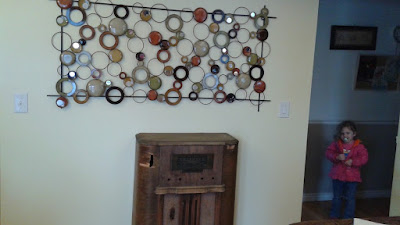 And now I am trying to figure out other things to paint that color. I can't wait to get started on the cupboards! They are going to be a country white color, and will amazingly tone down the once dreary kitchen, soon to be bright and cheery, and oh so welcoming! I'm not sure why the color isn't showing up in the second picture, but it is still just as cheery and beautiful, and I am SO in love with it!
Beth Creating Memories Faye Happy Home Improvements Motherhood Prince Vince