While Surveying the Smoking Ruins 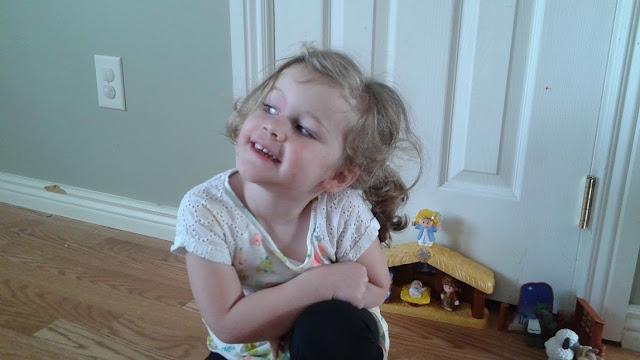 This life is so we can have experiences and learn lessons.

A valuable lesson I have learned is how to just laugh.

Because life sometimes blows up, and that is all you can do,bwhile standing in the rubble and surveying your smoking kingdom.

Thursday was just a hard day. The kids were having such a rough day! There was an unbelievable amount of hitting, and name calling, and telling fibs. Crying, and tantrums, and the whole bit that happens during a full moon, or when the weather changes. The girls were at each other's throats, and I was just tired. Plain and simple tired.

I had book club to go to, and I very nearly didn't go. I was so tired, and could feel that I was coming down with a cold. I wanted nothing more than my bed. But I convinced myself that I actually needed to go since we were doing the cookie exchange and it was my idea in the first place. And we were discussing a lovely classic, which as you well know, is my genre. And so I mustered up the emotional strength and I went out into the snow.  It was magical. It was everything I needed to catch my breath and start a new day. Which was a very good thing.

Vince woke up in the night just sad. He didn't feel well. He then puked all over Jeffrey. And I mean allllll over him. My poor baby. But it was quite funny. I mean, it was funny to me. Jeffrey didn't think it was funny, but I am still laughing about it, and so very grateful that it was on him and not me! Mister Vinster proceeded to have a terrible night of not much sleep, which of course meant that I didn't sleep. I was supposed to go to a school thing for Faye, but I couldn't take a sick baby there. Happily, Jeffrey's mother went in my place so Faye was fine with it. Instead, I went to the doctor. 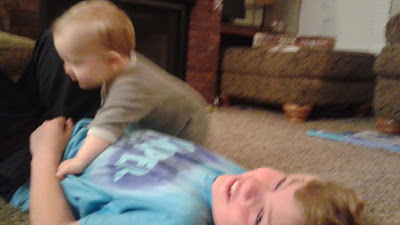 Vince has a gastro-intestinal virus. Yesterday was full of vomiting, and the next few days will be diarrhea. Which has already began to come to pass. My doctor has a great sense of humor and as we were leaving, he said, "Great. See you next week with your other kids." We are sanitizing hands like fiends around here. We are putting every poopy diaper in a grocery sack and then taking that outside so as to keep the germs out of the house...

...However, Beth isn't helping one bit.

She has just now done some serious regression and I can't figure out why.

Today, for the third time, she has found a quiet corner of carpet and done her business there. What the what? What is going through that girl's head? How on earth am I going to stop this? Sigh. I hate this part of parenting. She thinks she is cute and funny. She isn't understanding how awful it is.

And she is cute. Just not when she does that. 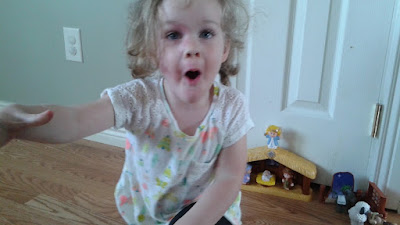 She is funny. But not when she does that.

She has also recently been a little... pill. She had an accident the other day, and so took off her wet undies. She then went over to Faye, bent over, waggled her bum in the air and said in a sing-song voice, "Faye, welcome to the naked bummy show!" 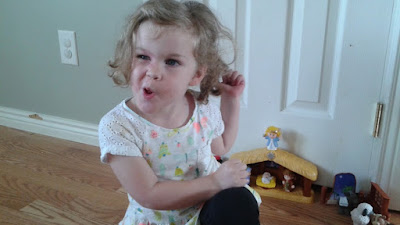 It is a very good thing I was in the other room because I lost it. I laughed so hard! And then I corrected her, of course. Because we can't stand for that sort of behavior on a regular basis, but my goodness, that girl makes me laugh so much. She was playing with her friend Katie the other day and I overheard her saying, "Pretend we lost our girls to Folk music," and then they got in a doll car and drove away. What?! Where does she come up with this stuff? She is so stinking funny! Who knew folk music could be so hard core? Hahaha!

And so, you see the conundrum. Because she IS funny. She just walked in my room while I was typing this and said, "Mama, I got married today!" She then proceeded to tell me that her other parents who work at the dentist office and play with the toys all day are the ones who paid for it, and she even has a ring.

There is a reason I love the toddler and preschool age so much!

Last night, after dinner, Keith and I cuddled on my bed and watched The Christmas Orange. 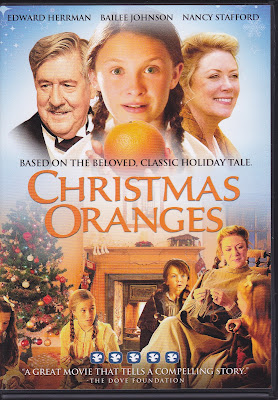 I laughed repeatedly throughout the movie because Keith kept wailing, "Why did they have to make this movie so sad?!" He is so tender hearted, that boy. When it was over, we had to watch an episode of Animaniacs so he could laugh and not be sad anymore.

Keith is the one who made dinner, though. He made corn dogs, and we ate them in my bed while watching the show and cuddling Vince. I was so exhausted from having only gotten 2 hours of sleep the night before. The show got over, the kids went to bed, and I was just snuggling down in my blankets when I heard a constant beeping going off. At first I thought it was from the show, but then realized there was no show on. I jumped up and ran to the kitchen and saw that there was an error on the display of my oven. It was crazy hot, and there was a crackling noise coming from inside the oven. I opened the oven door, and ran down to talk to Jeffrey and see if he could remember where we had placed the manual. Instead, he went upstairs and merely unplugged it. 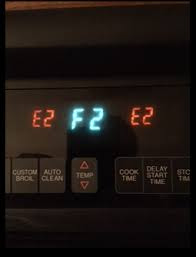 After that, I got a little slap happy. I was laughing at simply everything!

I am so glad that this is the lesson I learn from all of this:

Laugh amidst the rubble of life. 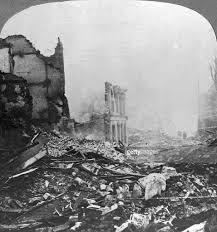