Today Finally Caught Up With Tomorrow 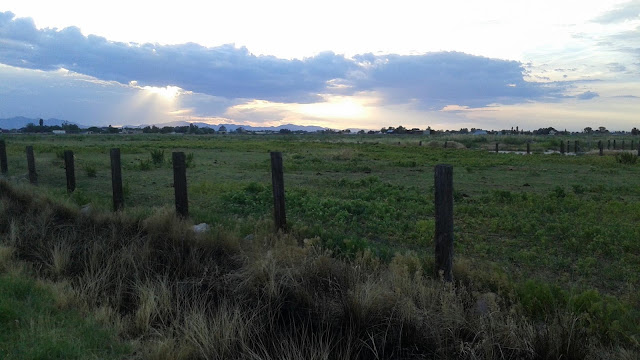 This morning I had some errands to run, so I asked my mom if the kids could play with her, as that would be a lot more enjoyable for them than running around with me. She had me meet her at a splash pad, and Keith and Faye had the time of their lives! 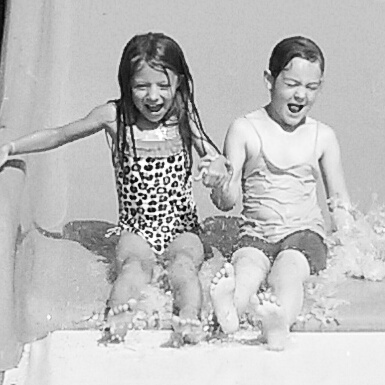 They were so water logged and sunburned by the time I finished my errands, they looked wretched. Especially since I didn't know they were going to a splash pad, and so they were wearing their street clothes. 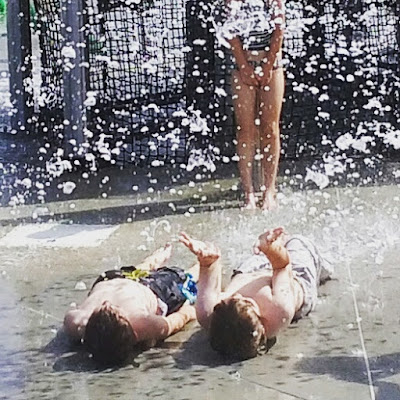 Faye lucked out, though. She had chosen to wear a dress with a tank top and shorts underneath it, so to play in the water, she simply removed the dress and ran around to her heart's content, while Keith trudged along with his heavy wet clothes hanging off his body.

And then we went to a different park. I had a meeting, and we had decided it would be easiest to just meet there and let the kids talk while we had out meeting. So again, they were out in the sun. By the time we got home, we were all exhausted and ready to collapse. Specifically Vince. He did not like having to run all those errands with me instead of cozy up in his little bed, all day.

We were so sun soaked and energy sapped, we all heaved an enormous sigh of gratitude when we walked into our tepid house. Vince fell asleep nearly instantly. Beth and I laid down in my bed, me trying to get her to sleep, and her, fighting it. I turned on the show I had been watching while cleaning, which is The Secret Garden, figuring it would bore her to sleep. Keith and Faye came in and joined us in watching the show. Beth quickly fell asleep, and the rest of us just sprawled, soaking up the cool air around us, grateful to be out of the heat.

Dinner time came, and no one wanted to cook. We were too hot, and the thought of going into that cramped dungeon of a kitchen didn't exactly put a spring in my step. So it became a YOYO night. You're On Your Own.

My kitchen has been a thorn in my side since we moved here. I love that I have my own kitchen, and I get to do what I want in it and with it, but frankly, it is too small, and too dark. For the life of me, I can't figure out why the previous owners would want to paint all of the cupboards black and the walls a deep red. In a large kitchen with lots of natural light, that might look good. But in my minuscule kitchen, it makes the whole thing feel cramped and unwelcoming. Considering I typically spend at least half of my day in there, if not more, you can see why it might drive someone mad.

Because of this, I have had big plans for my kitchen. I got some paint, and I was all ready to go, and then I got pregnant and sick. So, instead of actually working on my kitchen, I made plans and dreams. Some of the things I want to do will probably never happen, and that is okay. I can keep those dreams in my Tomorrow land, and when Today catches up with Tomorrow, maybe I will finally be able to make those changes. Such as knocking out the false ceiling and replacing the lighting. Or adding a bay window to the window above the sink, since it is so small and not much light gets through right now.

One of my Tomorrow dreams was to fix the counter. The previous owners had painted the under the counter cupboards black. I detest it. I have wanted to get some bead board to put under there, just to add a bit of dimension, or interest, and then paint it. And then, Today caught up with Tomorrow, and Adrienne found some bead board on KSL Classifieds for free. I just had to go and pick it up! I could not believe my luck. I texted the lady, fully expecting it to be gone, but it was all there, and I was able to go and pick it up, and now I have my bead board and I just need to get it measured, cut, and attached. Which shouldn't be too hard to do, right?

While I was picking up the board, I decided to go visit the dairy. I don't go often, because it is so far away, but I figured, since I was already up in that area, I might as well stop by and see if I could get some cream to make butter to go along with my bread. When I arrived a sign was posted saying they no longer did that, and if we really wanted some milk, we could go to their store in town. What an unfortunate thing to do for this little community. But no matter, because I got to go on a lovely drive out into the country, and the sunset was spectacular! 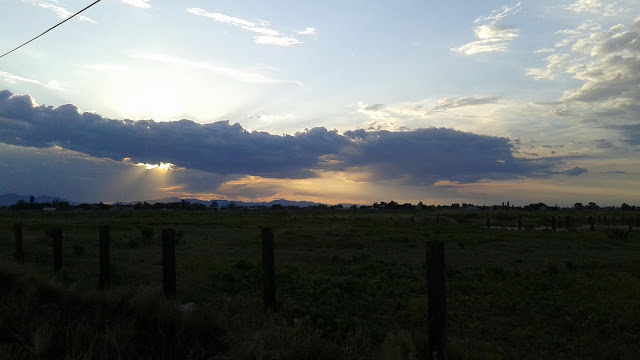 Susan Anderson said…
Thankfully, paint can do wonders! (Along with bead board, of course…)