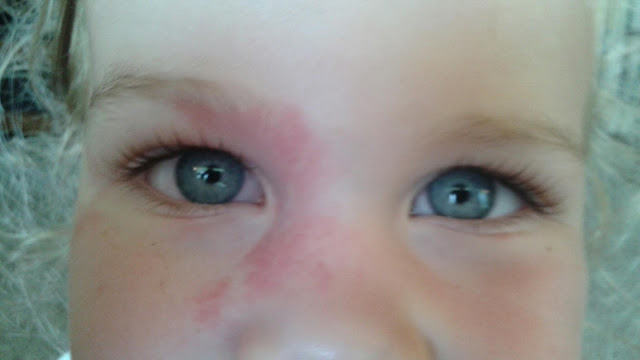 Beth is my child who keeps me on my toes the most. She is accident prone, and loves danger. Like knives in the outlet kind of danger. I know this, because I have caught her with a knife aimed at the outlet several times. Last week, I found a toothpick shoved into one, and the socket cover was on the floor next to it. Sigh. That means that either I forgot to put it back on when I was finished vacuuming, or someone is getting quite good at maneuvering past my safety measures.

This week, the poor girl really lived up to her fame of being the accident prone child. On Wednesday I went to the park with my friend. she has a daughter a few weeks older than Beth. And of course, Taelyn was there, playing with them and having a grand old time. I had just finished changing Vince's diaper when I heard her start to cry. As a rule, I let my kids come to me when they cry, because usually they aren't all that hurt. But when Beth began to walk towards me, her eyes squeezed tight, a fingernails on the chalkboard sort of wail forcing its way into the shards of my heart that it was breaking, I handed Vince to my friend, and ran to Beth, narrowly saving her from walking straight into the drinking fountain.

Her eyes were caked with sand. I have no idea how she got so much sand in her eyes! I laid her on the grass, and happily, Annie had come prepared with a water bottle. she quickly unscrewed the top, and I poured it into Beth's eyes, and then wiped the sand away with a wet wipe. Because moms are prepared! But good grief, that sand did NOT want to come out! And then, once I got one eye clear, she would rub it with her sand covered hands, and then I would have to work on that eye again! It was such a traumatic moment for her.

The next day she wanted to play outside with Faye and Brynlee, and but the sun was bright and I worried about her sweet scandinavian skin being scorched, so I pulled out the sunscreen. I told her to close her eyes tight, and guess what? She somehow got sunscreen in her eyes. Even worse, I had done her face last, so there was already sunscreen on her hands, so when she tried to rub her eyes... yeah, you get the picture. It wasn't a pleasant moment for her. However, I did notice that the sunscreen in her eyes did help to cry out some of the sand that I had missed.

I sincerely hope that she isn't going to have eye problems because of this week!

And then there was Friday. We went to the bird park, and it was lovely. 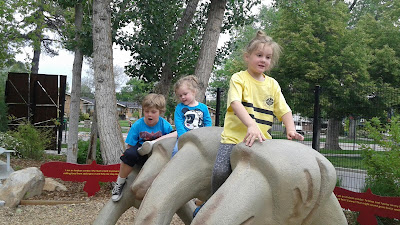 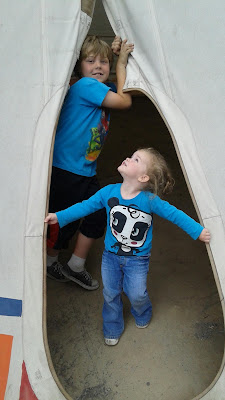 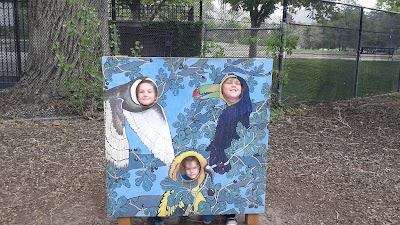 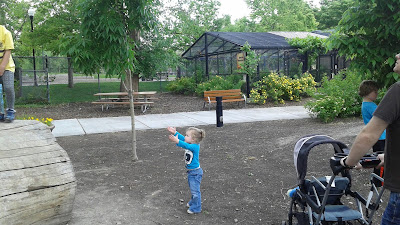 She did briefly get some sand in her eyes again (go figure) but that wasn't bad at all, and within moments, she was up and playing again. But, afterwards, we went to Arctic Circle. All three of my mobile children ran to the play area and began playing while Jeffrey was ordering and I was trying to comfort Vince and get him to stop crying. Suddenly, I heard a wail. The same wail as the sand in the eyes on Wednesday wail. I sighed and hurried back to see what the problem was.

Beth had fallen, face first, down the stairs of the play area. She had a huge purple bruise on her forehead, and she was bleeding out of her mouth. I left her and ran Vince to Jeffrey, and then ran back. I felt bad for leaving her, but I couldn't do anything while I was holding Vince! A kind family who was sitting in the play area got a bag of ice for her, and once Beth had calmed down a little, a worker brought out an ice cream cone for her, so all in all, it wasn't that bad. The ice helped immensely, and by the time we had gotten home, there was only slight discoloration. Her lip, however, didn't hold out so well. Because it was on the underside and top of her gums, I couldn't get her to keep ice on it, and it is still swollen. The girl has a fat lip that may stay for a few days yet.

I really hope I can keep this girl out of trouble and unscathed into adulthood! 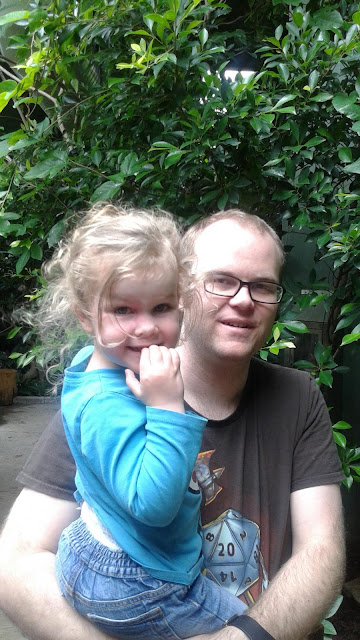 Crystal Collier said…
I just want to put a thumbs up on this post. Some kids are greater challenges than others and no matter what you do, you can't entirely protect them.
May 25, 2016 at 8:50 AM

Susan Anderson said…
Once Matt was at the beach and got so much sand in his eye that it was bulging out underneath. We had to go to the hospital and put him in a little straight jacket while the doctors cleaned it out. It was crazy.

Amazing what kids manage to survive.