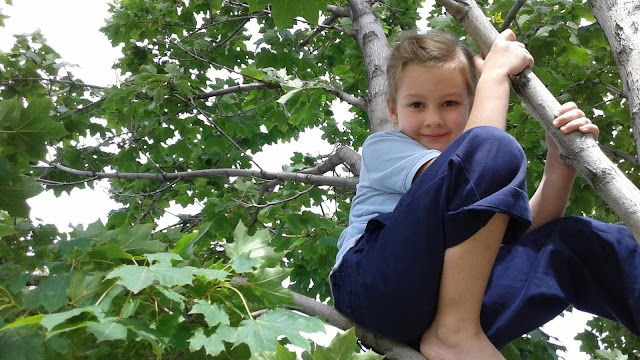 I am half Scandinavian, which is something I am very proud of. My ancestors came from both Sweden and Denmark, which in my mind, makes total sense, as those countries are both rated in the top three happiest countries in the world. It explains my optimism, of course!

Over the weekend, I learned a new word. I found it through a BBC article and it gripped me. It is a Danish word, with which I automatically felt a kinship, because I am part Dane. And while this word is nearly impossible to explain in English, I feel the meaning, and love it.

That word is hygge.

Hygge is pronounced hyoo-guh, and the best description I was able to find for it came from the blog Decor8. The author, Holly, has lived in Germany for many years, near the border of Denmark so she understands the meaning of hygge far better than any other description of it I have read. She lives it!

"Hygge is a comrade, an affectionate teamwork. For a country that has long, cold winters with little light after 3pm, I guess the comrade works well. Hygge is a cozy pulling together but also a state of mind where Danes just know the weather is horrible but they still make the best of it. So why not fill the home with friends and family, light some candles, bake cookies and sit around the fireplace?"

Earlier in her post, she talked about a German word which is equivalent to hygge. That word is Gemutlichkeit, with the umlaut over the u. That word means "a space or situation that is warm and cosy, that induces a cheerful mood and peace of mind, without a need to hurry or worry, and with a connotation of belonging and social acceptance."


Hygge is much easier to spell and pronounce, so I will stick with that. Basically, my quest for a Norman Rockwell life has a name, and that name is hygge. 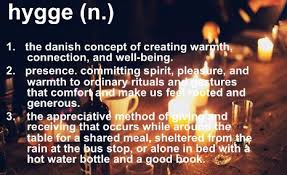 And so, basically, I have been thinking and obsessing over this word ever since. Because it is beautiful.

Last weekend was glorious, as all Conference weekends are apt to be. I did cancel some plans I had which was sad, but I needed a mental health day, and Jeffrey ended up getting sick anyway. But most importantly of all, we got to sit as a family and listen to the words of living apostles and the prophet! Conference was absolutely enlightening and beautiful and brought me some much sought after peace, although I still am seeking answers for prayers. But those answers will come when I am ready, so I guess I just need to ready myself for the understanding I am seeking.

During Conference, I found an old skein of yarn from Faye's baby blanket and decided to play with it while I listened. I ended up making a scarf, and Keith and Faye immediately began arguing over who would get to wear it. I told them it was for whoever was the most quiet during the rest of Conference.

This bought me an amazing 45 minutes of quiet and peaceful meditation where I was able to listen and pay close attention. I am now wishing I had pulled it out during the morning session on Saturday. Next time I will remember.

Jeffrey saw my scarf and expressed a desire to have a custom made one for himself. It needed to be charcoal grey, and the stitches needed to be bigger and more manly looking. Also, he wanted tassels on the ends. I laughed and told him I would make him one.

And then life continued. And I completely forgot to blog because I got busy, only I don't remember what I was busy with.

Yesterday morning I woke up and saw that it was 7:30, which meant we really needed to get a move on or we would be late for school! Nano-seconds before I leaped out of bed to begin the morning whirlwind of panicked late rushing, I saw that I had a text and decided to read it. It was from Keith's school. It said there was a pipe burst somewhere near the school, making it so the school didn't have water, so school would be delayed until 10:30, and morning kindergarten was just cancelled. Faye was devastated. She loves school and didn't want to have to stay home! Keith, was elated because that meant he didn't have to go to school for two more hours, and he didn't have to stay late, and that meant that the school day was two hours shorter than normal! I had to laugh at the difference in their attitudes. Silly children.

Faye, Beth and I ran errands and then came home and I started on that custom made, one of a kind, scarf by Amy that Jeffrey so desired in anticipation of the cold winter mornings ahead of us.I was two rows short of finishing it when I ran out of yarn. But I was quite pleased with it, and he loved it, so that is a win. I picked up more yarn today and finished it and really, for my first real scarf (complete with tassels!) I think I did a fairly decent job. I would wear that thing!

While I crocheted, it was lovely being able to practice hygge. Which I think is a lot of living in the moment, and not rushing it away. Enjoying the little things that make up the grand scheme of things. And if crocheting a scarf for the man I love while a little curly head is leaned up against me, occasionally sighing a tired but stubbornly refusing to go to bed sigh while listening to soft music with me isn't hyggeligt (pronounced hyoo-guh-lee), I just don't understand what that word is supposed to embody, and I don't think I ever will. Because that, my friends, was absolute heaven! To be able to relish those moments together, neither of us rushing, just enjoying the company and the instant as it embraced us just makes me happy. Faye was curled at my feet, unraveling the skein for me so that I didn't have to tug it much, and telling me about her day at school today, and it was warm and memorable and absolutely superb!

Because that is how I hygge.
Creating Memories Happy Motherhood

Susan Anderson said…
That's the kind of place I want my home to be. Love the new word.