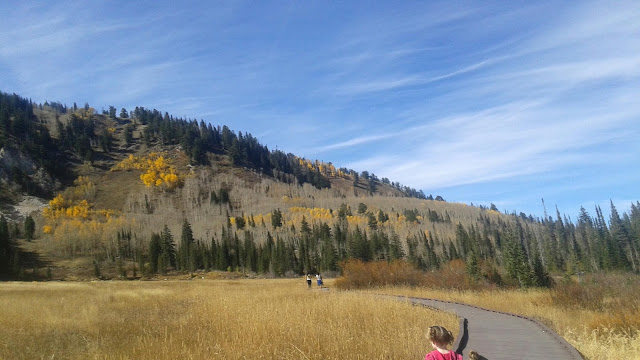 Thursday was the beginning of Fall break, or as we called it as kids, UEA weekend.
I had grand plans for cleaning Beth's room on Thursday, and helping Faye get her room clean, because she destroyed both.

However, when the kids came up and we began talking about plans for the day, the mountains were mentioned, and I became so completely distracted that before I knew it, we were on our way up to Silver Lake. We couldn't help ourselves, it just happened.

And although it was ridiculously crowded, it was lovely and beautiful. The leaves had mostly changed already, which I sort of figured would be the case, so that was a little sad, but the smell of the dirt and the heat and the decomposing leaves was beyond my expectations, and we simply enjoyed every moment of it.

I was optimistic as we began walking down the boardwalk, but five minutes into our journey it became very apparent that we would have to go back for the stroller. Beth was already trying to climb into my arms, and pregnant belly plus wriggly two year old don't mix very well. Happily it was only fice minutes in. And so we turned back, trekked across the two parking lots to the very edge where we had parked in the last remaining parking spot. I pulled out the stroller, tossed some snacks into the back, and we headed out again, this time with a much happier Beth.

And it was perfect. The kids enjoyed running around. We went around the picnic area which Keith calls "The Calvin and Hobbs trail." We stopped and watched the fish swimming in the water, there were a few little ones we could see. We whispered past the fishermen and Beth tried to entice the ducks over. I looked through my purse and my stroller for my phone so I could take pictures, but couldn't find it. And so, I figured one of two things had happened. Either I had somehow left it in the van, or it had gotten lost/stolen on the boardwalk. Turning back to look for it would really impede our day, and worst case scenario, it would be gone and maybe I could get a new one with a decent camera on it! See, always looking for that silver lining.

We walked and Beth tried to copy every single thing that Faye did. She tried to climb the giant rock and slid down on her tummy because her little legs just weren't long enough to reach the footholds. She tried to hop from rock to rock above the step drop into the lake. She got so mad when I asked her not to. I asked Faye not to do those things so Beth wouldn't follow her example, but I knew that just wasn't fair to Faye who is honestly part chimpanzee. During my mini heart attack, while I was telling myself over and over in my brain that Beth needs to learn and do these things and I need to step back and let go, we saw a few people standing and looking up at the hill next to the trail. There was a family of deer, five of them, about 30 feet away from us, eating. It was a beautiful thing to watch, and I again was a little sad that I didn't have my camera with me, because I have never been that close to wild deer before!

We eventually finished and decided it was time to go. Especially because I like to take the long way home and go through the mountains until we come out in Midway and Heber City. It is breath-taking, that drive. We got to the van, and Keith found my phone! I was only partially happy, because I really want a decent camera! But financially, it was a good thing, I guess.

We drove up Guardsman Pass, and of course I had to take a picture when we reached the top. 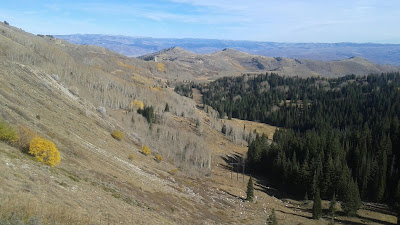 It always makes me a little nostalgic for something that I don't know, when I see the untouched beauty there. I long for the serenity and peace and for a ramble through the mountains and hills in solitude. I don't know what it is or why it does that to me, but I desperately dream of being able to just go by myself and explore the unadulterated beauty that is up there. Perhaps one day when the children are grown. 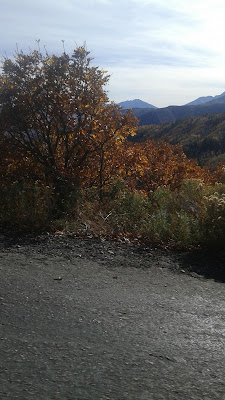 I learned a trick this year for going down the mountain and saving my breaks. I just shifted into lower gear and when I got to the bottom, I didn't have the putrid smell of burning breaks like I have had the past few years. Yay! 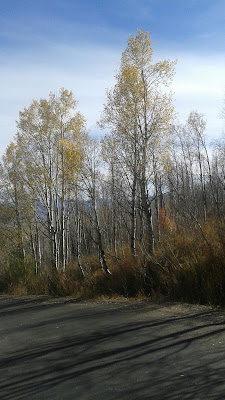 We listened to some books on tape while we drove. First a book called Fortunately, the Milk by Niel Gaiman. The kids belly laughed through that whole book. It was quite funny and rather brilliant, and honestly, it sounded a lot like one of Jeffrey's made up stories. It was very cute. When that was over (it was very short, just one disc) we switched to Inkheart by Cornelia Funke. Thus far we are loving it, and it is very different from the film. I am so happy that Keith is loving it, because seriously, it is time to move on from Harry Potter! 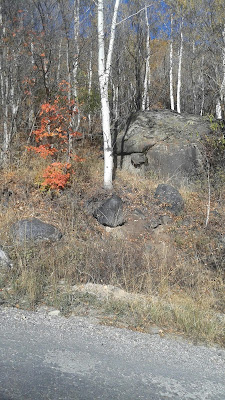 On our way home, we stopped at my parent's house for a potty break, and our 5 minute detour ended up being roughly 3 hours. We helped my mom decorate for Halloween, my dad ordered pizza to share with us, and then the kids played while I searched through every one of my parent's old VHS tapes for a particular movie I have been telling a friend about for years. My parents were avid record it off of TV sort of people, so they have a ridiculous amount of movies. I searched through 2 bookshelves, and 5 boxes. And when I say boxes, I am not meaning the little fruit stand boxes that apples come in. I am talking big sturdy cardboard boxes that could withstand the apocolypse. one or two of them were about the size of a tupperware storage bin. And after looking through all of these, the 7th to the last video was the one I was looking for. But I was able to laugh at my parents a bit. They have The Unsinkable Molly Brown about 5 times over, The World's Greatest Athlete 3 times, and Bringing Up Baby 2 or 3 times. Also, General Conference tapes alone could take up 2 of the boxes, if they were the only things in it. Looking through my parent's VHS collection was sort of fun, though. It made me proud of them. They have such good, uplifting movies. So many gospel oriented movies, so many parenting (recorded from PBS) films, and then the amount of Mister Roger's specials, or old movies is amazing. All of their movies are just good, clean movies, and I was proud of them for that. Because you can tell a lot about a person based off of their media collections.

We got home late, and all the kids were exhausted (ya for long walks!) and so went straight to bed, and it was a lovely day, but I was so excited for my bed, too.
Creating Memories Great Outdoors Inspirational Nature