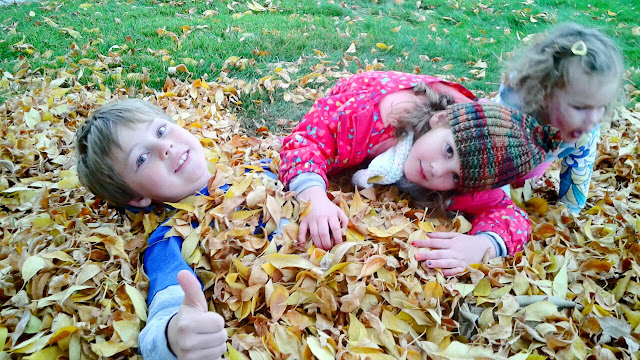 Or, in other words, it was Autumn beautiful. 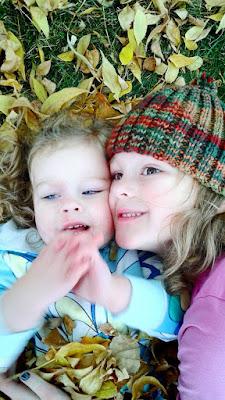 It began way too early, though. I mean, I was planning on getting up at 6 anyway. I wanted to read my scriptures and then get started on cleaning up the mess in the kitchen that I hadn't cleaned the night before. The kids (yes, Keith and Faye- under the direction of their father) had put me to bed at 7:30 last night. I was just too tired to stay awake any longer. And so, when 6 o'clock am rolled around, I was getting ready to get out of bed and get a start on my morning. Except Faye had other ideas. She had a bad dream and so came and wanted to cuddle. Since this was before I had actually gotten out of bed or turned any lights on, I figured I would cuddle with her until she was ready to go back to sleep, and then I would get started on my morning.

Silly me. Faye is never ready to go to sleep. Especially in the mornings.

And she likes to have company. Which means she woke Beth, of course.

Together, they dilly-dallied. I tried to help Faye get ready for school, but she just wouldn't have it. When it was time to walk out the door, Faye still wasn't dressed, let's not even mention her hair which hadn't seen a comb for nearly two days! But we couldn't be late for school, so my daughter went to school looking like a homeless child. And she forgot her coat, but we didn't have time to go back for it.

Beth and I got home, and she made me the happiest mom ever. She decided to go potty on her own (which is a common occurrence around here) and while she was in the bathroom, she pooped on the potty! I was so excited. It is the first time she has intentionally pooped on the potty, and she eventually did it twice today!

Now, Beth had been tugging on her ear for two days, and was exceptionally whiny, so I decided to take her in to the doctor. She kept saying her ear hurt, and it was always the same one, the same side, which suggested that it was a legitimate problem. When I called, they could see her at the same time Faye got out of school, so I would have to check her out early so she wouldn't come home to an empty house and freak out. I called and talked to the school about the best time to get Faye, and it was decided, since I would have to swing by to take her jacket to the school for recess, I may as well just check her out right before recess because then she wouldn't have to go home in the middle of centers, which would be disruptive, and it would make her mad.

She was mad to have to leave school early.

Apparently it was all for naught, though, as Beth does have a little fluid behind her eardrum, but she doesn't have an infection of any kind. Which is wonderful, but sort of a waste of a trip.

During Beth's nap time, Faye and I lit a fire, because it was cold in our house. I had put slippers on over my socks, I put on my poncho as I was already wearing two shirts, and I put on my wool hat. I was still cold, so the fire was decided on.
Faye and I pulled out some colored pencils and we curled up in front of the fire (with some heavy duty blankets over us. Yes, I was that cold!) to color, me in my new coloring book, and her in her new sketch book. It was sweet, the bonding time we shared. She grinned a lot, and kept hugging me and calling me the best mommy ever. Faye is very loving and complimentary, she is. Keith got home, and instead of coloring, we made some cocoa and I read Harry Potter while we sipped our cocoa. I was exhausted and really was having such a hard time focusing on anything, so I decided that maybe a walk would help.

We woke Beth up, and we went for our annual Leaf-crunching walk. 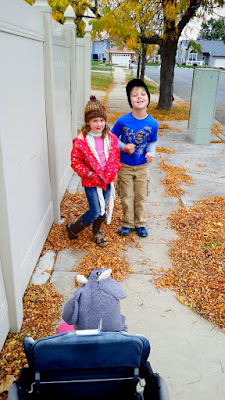 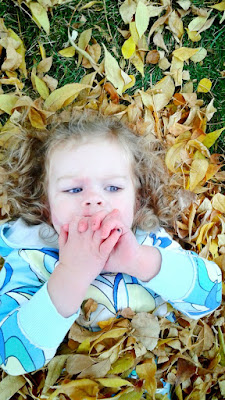 There weren't a lot of leaves to crunch, but the air was wonderfully nippy. We were bundled up in scarves and hats, and high spirits. Beth chased Keith and Faye and they ran, laughing, making me laugh right along with them. As we rounded a corner, we saw a house with lovely crisp leaves for the stomping along the sidewalk, and gorgeous golden piles of leaves all over the grass. I gave the kids strict instruction that they could kick the leaves on the sidewalk all they wanted, but they were to stay out of the piles on the lawn. Except as we got closer, our friends were outside, raking leaves and putting them into bags. For the exchange of letting us romp through their piles, make leaf angels, bury each other, make it rain gold, etc, we helped them bag up some leaves. 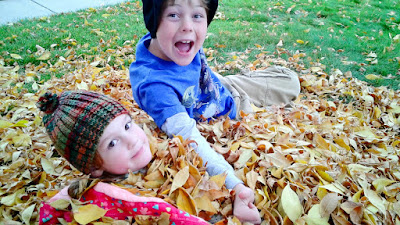 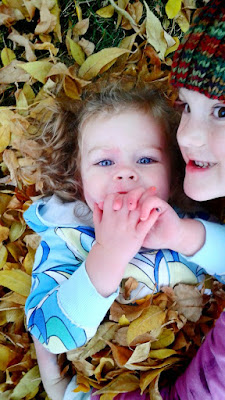 It was SO much fun, for all of us, and it seemed to do the trick! I was no longer moving at a slug's pace. I had slightly more energy and was happy and eager to make dinner when we got home. 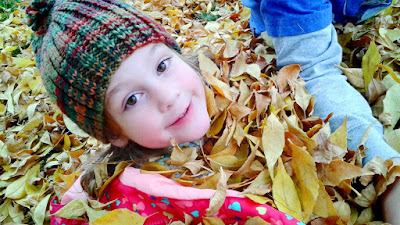 That is, until Beth began screaming for no apparent reason. Which is not like her at all. She is usually so mild tempered, and rarely throws fits for which we have no idea the source. But as I was cooking dinner, something I did really angered her, and she would have none of it, yet she couldn't tell me what it was, because she was just that mad. Typical. Jeffrey picked her up and loved on her while I finished cooking, and then I felt bad, but I took my plate of food into my bedroom, and hid behind my bed while I ate, relishing the peace.

I have been doing that a lot this pregnancy. I normally love the hustle and bustle of the dinner hour. I usually insist that everyone be present, and we talk and enjoy each other's company. But for some reason, more and more often I am wanting to retreat to the quiet of my room to eat dinner alone and in peace. I feel so guilty about it, but I keep telling myself it is just until this baby is born, and then I won't be quite so tired, or tired in this same way, and then I will be able to handle the noise without it making me crazy. Because I really am not handling it well. 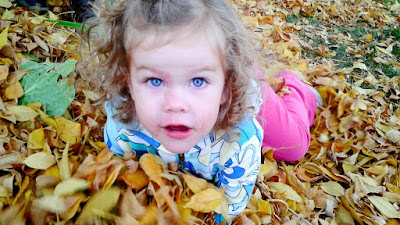 She is in a toddler bed, and she knows how to open her bedroom door. A deadly combination. So I try to lock it. But if she can't open it, she will lie on the floor in front of the door, hollering to us through the crack beneath the door, and while it makes me laugh and smile, it also tears at my heart strings. I would hate for that to be her first memory, being locked in her room. Also, she has learned that if she says she has to go potty, we will always let her out. She is usually right, which is nice, but getting her back in bed once she has gotten out is like trying to stuff a cat into a tiny bird cage without a bird. Nigh impossible! Sometimes, if I don't check on her, she will sleep on the floor in front of the door, and then wake up in the middle of the night freezing, so I have to be careful that doesn't happen, either.

I am happy to say, though, that all of my beautiful children are nestled in their beds, and Beth hasn't tried to get up for the past 15 minutes which means it is time for me to unlock her bedroom door. I don't like to leave it locked throughout the night, in case of an emergency, but just long enough for her to give up on trying. Judge all you want, but it totally works. After a few attempts, she gives up, crawls back into bed and goes to sleep.

I have to say, despite my weird exhaustion (I should be over this now, right? I am nearly 20 weeks along, which is half way!), today was simply lovely. Dreary autumn days are always full of memories just waiting to be made. I am so glad that we could have some to make today. I am hoping tomorrow will be just as memorable, albeit slightly more productive! 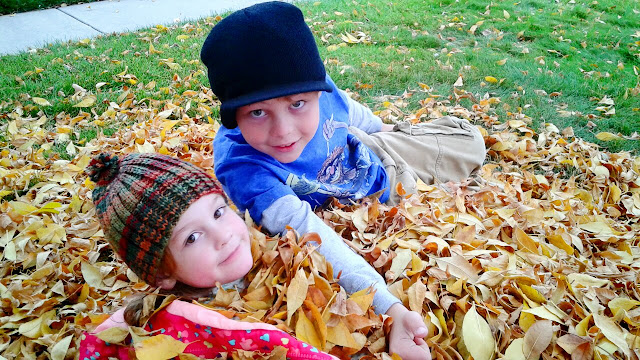