Summer or If You're Not Barefoot Than You're Overdressed 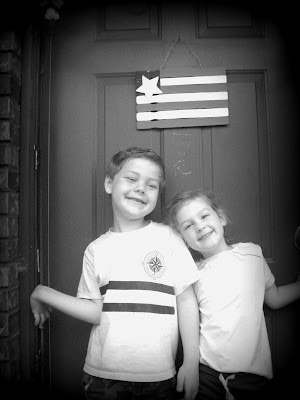 At the risk of sounding melodramatic, the plague has returned to Moon Hollow and is tormenting my family.
And by plague, I mean that awful lingering cold that completely knocks you off your feet and makes you crawl beneath the safety of the bed covers, huddled fetal style, whimpering and begging for health to return. The cold with accompanying cough that rattles your bones and makes you believe in the Big Bad Wolf who could blow down a house with the power of his lungs, and you secretly wonder if there is good money in it and contemplate hiring yourself out because the force of your coughs just might put him out of business. At least we are keeping the tissue companies in business.

Beth and I have been using all our medieval magic to dispel this plague for nearly two weeks now. And by that, I mean taking vitamins and patiently waiting with the understanding that colds just need to run their course. The rest of the family was hit with it this week, though.

Last night, Jeffrey had decided enough was enough. No more staying up late due to the continuous coughing. He put his foot down...

... and sent me to the pharmacy at 11:30 to see if all the Nyquil commercials are true. I purchased some, brought it home, and together, we took our pills, turned out the light, and lay in the moon glow illuminated room, waiting for sleep to overtake us. It felt like we were participating in something akin to the Heaven's Gate cult, and we couldn't help but giggle at the absurdity of our austerity in taking the medication. After a bit of chatting, Jeffrey noted that I was too tired to continue talking as I was laughing at everything unfunny, and gasping from laughter over things that were funny. Which is one of my quirks. When I get to a certain point of tiredness, I laugh and laugh and laugh. It is one of Jeffrey's favorite things about me. Keith does it too, and I have to admit, it is awfully entertaining to witness.

I guess I passed out shortly after that. I don't remember. I do remember vastly enjoying the coolness of my pillow and the weightlessness of sleep when it was irrerprehensibly interrupted by the sweetest little voice singing "Moooommmmyyyy. Moooooommmmmmyyyyy," increasingly impatient with each syllable. I sighed, bid my dreams adieu and willed more than pulled my sick and tired bones out of bed. I know, though, no matter how tired I am and how much I want to stay in bed, the moment I open the door to Beth's room, I am always rewarded with the happiest smile and squeal which always makes it worth it, and I would gladly crawl off my death bed for such a greeting that only a child can give its mother.

Beth's contagious delight for the new day soon erased all longing for my bed, and I was able to match her joy as I got her out of bed and changed her diaper. Together we went into the kitchen and she immediately began demanding "foodie," while I cooked breakfast.

Today is the last day of school, you see. We usually eat oatmeal or eggs and toast for breakfast, but today, I decided to surprise Keith with a fancier breakfast of pancakes. Because for special occasions, you have to pull out the big guns. Like pancakes. In the eyes of my children, "Them's the big guns!" Keith did have an image crisis this morning, however. He got a haircut yesterday and hasn't quite figured out how to comb it. He cried for nearly half an hour because he thought his shorter hair accentuated his cheeks, of which he is incredibly self conscious. I have tried again and again to tell him that his cheeks are one of the things I love most about his face, but he doesn't care. I have tried to tell him that his face is very similar to his father's, and when he is older he will grow into his cheeks, and they wont be so prominent, and I will miss them immensely. He still doesn't care. Poor boy. It is hard to have a physical feature that you don't like. He sobbed, his body shaking against me, and he whimpered that everyone would laugh at him because of his haircut.

Shhhh! I have a confession to make, though. I sort of like it when he has meltdowns like that. Not that I like to see him hurting or sad in any way, but I love that he comes to me, and will sit by me and let me hold him and rock him, and try to make it better. I don't always fix it as quickly as I can, either, because I want to revel in the cuddling and the absolute trust he has in me. After hugging him for a bit, sympathizing with him and loving every single cuddle, I dried the tears from his face, looked into his sea green eyes, and told him I could fix it. I flipped the pancakes so they wouldn't burn, and pulled out the hair box (which is the box full of hair fixing things including spray bottles full of water, combs, gel, bows and hair clips), and silently laughed.

Keith was sitting on the stool, bracing himself for the spray of the water. His eyes were scrunched up tight, his shoulders drawn up to his ears, and every finger and toe was crossed. But not his arms or legs, because apparently that brings bad luck. I stood watching him rigidly flinch from anticipation of the spray of water that wasn't coming, and silently laughed. I wondered how long he could stay like that, waiting for something that wasn't going to come. The anticipation had to have been worse than the actual spray. Especially since I am always careful to not spray his face. Eventually, Keith squinted one eye open, and saw me laughing and watching him.

I explained why I was laughing and told him to chill. And then I sprayed him in the face with the water, and laughed even more. That boy really works himself up over things that don't matter. Especially since our spray bottle is a recycled mister. I quickly wet his hair, distributed gel throughout, and styled it. When I finished and he saw his reflection, it was like a brilliant sun-knight dispelling the dragon cloud darkness from his face. He grinned, gave me a hug and told me he loves his hair now.

Pancakes were then consumed, teeth brushed, shoes on, family prayer said, and Keith and I were out the door, excitement coursing through his body as we drove the carpool to school, blasting Alice Cooper from the speakers.

I am glad that little kids don't really listen to or understand lyrics completely, is all I can say. Aside from the allusion to blowing up the school, though, it is a very adequate song for the last day of school, I think. 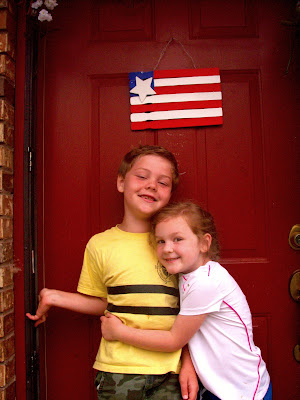 Now, the girls and I get to clean up the house, and bake a rhubarb pie. When Keith gets home from school we will eat pie, and then go to Adrienne's house where we will fill up water balloons, and ambush Avery (Keith's best friend and Adrienne's son) on his way home from school since his last day isn't until tomorrow. We hope to have an epic water fight today where we come home sopping wet and completely happy exhausted and full of popsicles. I think I may even let Keith stay up late tonight, as there is no reason not to. He doesn't have to get up early any more, until school is back in session. I am anticipating lots of late nights, popsicles, star gazing, and so much fun and outside activities.

In an effort to stunt the potatoes that grow on my couch each summer, I am removing the devices that make the television work since we don't get regular tellie. No Netflix, or video games this summer, until my kids have read 1,000 pages, and walked (or ran, or rode) 1z 00 miles. We are going to keep track, and Keith is going to learn how to ride a bike this summer. I am determined! Besides, summer should not be spent inside, it should be embraced with bare feet and koolaid mouths, bed hair and mud pies! As soon as we get the backyard put together I plan on attempting to get a reading hammock set up so that it will be more enticing for Keith to keep up with it. And thus, we will welcome Summer, in much the same fashion that Beth welcomes each and every day.
Creating Memories Holidays Keith New Beginnings School