Princess Faye and the Pear 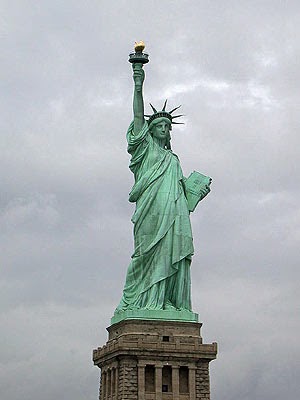 Remember a while back when I said we had been hit by the plague?

I had spoken too soon.

Last week is when we got hit.

I got strep throat and had an ear infection in both ears. It was miserable. It basically put me out of commission for most of the week. I really felt bad about not being there for the kids, but I had to rest so I could get well, and those three days of sleeping were heaven sent, aside from really putting me behind on all my duties. I was finally feeling mostly better by Friday, but that is the day Keith got the flu.

I am happy to report, though, that this will be maybe the third time this whole year that we have all been well enough for everyone to go to church. I am so excited to have my whole family with me! It has been such a long time. Wow.

Friday I was sitting with the kids in the kitchen having an afternoon snack. We had decided on pears. I cut one up for Beth, handed a whole one to Keith, and a whole one to Faye, and then blissfully sat down ready to indulge in the hilarity of the friendly banter between Keith and Faye, and the sweetness of that fruit.

The Ty Lee jumped up onto my lap and I absently pet her while enjoying the moment.

When my pear was half gone it slipped out of my fingers, bumped off the cat's back and onto the floor. I picked it up, dusted it off in case of any crumbs, carefully looked over it and picked off the 1 strand of cat hair, and resumed my posture of listening and eating, and thoroughly enjoying myself. Except before I had a chance to take another bite, it happened again. The pear slipped out of my fingers, bounced off the cat's back and slid beneath the high chair.

This time, I wasn't going to trust the 10 second rule.  I picked up my pear, took it over to the sink and rinsed it off. While I was shaking it, to get any excess water off, the pear once again slipped out of my fingers and this time dove straight into the drain.

That is when I finally gave up on eating it.

On Friday I was driving down the street and we saw one of those Liberty Tax guys out on the corner dancing and twirling his sign. The particular one we saw was an older man, looking like he was of the Woodstock variety. You know the type; long grey pony-tailed hair, sandals with socks on, sunglasses hanging from his shirt front. I pointed him out to Faye, who then began thinking.

"Isn't the Statue of Liberty supposed to be really big and far away from here, Mom?" she asked.

Proud of her critical thinking skills, we had a conversation about where it is located and how that man was just out there as an add gimick. He was just trying to get people to go visit their place of business.

Silence for a few seconds and again, she asked, "But I thought the Statue of Liberty was a girl."

I laughed and told her that she is right, and that I loved to see her mind thinking and figuring things out.

After we had driven in silence for a little longer, She asked one more question.

"Mom, why is the Statue of Liberty so important anyway?"

I about burst with pride at that question.

We then talked about the symbolism and beautiful invitation, and how it was a symbol of freedom and peace to so many people coming to our land from Europe.  When we got home, we read the poem by Emma Lazarus.

Not like the brazen giant of Greek fame,
With conquering limbs astride from land to land,
Here at our sea-washed, sunset-gates shall stand
A mighty woman with a torch, whose flame
Is the imprisoned lightning, and her name
Mothers of Exile. From her beacon hand
Glows world-wide welcome, her mild eyes command
The air-bridged harbor that twin cities frame.

"Keep, ancient lands, your storied pomp!" she cries
With silent lips, "Give me your tired, your poor,
Your huddled masses yearning to breathe free,
The wretched refuse of your teeming shore;
Send these, the homeless, tempest-tost to me,
I lift my lamp beside the golden door!"

Seriously, I sometimes am blown away by the way she thinks about things, and tries to figure everything out. And how much she knows! Last night we were watching Big Hero 6 and I asked what the big blimp type things in the air were, and she said "They are wind turbines, Mom." Holy smokes! What 5 year old knows what that is?! I almost was embarrassed to ask if anyone knew what they were for. "They are supposed to help with the pollution, I think." was her answer.

In other news, my phone finally bit the dust yesterday. I had not been able to connect it to the computer for a while, it said the drivers were bad, or something along those lines. And then it would randomly hang up, for no reason at all. It refused to hold a charge longer than 30 minutes, and finally, yesterday, it wouldn't let me get past the lock screen.

I am not looking forward to having to take the time to get to know and customize a new phone all over again. But I am so grateful for the blessing of having a phone, so I am not going to be complaining on that one too much. Just mildly annoyed, I guess.

Finally, Faye has decided to take the Princess and the Pea approach to sleeping.

She says it is more comfortable that way.