Food Poisoning and Other Funny Stories

Showering is a luxury some mothers have to forgo. At least the long therapeutic showers where it is just the water, the steam and oneself enjoying the solitude, lost in thought, feeling the warmth of the water loosen any knots and the steam clearing the head. Mothers have to be quick. In, quick cleaning routine, out. If this rapid system is delayed by sweet intoxication of the persuasive steam, the solitude disappears. 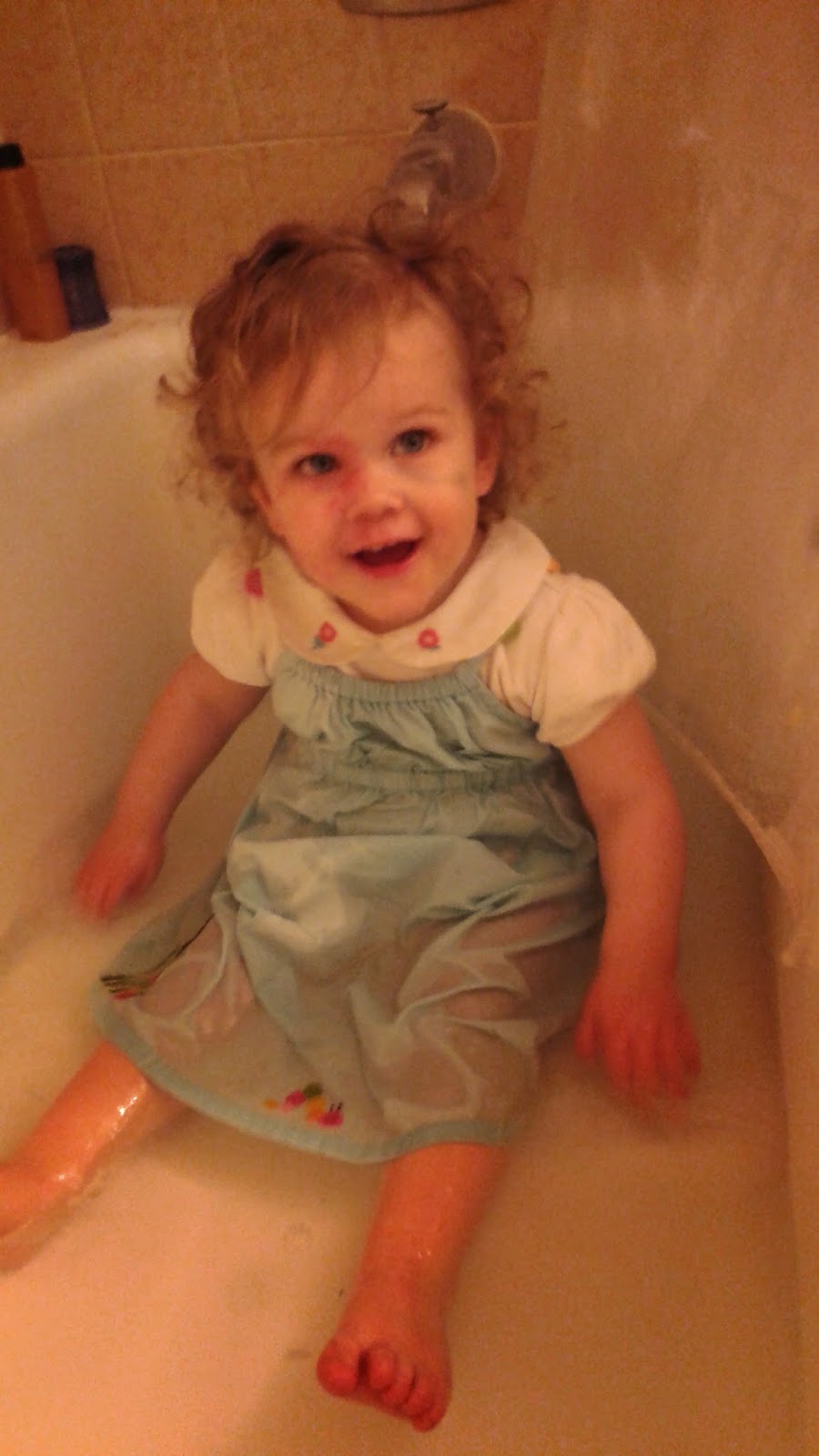 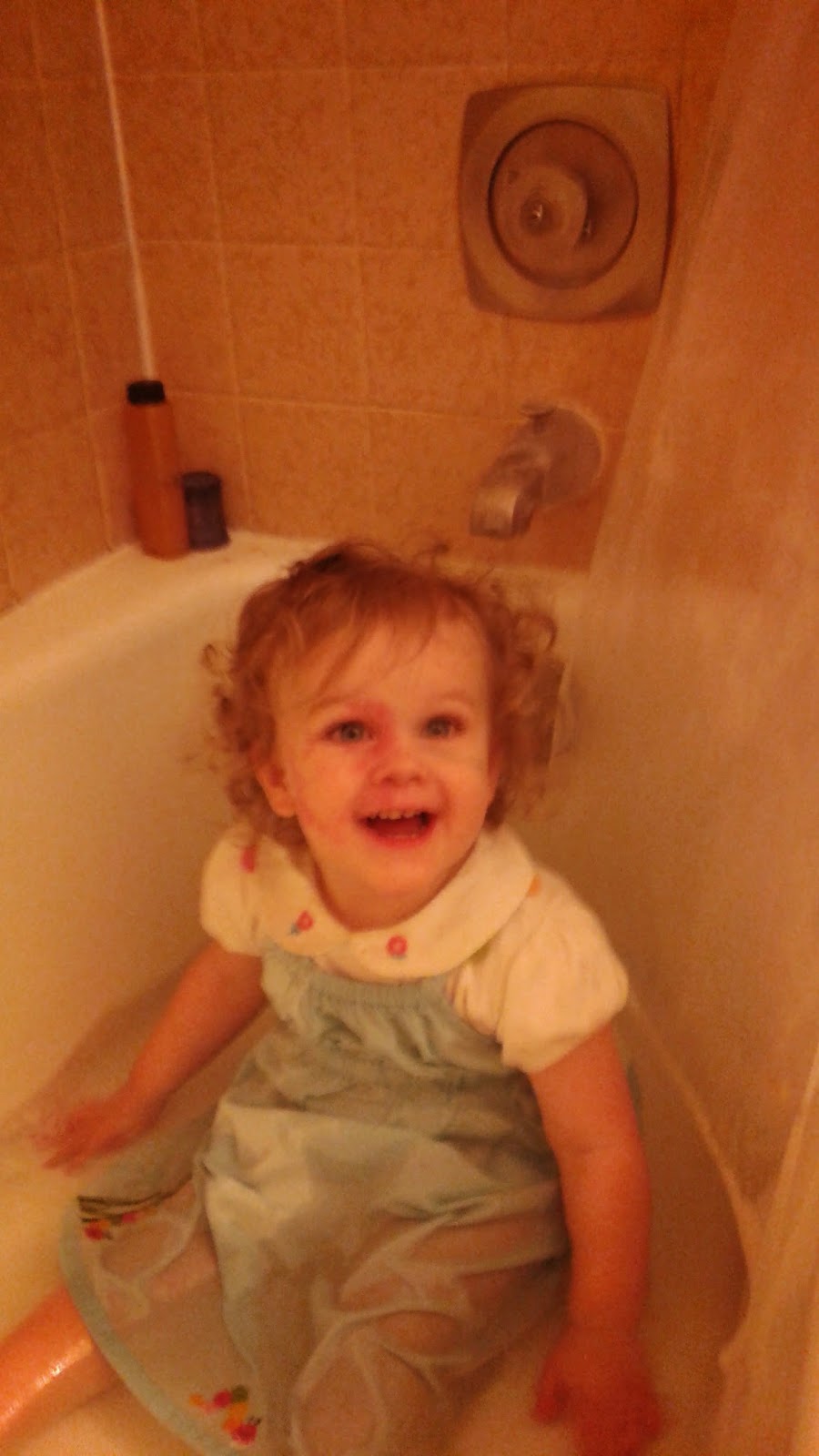 That little girl just climbed on in there, regardless of her clothing. And look at that happy face! Also, forgive the grainy blurry picture. Apparently my new phone has a lousy camera. Sad.

Yesterday I decided to go on a mad deep clean, which involved moving all of the furniture and scrubbing the floors. My house smelled, and I am so not okay with a stinky house! As I was scrubbing behind the couch, I found the source of the smell. Apparently Ty Lee got angry with us one day, or was tired of Faye not cleaning out her litter box, and decided to leave her mark. It smelled so bad! Happily, with a little vinegar, baking soda, and carpet cleaner, I was able to get the smell out of my house. Yay! While I was scrubbing the floor, the cleaners were sort of foaming. Faye was hanging over the back of the couch, and pointed to the foam, just as the curious cat was inspecting my work. 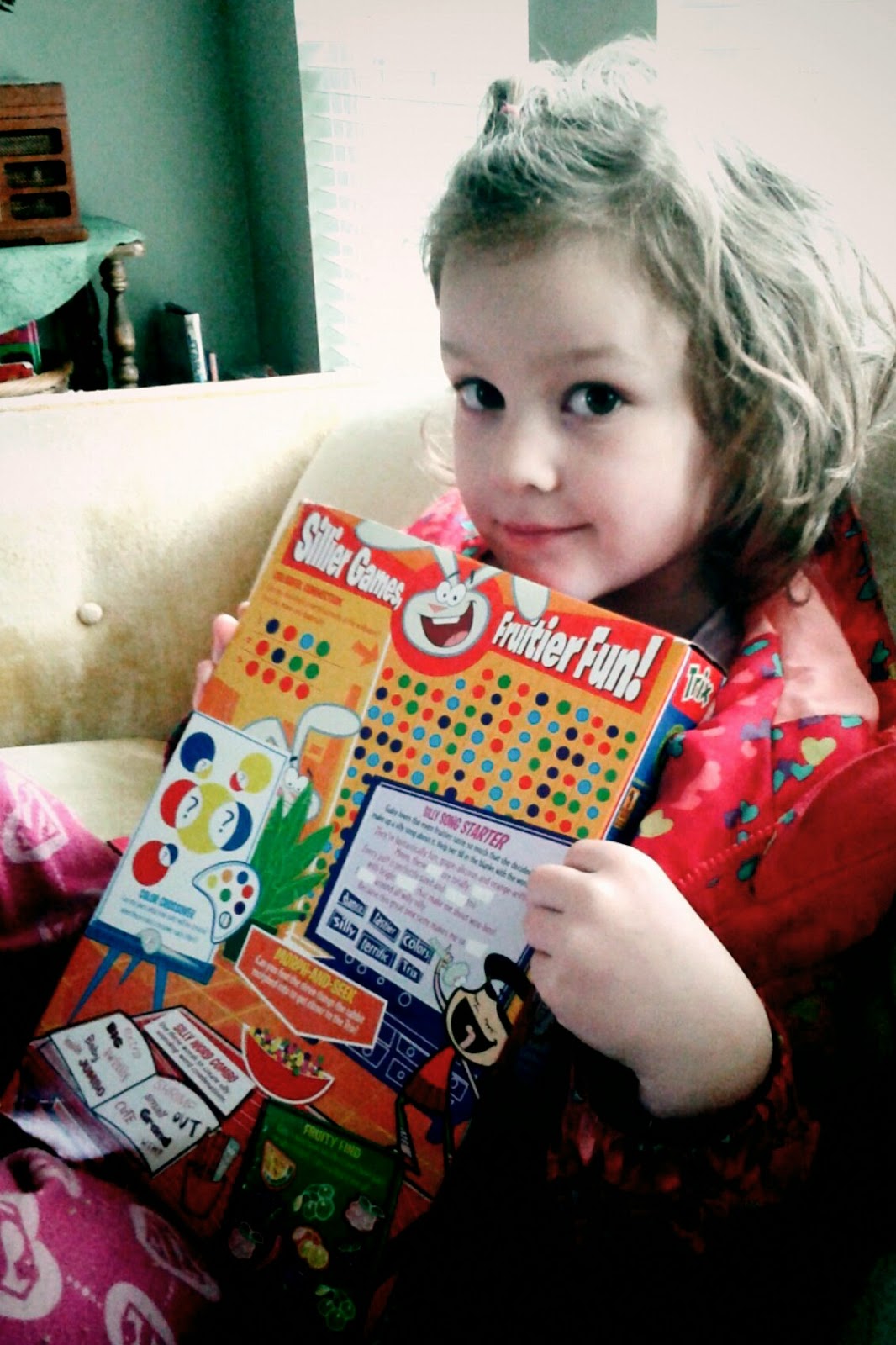 Shocked that Faye would say that, and also a little confused because our cat is a girl, and I asked her to say it again.

"I can see the cat's penis." she explained, pointing.

Still baffled, I asked her if she knew what a penis was. She suddenly didn't look as sure of her self and shrugged her shoulders.

"Oh! Never mind then," she said. It was funny to literally see the light go on in her eyes as she understood. She then climbed off the couch and skipped down the hall to play in her room.

I think everyone in my family got food poisoning except Beth and me. Sunday morning I was getting ready for church. I remember looking in the fridge and seeing a jar of red sauce I had made for book club in January. I thought to myself that I really needed to clean out the fridge and throw all that old stuff away. I made a mental note to do it on Monday, and then I went back to getting ready for church with a snack.

We get out of church at 4 o'clock, so I knew we would be having a late supper. As we were walking home from church, I decided to make things very easy on myself. I would make a bunch of popcorn and call it good.

Which is exactly what I did.

Being sick all the previous week had really taken its toll on me. I decided to take a nap after church. While I napped, Jeffrey decided he would be a super hero and make the kids a real dinner. Evidently he didn't think my popcorn plan was filing enough.

He made some delicious spaghetti and meatballs. He brought some in to me, who was napping. As he brought it in, he said "You should like this. You made everything except the pasta."

Those words made me nervous as I couldn't recall making any pasta sauce. He told me he had gotten it out of the fridge. I realized it was the same sauce left over from my book club, and there was no way I would be eating that, and they shouldn't eat it either!

And this is why mothers shouldn't nap. Or maybe they should at least keep the fridge cleaned out of grossly old food that still smells good due to the amount of garlic in it which overpowers and hides the bad smell.

Jeffrey, Keith and Faye all began throwing up the next day. They all complained of hurting heads and stomachs. Keith got it the worst, though. On the way home from school he began to throw up. When he got home he writhed around in agony and cried because his head hurt so much. Jeffrey got home from work and felt horrid as well, so I took the girls (Faye was better by this point. I don't think she had eaten much of the sauce), tucked the boys in bed, and went out grocery shopping.

When I got home, this was on the piano waiting for me: 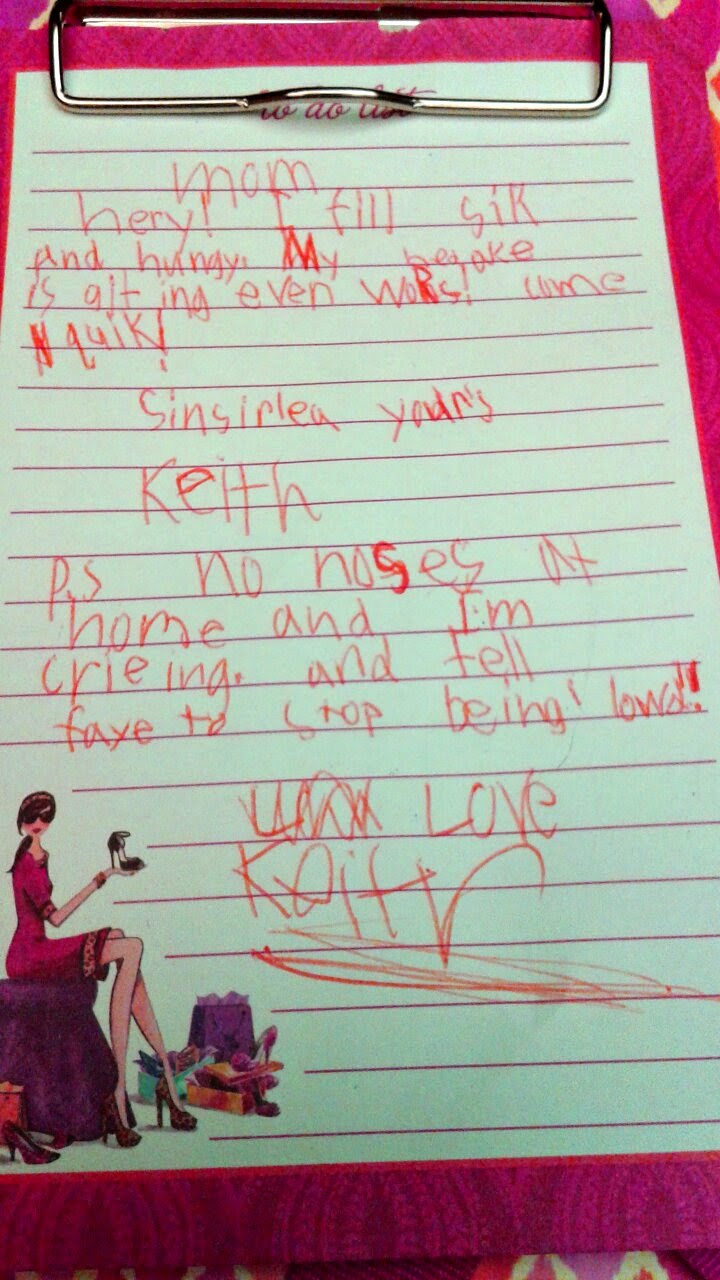 "Mom
Hurry! I feel sick and hungry. My headache is getting worse. Come quick!
Sincerely yours,
Keith
P.S. No noises at home and I'm crying and tell Faye to stop being loud!
Love
Keith"

The poor boy! He explained the last bit to me when I asked him about it later. Although it was quiet when he wrote the letter, he knew that Faye tends to be loud, so he was anticipating the noise, and wanted me to warn her to be so very quiet when we got home. That little letter broke my heart a little. He eventually fell asleep in my bed, and I got to cuddle him all night. He threw up again this morning, though, so he was thrilled to not have to go to school.

I am excited for him to be able to go back tomorrow, though. There is a lot less fighting when he is at school, and Beth is able to nap much longer when there isn't an older sibling skirmish to wake her.

All in all, though, I am just thrilled for us all to be getting well.

Food poisoning is no fun.