"You ought to know that October is the first Spring month." - Karel Capek

I couldn't have said it better.

This is my favorite month of ever, and today was the best kick start I have had in a long time.

Don't get me wrong, it wasn't all roses, but it was just what a day full of three little kids should have been.

When Keith got out of school, the four of us went for a drive.  We were out for our annual Mecca drive to see the leaves in the mountains.

On our way, I got extremely excited.  We passed a Barnum and Bailey Ringling Bros. Circus train. 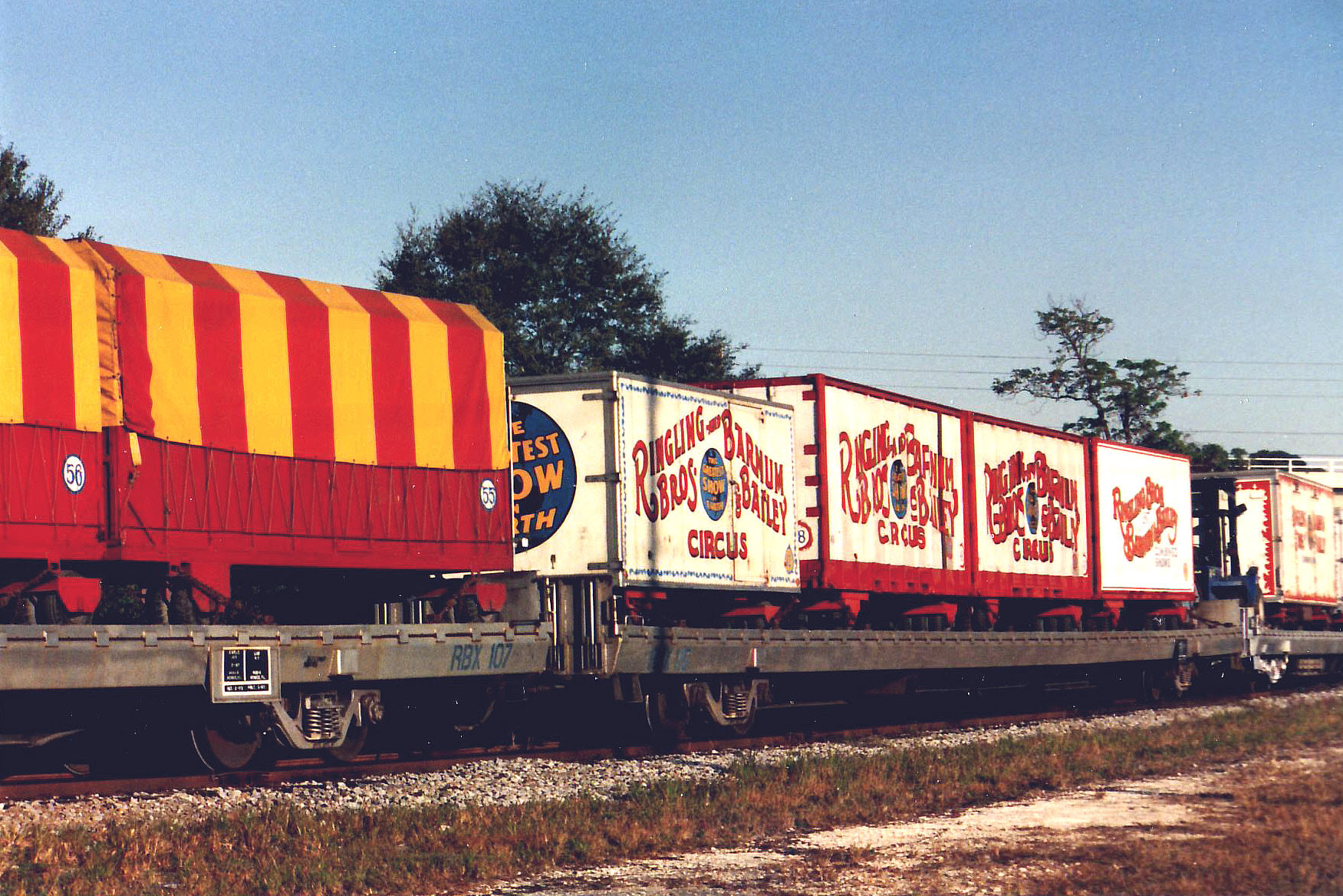 I squealed and did a happy dance in my seat, and watched to see the giraffe's head poking out of the top of the boxcars.  And to guess which one carried the elephants.

As for the leaves, sadly, I was about a week too early.

It is such a fickle thing, seeing the leaves at just the right time.  Either I get there too late or too early.  Very rarely am I on time to see the crowning majesty of those leaves.

But it didn't matter, because today was absolutely perfect anyway. 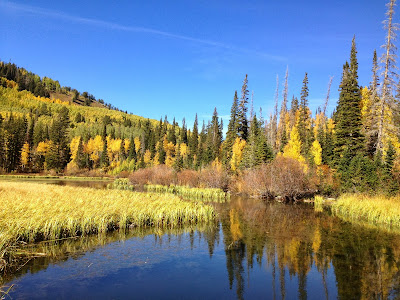 We got up into the mountains with no problem, except Beth began crying as soon as we entered the canyon. And Keith was convinced he was sick and was going to throw up and I needed to turn around immediately and go back home.  And when we got there he was sobbing that I didn't listen to him and he was sick and as soon as I opened the door, he was fine again.  And no worries about Beth, she was hungry and  when we arrived, I fed her while the kids played around the picnic area.  And then we went for a stroll around the lake.  Except that as soon as Faye saw the double stroller, she became convinced she, too, was sick, and needed to ride in the stroller.  I wouldn't let her as she had been sitting for a long while and needed to walk, and she whined and complained and earned an Emmy all the way around the lake.  And when we reached the exact half way point, Beth began crying inconsolably which reminded me that I had left her binki in the van.  I carried her while Keith pushed the stroller, to no avail.  She screamed the whole way back.  She was very tired and wanted to suck on something to soothe herself to sleep. 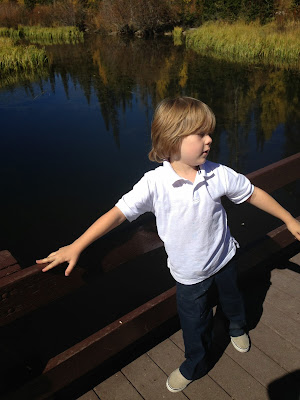 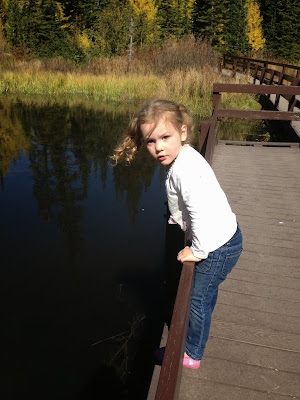 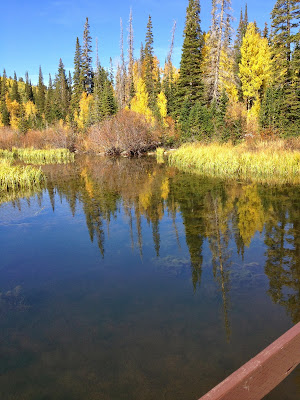 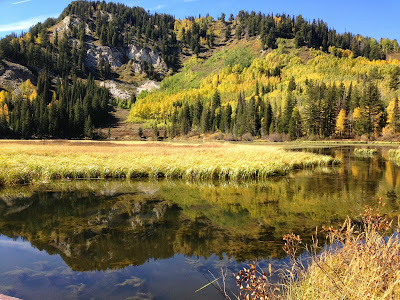 Despite all of that, I was in heaven.  It was probably 65 degrees.  The sun was out and wonderfully warm, and a cold breeze was blowing that rich October scent around.  Despite the chaos around me, it was absolutely energizing and heavenly.  I close my eyes and am back there instantly, basking in the smells and the glorious moment.  I would be lost without my mountains.  I truly love them. 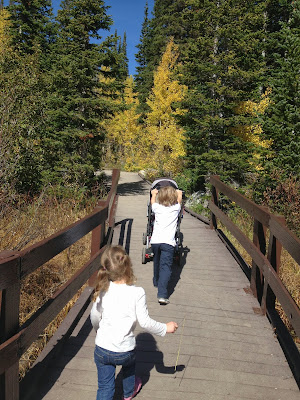 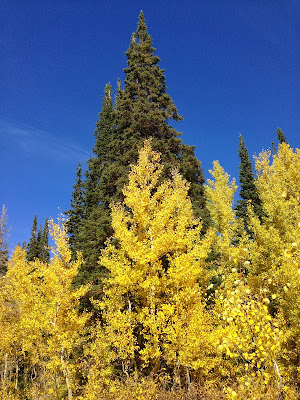 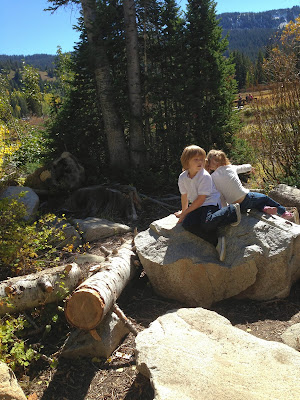 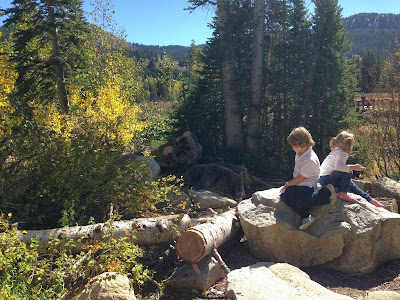 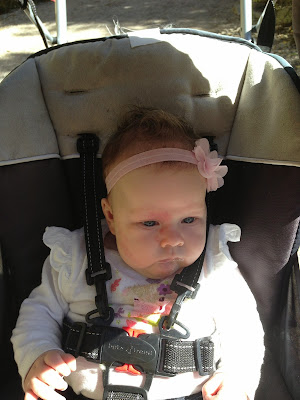 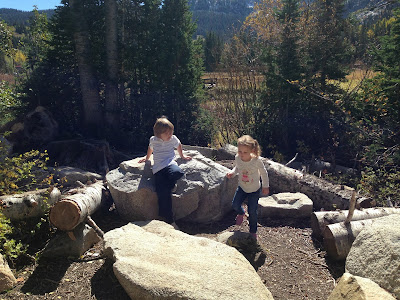 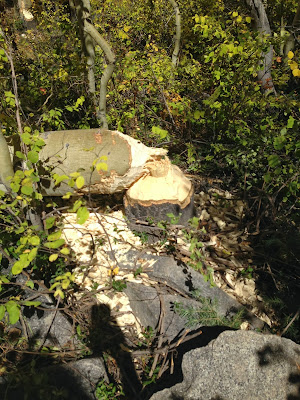 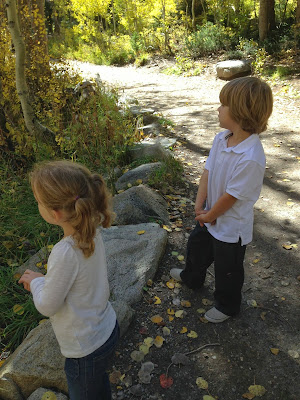 By the time we got back to the van, the kids had all calmed down.  I gave them some snacks I had brought along, and we decided to take the Park City way home.

I am not a fan of narrow roads, hairpin turns, sheer drop offs, and oncoming traffic.

Plus I am afraid of heights.

But when we got to the top, it was breathtaking. 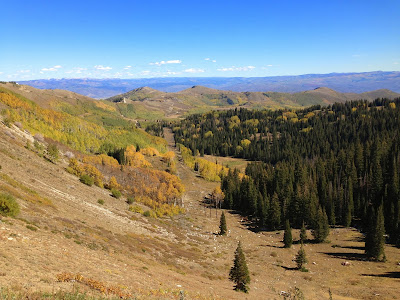 Worth the scary drive.

And then we went into Park City.

And then we decided to go to Heber to see the trains. 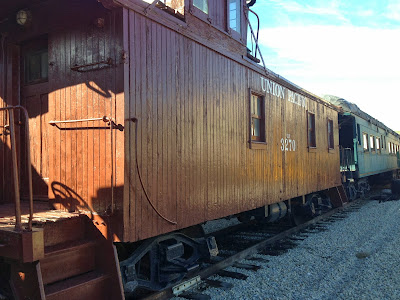 I love Heber.  I think I want to live there.  It is such a sweet small town in a beautiful valley.  I really fell in love with the place.  I had forgotten since the last time I was there how much it charms me. 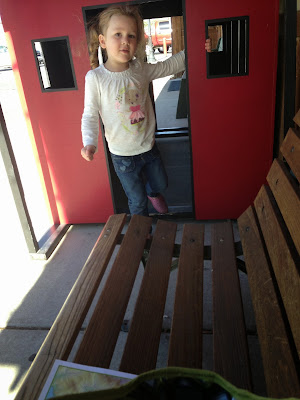 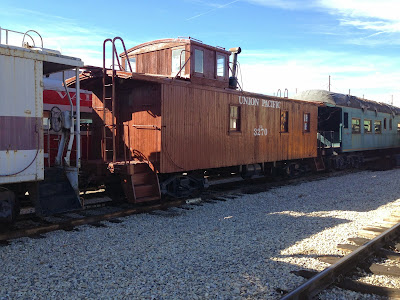 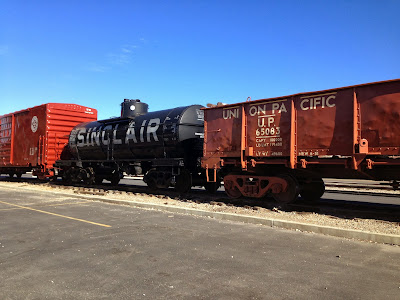 We were ten minutes late for the train ride.  The one with the robbery reenactment.

But it didn't matter, I fed Beth again while the kids played. 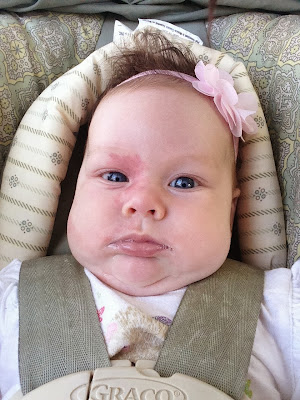 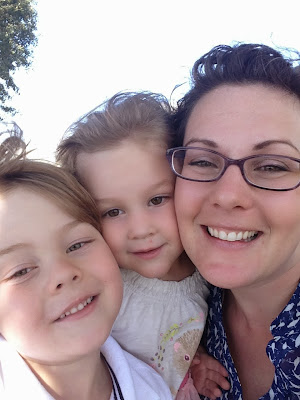 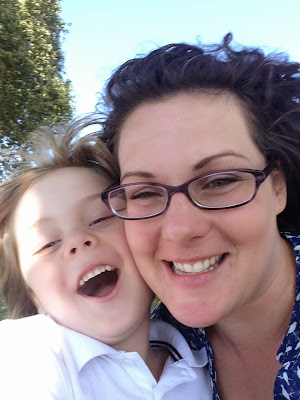 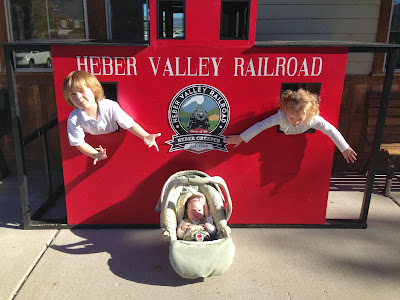 We went down to look at some of the trains and wished we could stay longer, but it was getting late and we needed to get headed home.

Again, taking the beautiful route through the back hills of the mountains, I was struck by the beauty of it all.  I sure love living in Utah for the majestic grace and love of it all.

The kids fell asleep on the way home.

Usually we watch a movie and eat lots of delicious junk on October first, but I kind of like this better.  We were going to watch Ichabod and Mr. Toad when we got home, but we ran out of time.

No worries, though, because we have the rest of this best month to do all of our usual things.
Beth Creating Memories Faye Keith Motherhood Nature

Emmy said…
I love that even when things don't go quite right, like Beth screaming around half of the lake that you still enjoy the moment and see the good things. That is such a gift.
October 2, 2013 at 10:51 AM

And that circus train is right out of a movie...