It was dark, which meant it was very early, but through my dreams I could hear noise.

After a long while of listening to the noise, I realized I wasn't dreaming, and someone (Keith) was up watching TV.  I cursed myself for forgetting to turn off the power strip and cringed as I leaned over and woke Jeffrey up as gently as I could.  He is not a morning person and can be a little grumpy when it comes to missing out on his sleep.  I convincingly explained to him that Keith doesn't really listen to me, but listens to him very well and so it was up to him to send Keith back to bed.  Jeffrey grumbled and only needed a little pushing from me before he was sitting up on the edge of the bed, and another gentle nudge before he was drunk walking down the hall, leaning on the walls for support.  Again, not a morning person.

"What kind of crazy person is watching TV in the middle of the night?" he slurred.

I had to smile as I listened to the exchange.  Keith's groan and Jeffrey's catalectic speech.  It was absolutely adorable.  Keith did go to bed, and Jeffrey tripped back to ours, already asleep before his head hit the pillow.  Forty five minutes passed, and Beth decided it was time to eat.  Which is lucky, because Jeffrey was going to be late for work.  When Beth was finished eating, I heard the noise of the cartoon robots fighting again.  With a sigh, I headed out to the living room, and turned off the tv once again.

I decided I needed a better way to confront the evilness of the brain sucking tube and enticed Keith to cuddle with me while we finished up the great and epic battle of Harry and the Basilisk. 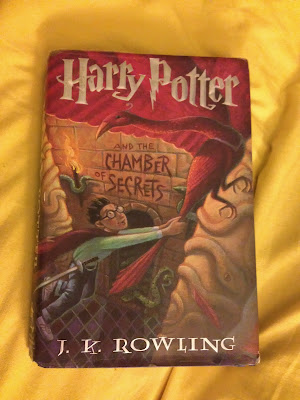 While Keith was at school, Faye and I ran some errands and picked up supplies for our Harry Potter Party. It was a very spontaneous affair, what with having just finished the book.  We watched the second movie and drank our Butter Beer. 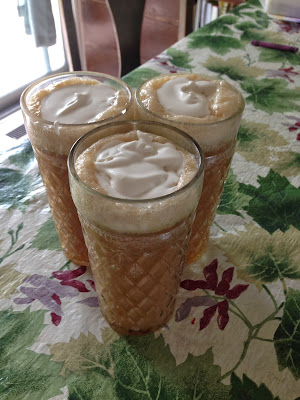 Which was really gross.  I will never use that recipe again, and for our next HPP (Harry Potter Party), we are going to make wands, and try a different recipe for Butter Beer, because, really, that kind was just plain gross. 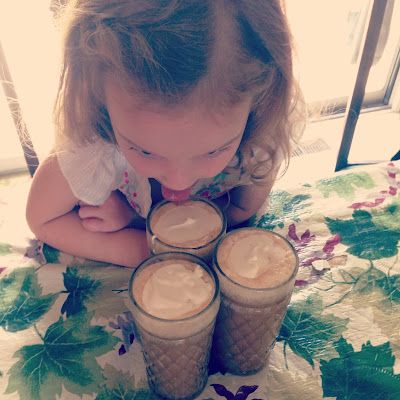 Ever since we finished the second book, we have been playing Harry Potter.  I am Ron (I get a kick out of doing his voice.  It is my favorite.), Keith is both Fred and George, Faye is Hermione, and Beth is Ginny. 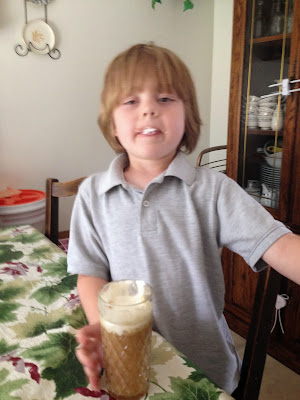 Every time we get in the car, we have to play.  I am getting a little tired of always having to be Ron.  But I absolutely love that they are taking off with the characters from a book we read.

Emmy said…
Good good for you! So do you do voices when you read? I definitely read with a lot of inflection but I have never really been able to do voices.
October 9, 2013 at 2:56 PM

Susan Anderson said…
That's great that they are taking the story and running with it. Great imaginations!