The Moments I Live For

Especially for being a laundry/cleaning day.

Especially because I was out of clothes, and therefore had been wearing dirty clothes all day.

It was still a wonderful day.

Because sometimes, despite all odds, the day is just fantastic, and there is nothing you can do to mess it up.

And it all started because we were out of milk.

For starters, it was Friday.  To me, that doesn't really mean a whole lot, other than I have very little time between dropping Keith off at school and picking him up again.  Early out day, you know.  This is the joy of having him go to a school that is twenty minutes away.

After picking him up, I decided we were going to go to the next town over to get some milk from the dairy as we were all out.  Since Keith's school is three towns away, and the dairy was just one more away, I figured it wouldn't be too much a waste of gas to go there, and as I said before, we were out of milk.

I got us some lunch and milk at the dairy, and things were going really well.  Keith and Faye were playing quietly in the back seat, Beth was sleeping, and I was happily lost in the dulcet tones of a local band called Book on Tapeworm, singing about the apocalypse.  And it was raining lightly, which happens to be some of my favorite weather.

As I took the freeway home, I was a little surprised to see that our exit was being worked on, and therefore closed.

Which automatically meant that I had to go through the mountains to get to the next exit.

We drove, and I oohed and aahed out the window, pointing at everything like I always do when we go through the mountains, barely watching the road because there is so much for my eyes to take in.  We looked for caves in the mountain hills, counted the cars on the three trains we passed, tsk'd over the low level of the river but loved how it bounced over the smooth rocks peeping out from the riverbed like shy children.

We got to the town, and I was possessed with my typical mad spontaneity and decided we would go for a drive through the valleys and canyons of the mountains and look for the beautiful colors of fall. 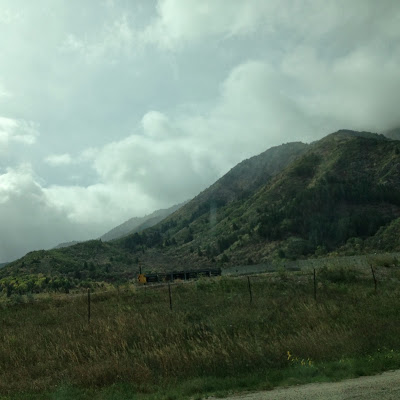 Beth was sleeping soundly, so why not? 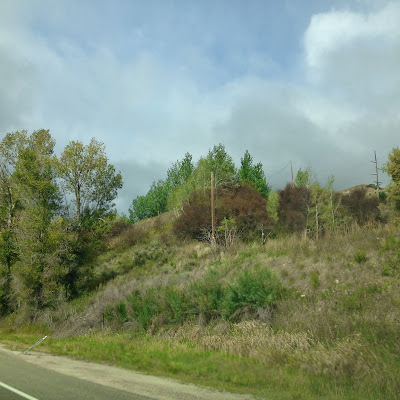 And that is what we did.

I wish I hadn't been driving so I could have taken some decent pictures.  But that is always the case. 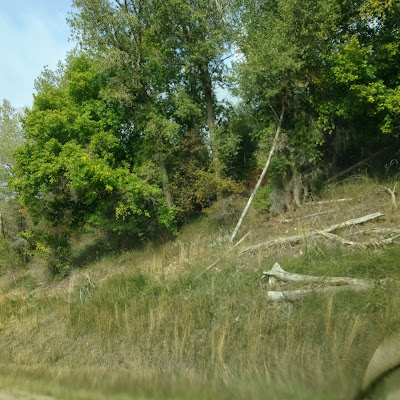 As we drove, and the rain misted our windshield, I felt so cozy and happy.  The mountains really regenerate me.  Even just a quick drive through, not stopping and getting out.  It works wonders! 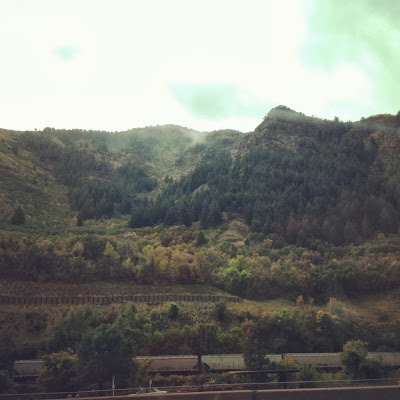 While I drove, I squinted through the rain, looking at it and not the road.  We were the only ones on the road so I wasn't too concerned about shifting the focus of my eyes to see the tiny falling raindrops.

The rain was fluffy and white and hit the windshield with a decidedly lovely smacking sound.

I told the kids to look at the rain and tell me what they saw, and the happiest girly squeal emitted from the back seat, drowning out the loathsome groan.

My kids don't hold back on how they feel about things.

Faye was so happy to see the snow and instantly began making plans for her snowman princess village.  She talked non-stop once she saw the snow.

Keith just groaned anytime anyone tried to pull him into a conversation.

"It can't snow before my birthday!" he said decidedly.

Which makes me laugh, as that is something I have always said.  Snow in October, fine.  Snow before my birthday?  Scandalous!

The snow only lasted for five minutes, but it was lovely as it fell, and I was happy we were able to experience it.

We decided it was probably time to turn around as half the people in the vehicle needed a potty break.

We got home, and I began cleaning.

Laundry day and dirty clothes, and I had gone out in public, remember?  Desperate times, people.

It was still cold, though.  Keith and Faye went outside and played on the trampoline in a hail storm while I folded clothes and sorted clothes.

They came in rosy cheeked and breathless, my favorite way to see them as I know they are playing hard and moving their little bodies around, which Keith doesn't do nearly enough.

We decided we needed a fire tonight. 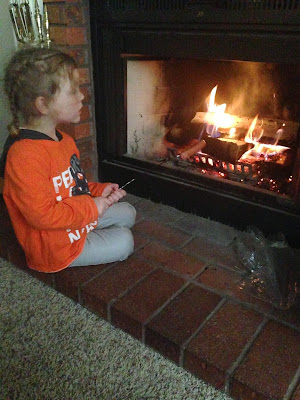 When we finished dinner, Keith and I plopped down in front of that fire and proceeded to do our reading.  Harry Potter book 2. 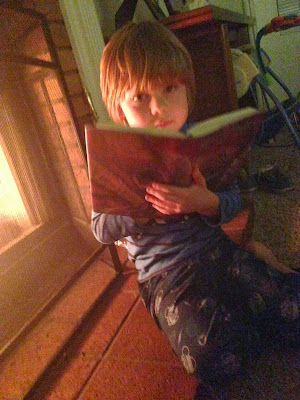 Laying on the rug in front of a crackling fire and letting the words of the book weave a story of imagination and impossibilities through our heads was pure heaven.  When I finished the chapter I asked Keith if he wanted to stop and he begged me to keep reading. 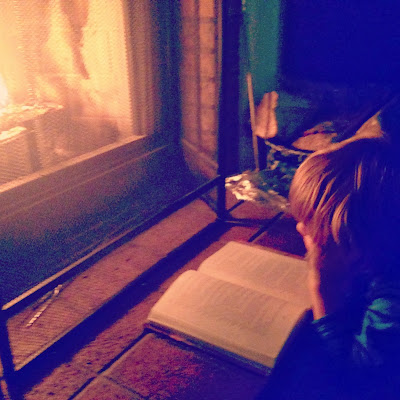 It is for moments like that which I live for.  The bonding and the learning.
Creating Memories Keith Motherhood Nature

Susan Anderson said…
I love your spontaneity. Your kids are lucky!