June 20, 2013
Years ago, I had a friend from Venezuela.  He was a great guy.  Somehow he discovered my birthday, and surprised me with the most delicious cake I have ever had.

Picture a deep and rich satiny chocolate that sort of curls around your mouth, making itself at home in the crevices.  A chocolate so deep and dark merely closing your eyes could render you lost.  And that was just the base of it.  There was a fudgey ganache that drizzled over the edges, adding to the richness.  And then.  Then, on top of it all, he had a raspberry syrup which was dripped onto the ganache and oozed over the edges.  Raspberry and velvet dark chocolate married to the perfect combination of heaven for the taste buds.  As good as it was, you could only eat a very small bit at a time because it was so rich.  Which was a new thing for me, because moderation with sweets was something unheard of.

I remember that cake so well because I savored every bite.  I did close my eyes and get lost in the flavor.  I have never in my life had a dessert to rival it.  And I don't even like chocolate!

Today was a day like that magical birthday cake.  Surprising in both its arrival and its deliverance.

I had no plans for the day, which is a rarity for me.  We just took it easy.

I got a lot from my to-do list done, while I watched the kids playing happily.

And they were so happy to play together.

Every time I peeked on them, I was struck by the "Awwww factor."

They were so cute and fun and happy to be together, it struck me with so much gratitude to be their mother.

After lunch, they went outside and jumped on the trampoline for a bit. 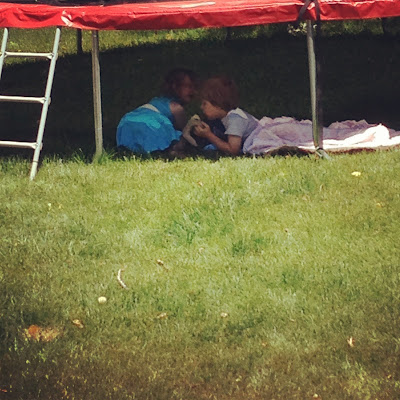 Next peek, they were under the trampoline sharing secrets. 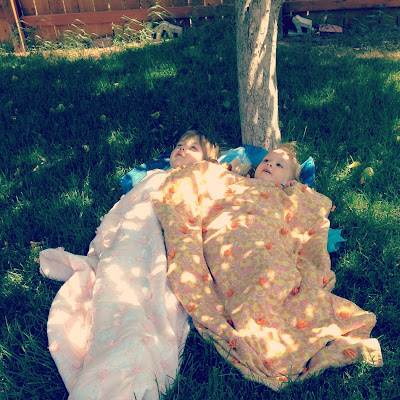 And then, they were under the apple tree taking a small nap. 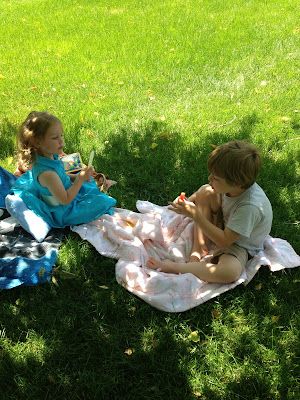 Again, I peeked and saw them eating otter pops beneath the green branches of the tree. 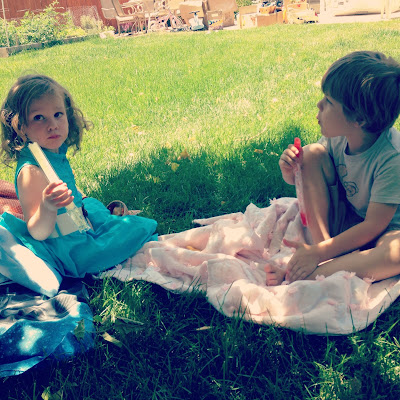 Another peek, they were reading, still under the tree.

I finally decided to go work somewhere I couldn't see them, because I couldn't resist their cuteness.

And it continued on, up until 9:30, far past their bedtime, when we finally decided to tuck them in because cute or not, they needed to get some rest.

Today was that fantastic chocolate cake kind of day.  Every moment was perfection wrapped in sugar and cream.  I wanted to just hold it in my hands until the very last moment melted away, and then take the melted moment and freeze it, and enjoy it all over again, over and over.

If only I could track my Venezuelan friend down and get his recipe so I could at least enjoy that again, as we all know, moments are fleeting.
Creating Memories Faye Keith Motherhood

Crystal Collier said…
Your kids are so adorable! Quin has been away at scout camp this week, and I'm remembering how easy two is--how well they play together and entertain one another. The third really is the chaos factor. Still, you gotta love what each one adds.
June 20, 2013 at 11:17 AM

Susan Anderson said…
Thanks for sharing this particular slice of "cake" with us. It was delicious!

Jenny said…
I'm glad you shared this cake with us!

Emmy said…
Love love days like that where they just play and play and get along like you always hope and dream
July 1, 2013 at 4:07 PM

Anonymous said…
That looks so delicious. That is amazing that it is so good that you don’t even like chocolate but loved the cake. The rest of your pictures are so beautiful. Thank you for sharing. 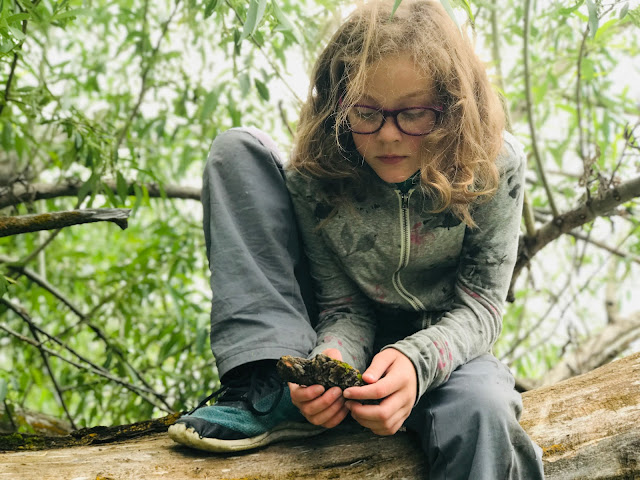