During breakfast, Keith informed me that we were having school time at 9 o'clock.  For an hour and a half he kept asking me if it was 9 yet.

When 9 rolled around, he went into his room, pulled out a piece of his race track to use as a pointer, and school began. 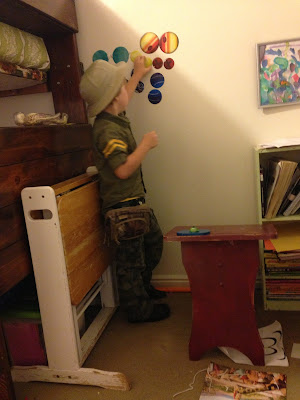 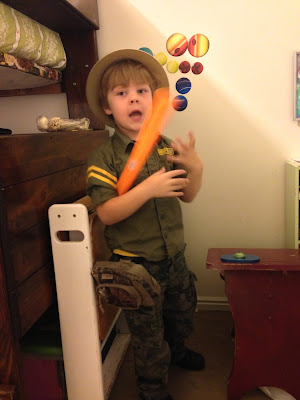 He spent the next 30 minutes explaining the exact formation of a planet. I was impressed by how much he actually got right!  He told me that when a star is very old it will sometimes explode, and all the dust particles from the exploded star will have a magnetic charge and gradually attract each other until it has a big enough mass to form a planet.  And then the moon keeps falling into the planet, but the planet moves out of its way just in time so it never hits it and that is how it always goes around. 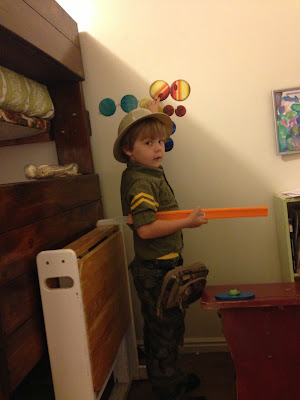 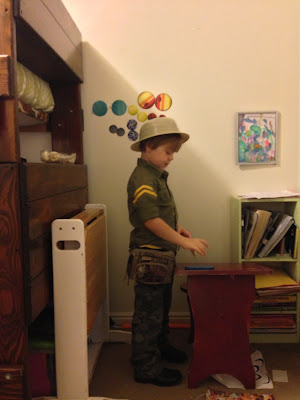 I can't believe he actually understood all of that so as to be able to repeat it and teach it!  He was adorable in his military uniform, though, complete with his Sunday shoes.

After a while of listening to Keith, I realized it was awfully quiet and had no idea where Faye was.  I found her outside, feet and ponies buried in the sand. 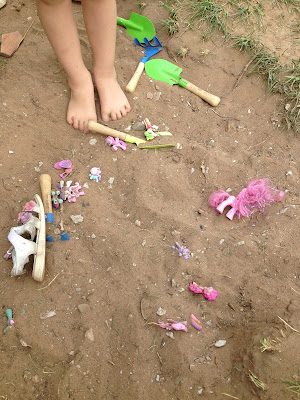 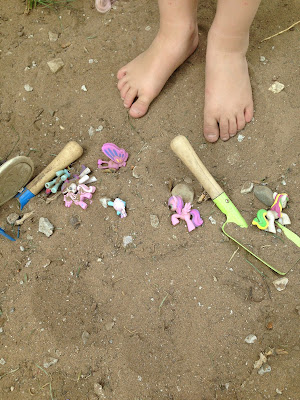 Faye spent a few hours out in the sand pit.  As soon as it was warm enough and the ground soft enough, the kids dug a hole in the middle of the yard, and their sweet grandparents let them keep it to play in.

Since the weather is warmer, it means Faye is almost permanently without shoes. 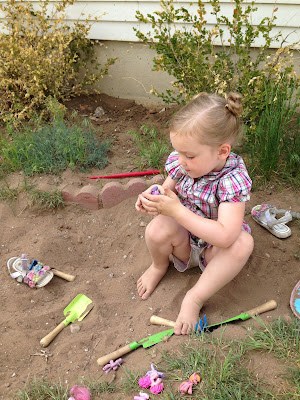 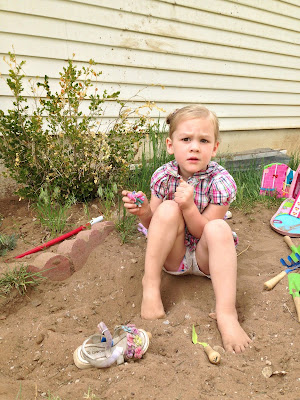 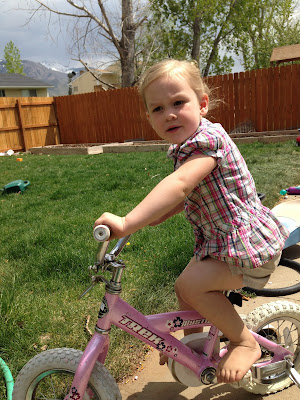 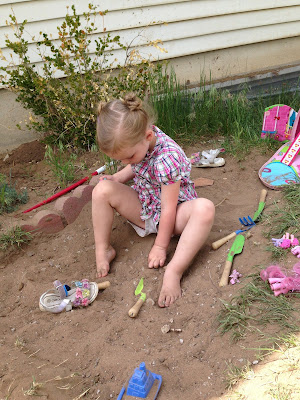 Eventually the day got a bit cooler and began to sprinkle, so Faye came in.  The windows and doors were open, and we all relished the sweet musty smell of newly wet dirt and plants.  Keith and Faye began playing some sort of hiding game, it made me laugh to see their little feet peeking out from beneath the blanket.  Jeffrey calls them his Bobbins, and they make such a delicious morsel of a burrito, don't they?  A Bobbin Burrito. 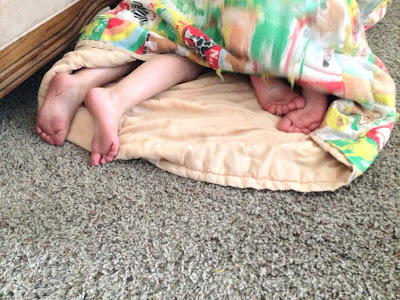 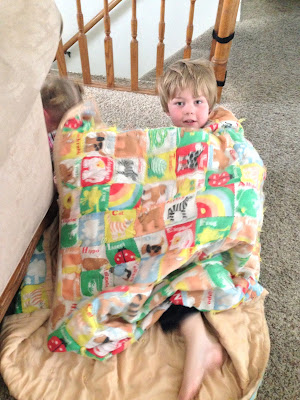 Today was lovely.  Cloudy breezy days are my favorite.
Motherhood

Susan Anderson said…
What a cute photo with their "bobbins" sticking out!