I don't have the patience, I get just as frustrated as the kids do when a concept is hard to understand, and my dedication and attention span are about as long as the kids'.

Jeffrey, on the other hand, is a natural with our kids.  He can turn everything into a game.  From cleaning up their messes, to  understanding the concept of gravity, he is so patient and can explain things in such a way that the kids love to learn from him and basically do anything he asks.

Yesterday, out of the blue, Jeffrey suggested we have a family meeting.  I called the kids together, and just as bewildered as they, we listened to what Jeffrey had to say.

It was a bribe.

As soon as Keith could recognize all the numbers and count up to 50, we would give him a lego set.  As soon as Faye could recognize and count all the numbers up to 20, we would give her some new My Little Ponies.  As soon as they went to bed last night, we went to the store to get the bribes and place them in a place they would see and could work towards, but would be out of reach.  High up on the top of a cupboard, waiting for them when they awoke.  It was to inspire them.

Today was lovely, as Sundays should be.

I feel like too often we are rushing our Sundays to be somewhere, and we don't often get to just relax and be with each other with no other distractions.  Jeffrey and I decided that we needed a little of that in our day and so planned accordingly.

After church, the kids were excited to work on their numbers.  We went over them a few times with Keith and Faye, and then decided it was enough and we would do other things.  Keith, however had different ideas.  He worked on his numbers all day long.  He said them over and over and over.

When we first began he couldn't count to 20 without mistakes.  15 would get mixed up and 17 didn't exist.  Over and over those two numbers kept tripping him up.

And then he got it.

He moved on to bigger numbers.  The twenties were easy.  All except for 29 which insisted on being missing when it was its turn.  "28, 30."  29 was just being naughty.

Yet Keith kept working on it.  He didn't want a break, he wanted those legos.

It was really hard for him, and he tried everything he could think of to get it right. 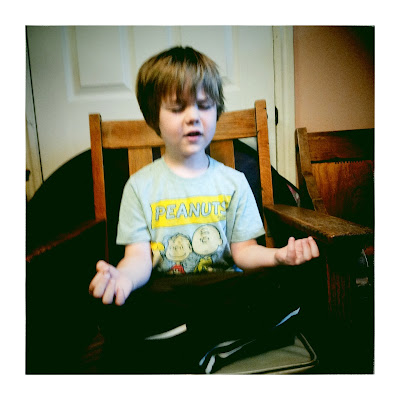 He cried, claiming it was not fair, and it was too hard.

And then he would take a deep breath, calm himself, and start again.

We tried to convince him to take breaks.

We tried to tell him it was a goal he could take a week or even two to work towards, he didn't need to do it in one day.

He looked at us from beneath his long hair, shook his head, and with a determined set of his jaw and another deep breath,would begin again.

He worked through dinner, quietly repeating the numbers to himself.

After dinner, Jeffrey was reading a book and I was trying to talk to him (for some reason it seems people are more interesting when they are in the middle of reading a book).  Keith sat on Jeffrey's lap, quietly saying the numbers.

He seemed a little surprised that he had done it, but was anxious for his reward.

We laughed and Jeffrey told him he needed to sit in the official counting chair and officially begin while we were both paying attention.

Keith sighed, walked over to the chair, sat up as tall as he could,clasped his hands, took a deep breath and closed his eyes.

He said them calmly and rhythmically, a metronome of numbers.  He didn't trip over any, and he said them as if he had been counting to 50 his whole life.

He got his legos. 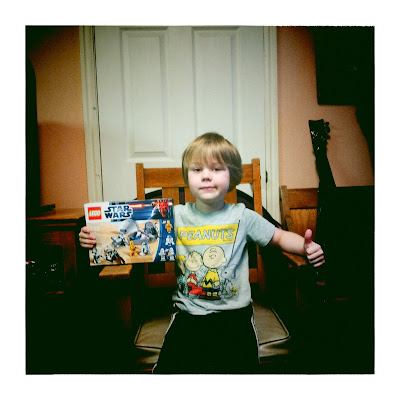 He is thrilled, he just didn't know how to pose. 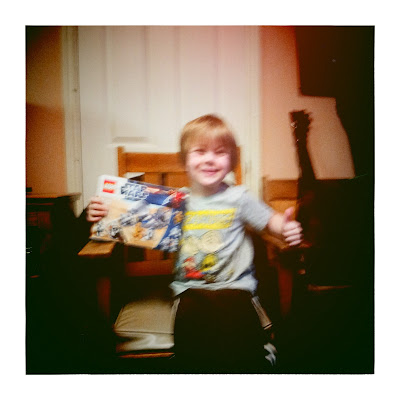 I was laughing so hard at his silly smile, I was shaking while I took the picture.  Hence the blur. 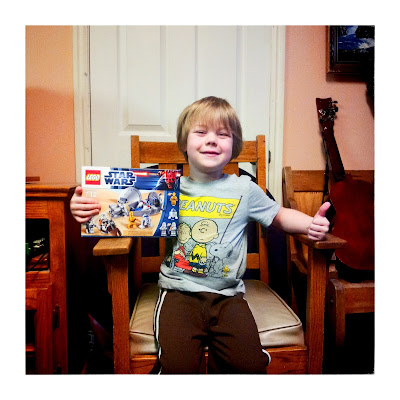 I am so impressed with the tenacity of my son.  I didn't know he has such determination.  I didn't know he could work so hard towards something.  I know he feels proud of himself, and that sense of accomplishment is making him walk on air right now.  Or play legos on air, since that is what he has been doing since he completed his goal.  I almost hate to send him to bed because he earned playing with them.

Faye, on the other hand doesn't really care to learn right now.  The ponies aren't tempting her all that much.  Maybe Keith can help her with it.

Susan Anderson said…
Good for him! That quality of determination is going to stand him in good stead as he matures.

Of course, I don't believe you about being too impatient to teach, because I think you've got me, hands down, on that one. (But guess what I do all day?) I think sometimes we forget how much patience we've exhibited when we've spent the entire day WITH the kids, versus when someone who's fresh from being away from the kids sits down with them. You're an excellent mom, Amy.
April 17, 2013 at 4:50 PM