March 25, 2013
March 16th my stud muffin nephew was in a play, so I drove out of state to see him.  Just me.  Jeffrey stayed home with the kids and gave me the wonderful break.

He was Mister Brook in Little Women and was dreamy.  16 and has a full beard, I mean, how manly can you get?!

It was a lovely break.  I stopped and visited Lisa and her new baby. 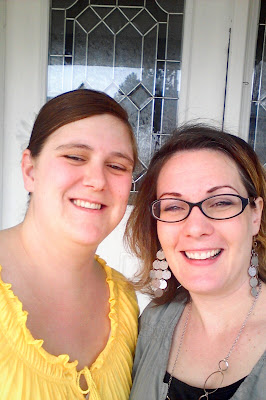 Finally got a picture of the two of us!

I then visited with my Mission President. I always leave there feeling like a better person when I visit with my old president.  I just love him and his wife.

Sunday morning was St. Patrick's day, and I was sad to miss it with the kids.  I talked to Jeffrey later that day, and he said that Keith had awakened around 4 that morning just to see if the Leprechauns had visited.  He didn't look for any treats, or the gold, he just wanted to see if there were green footprints in the house.  Funny boy.  Evidently St. Patrick's day is the new Christmas.  He did go back to sleep and then woke everyone up in the house (for a second time) around 7.  Because that is the time he is allowed to leave his room.

I went to church with my sister's family, and then after church, a miracle happened.  I took a nap.  I was shocked that I did, since I haven't been able to nap since my mission.  She pointed out the fact that I was tired, and had no responsibilities made it easy for me.  She was right.  She is a counselor, after all.  And then I woke up to the most beautiful smell ever.  Food from Saudi Arabia.  Oh. my. goodness!  It was incredible. The spices were so savory, and reminded me a bit of curry, but different.  They have an exchange student living with them from there named Abdula, who taught me the correct way to eat the food.  With the right hand, using the thumb and first two fingers.  It looks easy when he does it, but let me tell you, rice with just three fingers is not something easy to do.  After dinner, I then drove home.  It was my father in law's birthday, and I had missed it due to the play and my trip out of state.

Last week was a bit of a blur.  It was a busy and fun blur, but I don't remember much of it.  Especially because I didn't take pictures.

Today, the sun was gorgeous.  The day was gorgeous.  I convinced Keith to go to the gym with me.  I haven't been able to get him to go with me for such a long time as it is normally a huge fight.  Today was a miracle.

After the gym we had some errands to run, and because he was so good, we stopped for lunch.  They liked it, I was less than impressed. 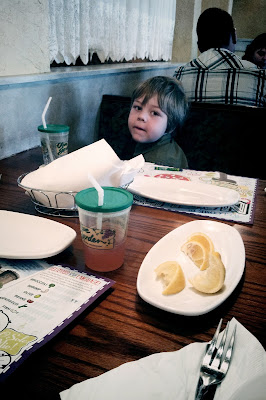 But then!  Oh boy, then the day got really good.  We found a wetlands refuge and decided to play there for a while. 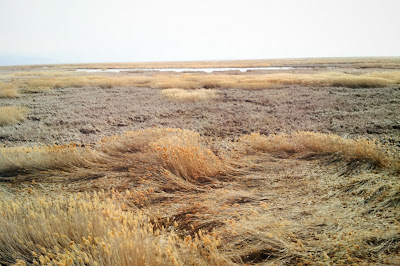 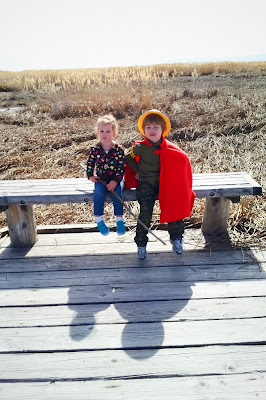 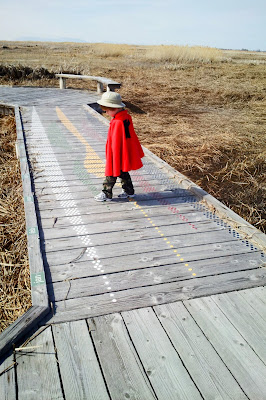 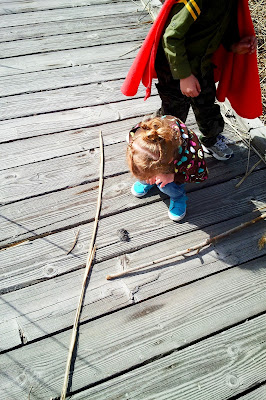 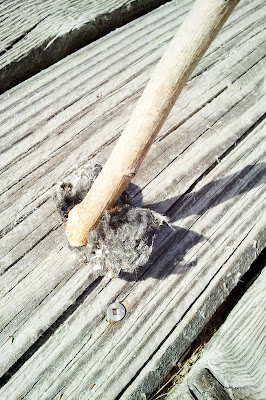 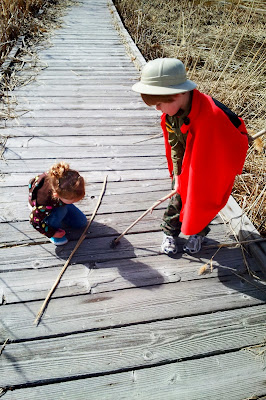 Tried to guess what animal bones were in them.

We found tiny bird skulls, which as gross as it sounds, were actually quite fascinating. 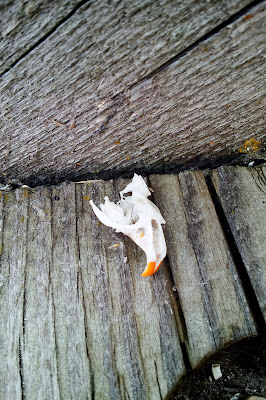 Keith was decked out in his army gear, pretending he was running in the jungle. 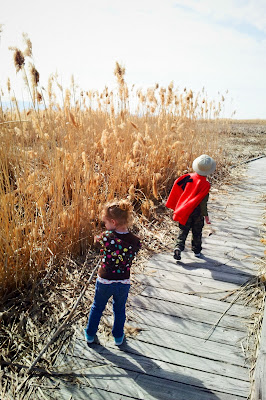 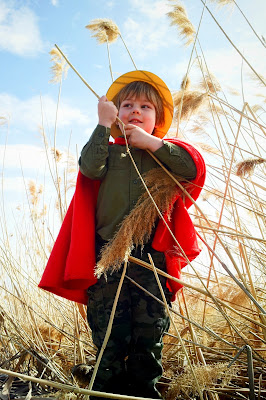 Faye just had fun running around. 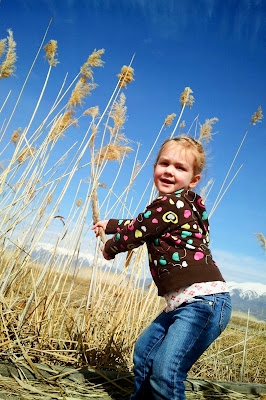 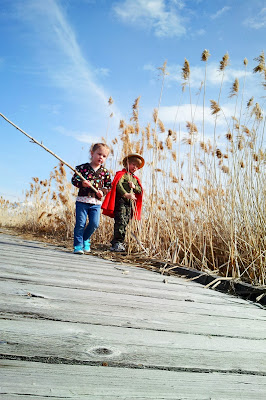 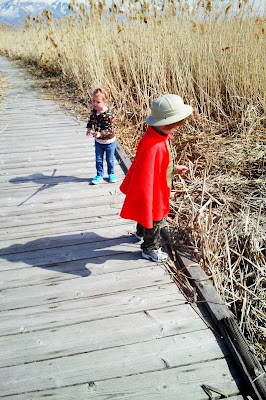 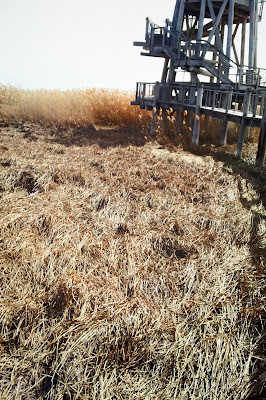 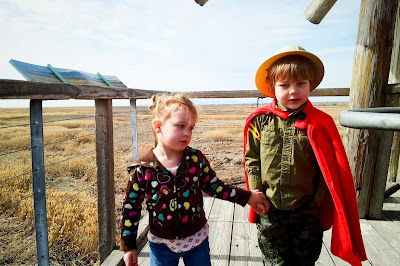 Keith is rather afraid of heights, and when we were up in the tower, Faye, the more adventurous one, held onto his hand, lovingly coaxing him to the top, and then guiding him back to safety.  It was a sweet sight to behold.  All that big brothering returned by the little sister. 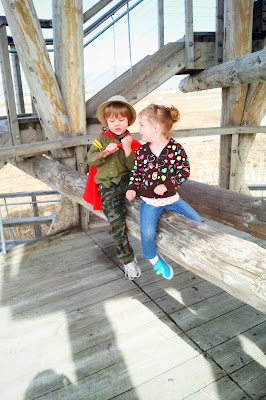 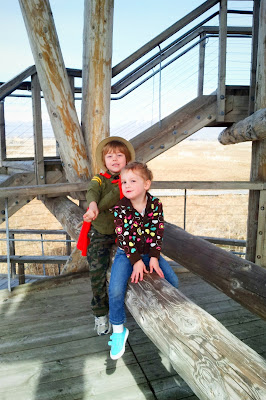 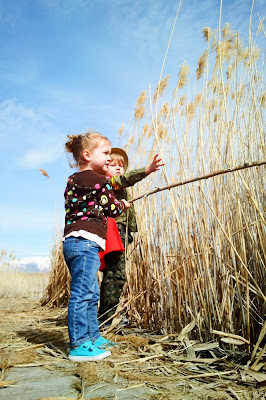 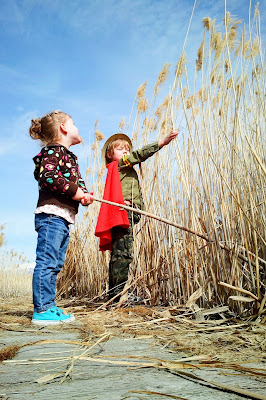 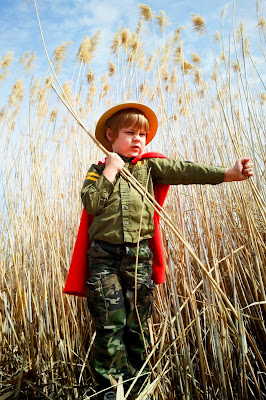 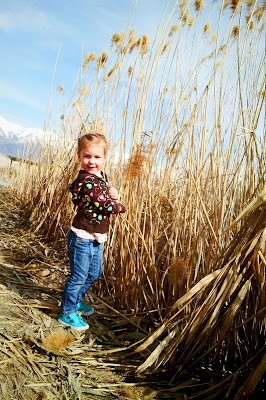 And then the kids found a little pond.

Which Faye promptly fell into.  Of course. 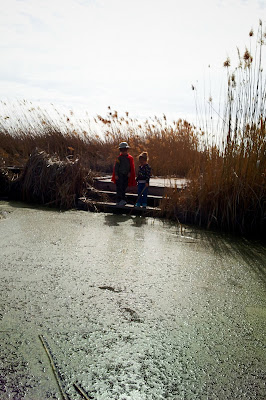 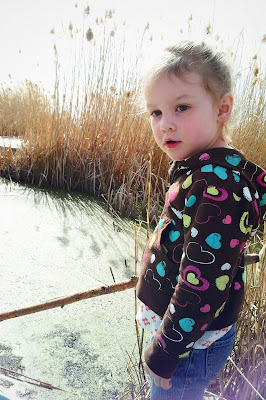 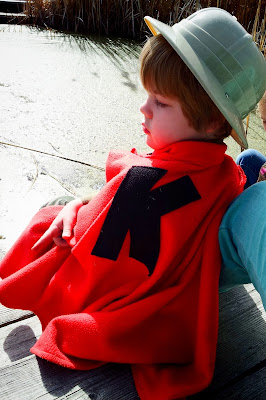 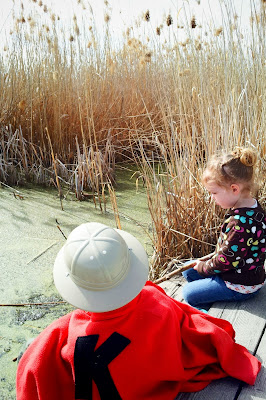 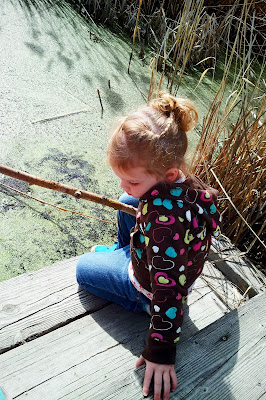 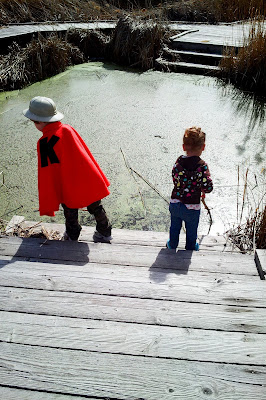 The best part of all, both kids want to return soon.  As do I.  Before the mosquitoes hatch, anyway.

My town seriously rocks.  There are so many wonderful places for us to explore.  Utah is beautiful.  Especially with kids.  The end.

Chantel said…
I always think of you on St. Patrick's Day because after reading your blog a few years ago and all the fun things you did on St. Patrick's Day for your kids, I started incorporating them. My kids will be forever thankful as now the Leprechaun visits us!!!
March 26, 2013 at 10:16 AM

Susan Anderson said…
What a marvelous adventure of a day you had!

And I'm so glad you got a little R & R for yourself. It's so good to get away now and then.

Emmy said…
Such fun pictures!! Love the one of them walking together that is kind of at an angle, right after Faye in the tall grass, seriously cool shot.

How fun that you got to go out of town yourself and see your nephew in a play.

Xazmin said…
Utah IS beautiful! And now I want to play outside! Only it is almost 2 a.m.

It really sounds like you had such a lovely time, and hearing about the Saudi Arabian food seriously made my mouth water!
March 28, 2013 at 1:37 AM