The last week of February. It was a doozy.

March 03, 2013
The kids are playing with their food in the kitchen.  Faye is pretending her dinner is a chicken that is trying to eat her, and Keith is encouraging it by laughing blithely.  I love watching them play and hearing the happy noises they make.  The sky is that cool slate gray color which means night is coming and it is time to slow everything down.

We have had a very busy week.  Lots of playing out in the sun, letting the fresh air invigorate our spirits and our moods.  There were many outings to parks with friends, to museums, and to our own backyard. 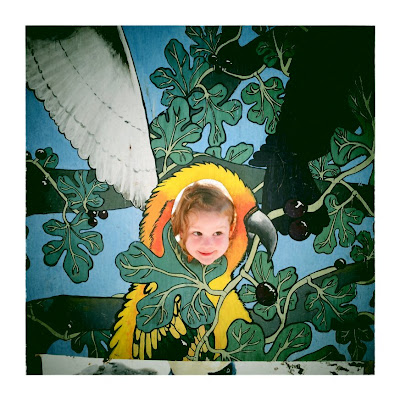 My favorite part was watching the dog venture into the backyard.  He gingerly tiptoed through the snow, carefully choosing his steps in the crunchy snow until he reached the very back corner of the yard.  I watched through the window as he flopped down in the only spot of grass, his body just small enough to lay there comfortable, and I swear he wore an idiotic grin of rapture as he rolled around in that grass.  He did it for a good five minutes, and I know just how he felt.  Spring is coming, and it is absolutely manipulating our little world around it.

Earlier this week, Faye informed me she was no longer Faye.  She was running around in Keith's black soccer shorts, falling off her little waist, and one of his t-shirts, which hung on her like a night shirt.  Her curls were hanging down her back in a tangled mess, and she was running around the house like a barefoot feral child.  I called after her, curious as to her get-up, and she responded "I'm not Faye anymore, Mom, I'm Dude.  Call me Dude."  For two days, she and Keith pretended she was "Dude" and she refused to answer to anything else.  Yesterday morning, she came into my room, all smiles and cuddles.  She had in her arms purple stretch pants and a purple shirt.  Her clothes.  "I am not Dude anymore, Mom.  I am Faye again.  I like being Faye." she informed me.  I let her nuzzle into my lap in an extra tight bear hug, inhaling her sweet hair and so happy to have my little princess back instead of a wild "boy" who would not let me touch her hair.  It was in a sad state after her refusing to let me comb it for two days!  I love that my kids have such active imaginations and love to play together so much.  I was especially happy that she had decided to be the cute girl again, although having "Dude" around had been quite fun as well.

My girl is adorable.  Have I mentioned that?  Earlier this week we were sitting on my bed and Faye wanted me to read to her.  Since it was a baby book, the first words type with pictures and the name of the picture beneath it, I asked her to read it to me as she is fully capable.  She turned around on my lap, dropped her book, and said with arms spread as far apart as they would go, and eyes wide to emphasize her point, "But I need a bbbbiiiiiiiigggggg woman to read it to me!"  Always hearing a three year old say woman cracks me up.

Yesterday Jeffrey and I were out running errands, and I think I was either really tired or my hearing is going. We walked past a worker at Home Depot, and he said "Hey, watergate."  I swear that is what he said.  It was bizarre.  I didn't know how to respond to him as I couldn't figure out what on earth he had meant.  So I walked past very confused.  Later in the day, we were in the car and Jeffrey said something, only I heard "I feel naked." Which is not at all what he said.  I told him what I thought he had said, and he laughed, told me he liked that better than what he had actually said, and never clarified.  It happened again, only I never figured out what was said.  It was a long day, I guess.

After all our errands, Jeffrey and I went on a date.  It was so much fun!  I don't remember a time when he and I laughed like that, all night, a constant barrage of laughter filled our lungs and ached our abs.  We went to Lamb's restaurant, which is the oldest still functioning restaurant in Utah.  Delicious food!  Afterwards we went to The Leonardo (which is an art, science, and technology museum) and saw the exhibit of mummies they had there.  It was very disturbing and I was certain I would have nightmares.  I did, but not because of the mummies, oddly enough.  The mummies were from all over the world.  Some naturally mummified, and others artificially mummified.  The ones I found most interesting were the ones from Europe.  They were naturally mummified, of course as that is not really a European practice.  When we got out of the mummy exhibit, we had 10 minutes left to explore the rest of the museum.  I absolutely want to go back there and leisurely go through as there was so much to see and so little time!  When the museum closed and we were forced to leave, we decided a real date like that isn't complete without ice cream.  We picked some up on the way home and continued our talking and laughing.  I sure love my husband.  He is the sweetest guy ever and though we may not be completely compatible, we work through it and love the differences we have.  I am beginning to think that we have grown so close because of our differences.  Which is in everything, as you know.  But after a night like last night, it is easy to remember how and why I easily fell for him the first time.

Today was an extremely laid back day.  Faye and I stayed home from church as she has a nasty cough and a very sore throat and runny nose.  Poor girl.  She doesn't act sick, but we didn't want to pass those lovely germs around to others.  A whole lot of books were read, some CareBears were watched, and we snuggled like we were the only two people in the world.  I am so in love with that girl.  She really does light up my life.  I sometimes borrow trouble worrying that our bond will one day slacken and we will grow apart, so now I am doing everything I can to keep us close.

After she and I napped, I decided it was time to have some family time.  We called the boys up and played games together the rest of the afternoon.  Jeffrey lit a fire and we laughed and played and loved up the afternoon. 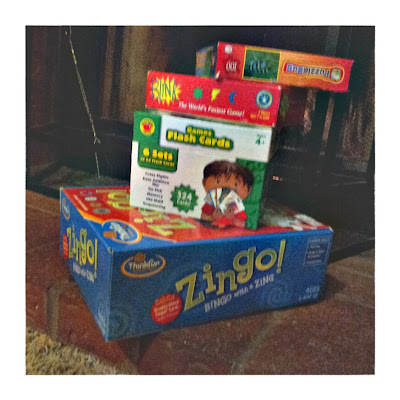 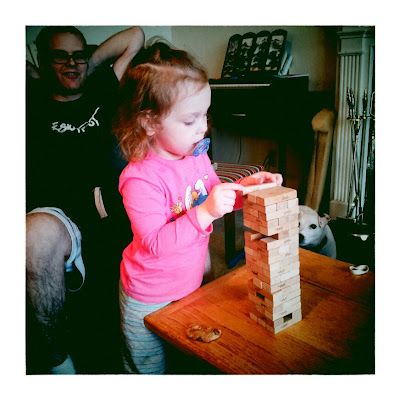 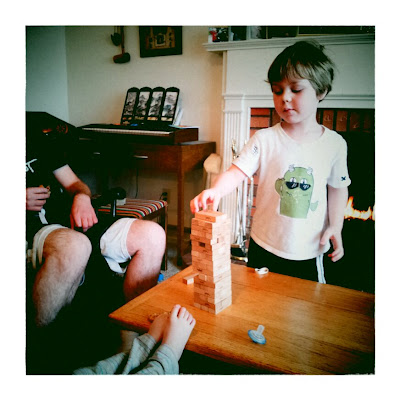 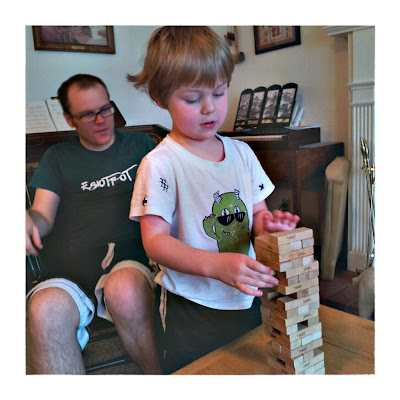 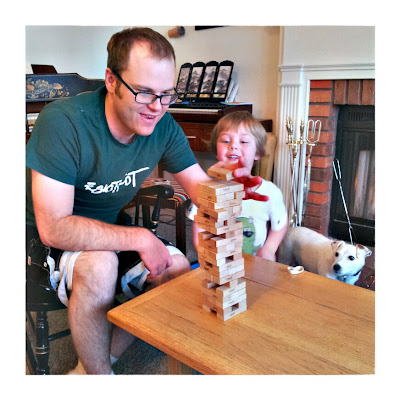 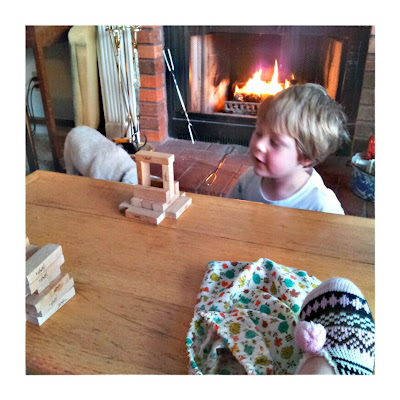 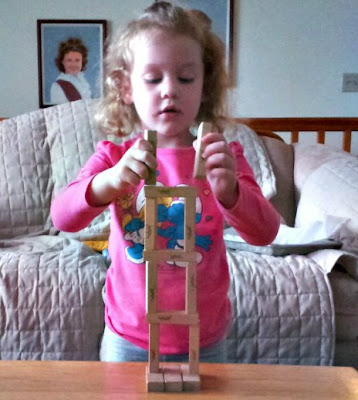 Sunday's are the best days when they can be spent with those I love most in the world.

I am ready for this next week to slow down a bit, though.  It isn't looking like it really will, but a girl can hope, right?
Creating Memories Family Time Fun with Jeff and Amy

Myya said…
I adore the imagination that your kids have. Seriously, is there anything better then pretend! Dude... that is sooo funn!!! My girls have a few imaginary friends. My middle one started them when she was 4, but she always would say to me while playing with them "you know they aren't real mom, they peeetend", well my littlest started playing with them with her & now a year later the middle one doesn't really do much with them but the little one makes me buckle them into the car & swears "They ARE real mom!!!" LOL

Crystal Collier said…
Life doesn't really slow down, I don't think, but our capacity to deal with more makes it seem that way. =)

It's hard for me to believe there's snow anywhere in the world. We haven't seen it for four years, and I'm definitely not complaining. We shoveled enough of it our last year in upstate NY to last a lifetime.

"Dude." That cracks me up. Kids are so funny. Random told me the other day I should have named him "Rand-bomb." *shaking head* Silly.

--And yes, Jeff is pretty darn awesome, but I have to say you are equally so. I'm still blown away about the fact you two ended up together, but I couldn't have made a better match. =)

Hope you find some calm this week to smooth over the busy.

Emmy said…
That was a great week! And so good to get out on dates, it really makes such a difference.

And love that she was Dude for two days! My kids will often play and imagine and pretend but I don't think they have ever kept at one thing for that long of a period of time.
March 4, 2013 at 10:48 PM