That is always a happy surprise.

Since there are supposed to be snow showers at some point this week, I decided to force the kids to play outside.  Keith is such a homebody, and doesn't even like to go outside, but I made him and I think he eventually liked it.

I learned something, though.

While I was inside, the kids wanted to be with me.  They didn't necessarily want to be in the same room, but they wanted to be inside with me.  So I decided to take the laundry to be folded outside. 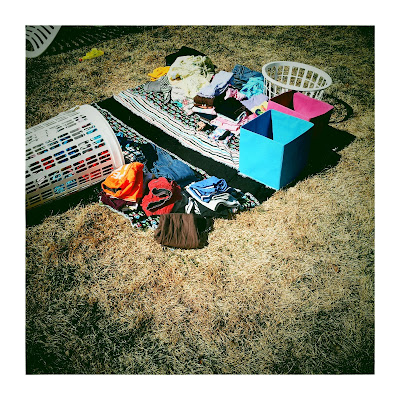 I love being in the sun, and being productive with the kids playing around me.  It makes me happy and reminds me of my mother.  I am happiest when I am with my kids and being productive.  My mother is never idle.  When we go visit her, even when playing outside she is always there with us, but shelling peas, or snipping beans, or cutting up fruit.  She is always doing something.  Which may be where I learned to hate feeling lazy and idle.

I feel like a broken record, but it is true, it was absolutely dreamy to sit there and listen to my kids laughing and playing around me while I folded the clothes, basking in the warmth of the sun and the coolness of the air.  I may have gotten a little sun, even. 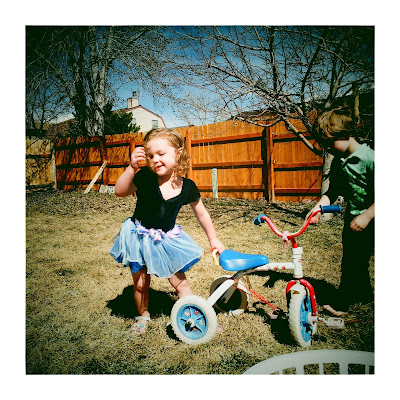 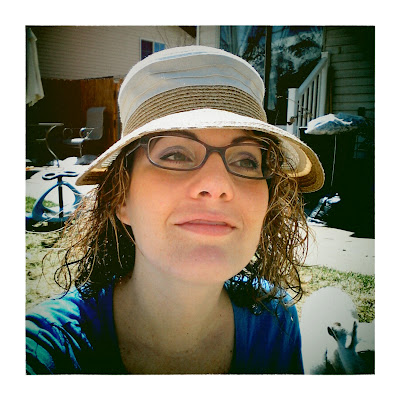 Because I wasn't expecting any sun for the day, I didn't put on any sunscreen.  Instead, I pulled out my big straw floppy hat.  Every girl needs a floppy hat!

Unfortunately, my phone is having problems transferring photos to my computer, so this post is going to be short.  More later, yeah?
Motherhood

Lourie said…
Amy you are the sweetest, best mom ever. I never would have thought to take that dreaded chore outside!!! I love coming here. And I have missed you.

Emmy said…
You know a change of scenery for laundry just might make it fun! I hate hate putting laundry away. Ryder always wants to be by me all day too so I usually end up with a ton of toys in my bedroom that he drags in while I am putting away laundry.
March 21, 2013 at 4:33 PM

I may do it even when my kids aren't home!

I may do it even when my kids aren't home!