Once Upon 6 Years Ago

For example, Thursday was a very cozy day.  I remember that vividly.

We lit a fire early in the afternoon because we just love fires.  They are so beautiful, and the heat they give is so comforting and the ambiance is even more than that.

I remember making a warming soup for dinner.  I remember we cuddled in front of the fire for a huge part of the day and evening.

I remember feeling so happy and content with my little family. 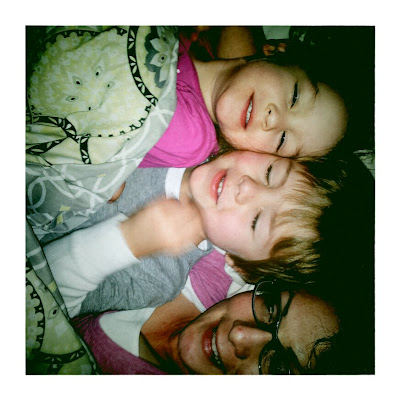 Because that all happened Thursday and details have faded away.

Yesterday morning we woke up to mountains of snow.  I should have taken a picture.  I will tomorrow.  There is at least two feet and a half feet of snow on our patio table.  It is monstrously high and enchantingly beautiful.  I love watching it drift to the ground.  People keep complaining about it.  All around me I hear people complaining about the inconvenience, and the temperature, but I am just in awe of the beauty of it, and quite frankly, thankful that we are getting snow.  I was worried we would have a summer drought like we did when I was little and even the water was monitored   We could only use it twice a week to water our lawns, and the days to do laundry and what not were also restricted.  I am so happy that we are getting dumped on, because that means this summer wont be horrific like I remember it once upon a time.  That is the beauty of living in the desert, though, I suppose.

Guess what.  I remember even less about yesterday than I do about Thursday.  Because I wrote about Thursday, yesterday.  Make sense?  I do remember Keith played Weather-man. 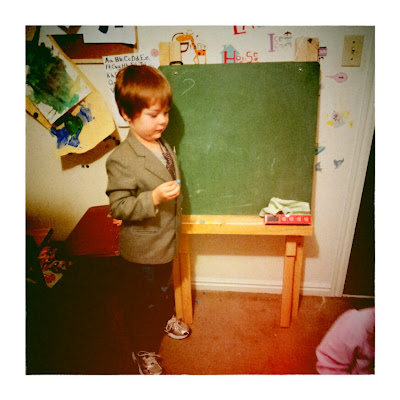 He predicted a flood in Germany.  And lots of snow. 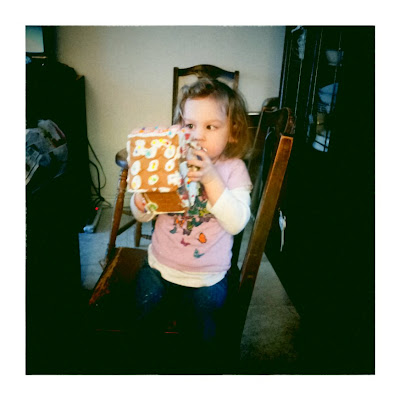 And Faye devoured the last of the gingerbread house.

But Today.  Oh today.  What a wonderful day it was!  And I am writing about it very late at night because I really don't want to forget one tiny detail.

To start off, 6 years ago, Jeffrey and I tied the knot.  It was just as cold then as it was today.  I remember it was -6 outside.  Too cold to even think, really, but a perfect day for marrying the man of my dreams.

This morning, Jeffrey woke up at 5:30 (remember who is the night owl here, me, not him.) and went out into the cold to dig my car out.  Because it was buried deep.  While he dug the van out, I cooked breakfast.  His favorite, of course.  Bacon and eggs, and waffles.  And then I went out and helped him dig.  I had to be out to pick up our fresh fruits and vegetables (Bountiful Baskets.  Love!) by 7:15.  By the time we finished, I was on the road and it was well after 7:30.  But I happily did get there in time for our yummy food.

On my way home I had to stop by Wal-mart to try for a gift for Jeffrey.  The Buggles Greatest Hits.  His favorite song is Video Killed The Radio Star.  They didn't have it.  Nor did the only real music store in town.  Nor did any of the other places I checked.  What?  Its like they aren't IT anymore.  Weird, right?  80's one hit wonder and no one wants to hear them anymore.  What is this world coming to?

After breakfast, we played with the kids for a while, and then we got to go on our date.

We tried a new restaurant and were impressed.  It was yummy. 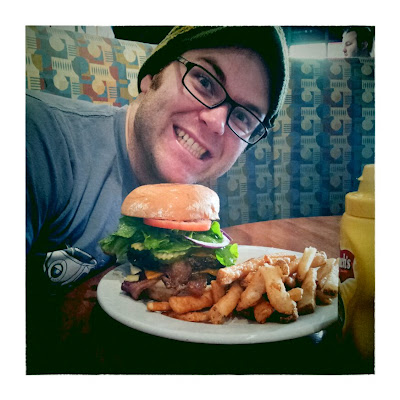 Jeffrey ordered a burger called the double bypass.  The man loves his meat. 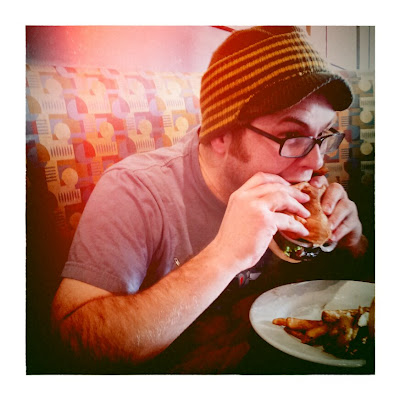 Mostly, though, we loved being there with each other.  It was a lot of fun.  And then we got really classy.  We went to the D.I. (thrift store) to scavenge for picture frames.  While there, we found some glorious books for the kids.  Lots of Little Golden books for Faye and some lovely picture dictionary books for Keith.  We decided to make them into a special treat for the kids.  More on that later.  After the D.I. we went to R.C. Wiley (a home appliance store) just because we love browsing that store.  And you know what?  It was one of my favorite dates ever!

When we got home, we played with the kids some more (because that would be one of our favorite things to do in the world.  Because our kids are just so darn sweet) and I made dinner.  Fast forwarding ahead, after dinner, we decided to give our kids their surprise.

Jeffrey had wrapped the books up, and made a map and a clue.  He had also hidden both.

We took the kids down to the basement, gave them both a flashlight, and turned off the lights.  Keith then searched for the clue while Faye followed him around, shining her torch in everyone's eyes. 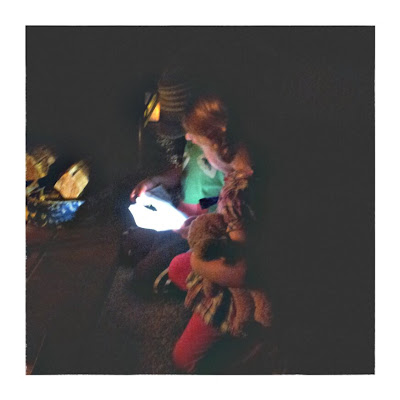 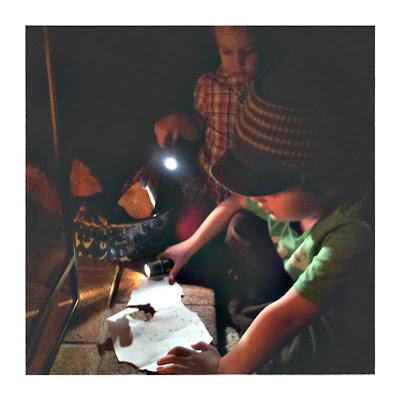 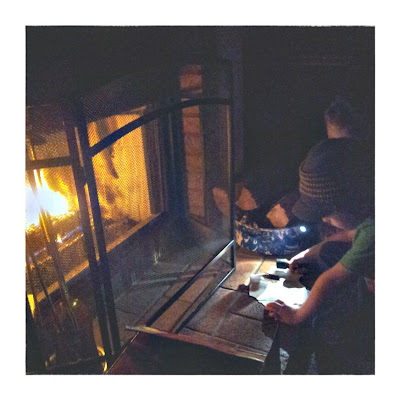 They eventually found the clue (okay, I was impatient and gave Faye a little hint on where it was).  Keith read the note and I was so proud of him. 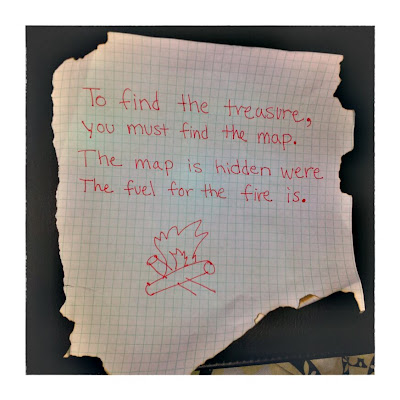 He only needed a little help.  And then they followed the clue to the map.  Which we read by the fire. 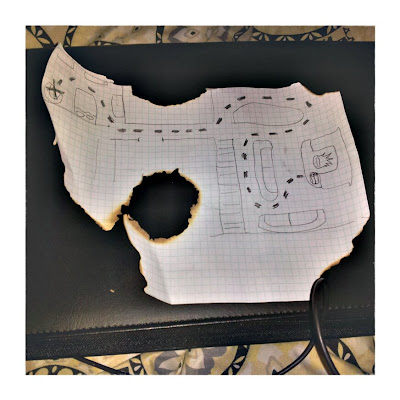 After the treasure hunt, they tore open the wrappings of their treasures and we sat in front of that fire, and we read.  We read until Faye was rubbing her eyes and yawning. 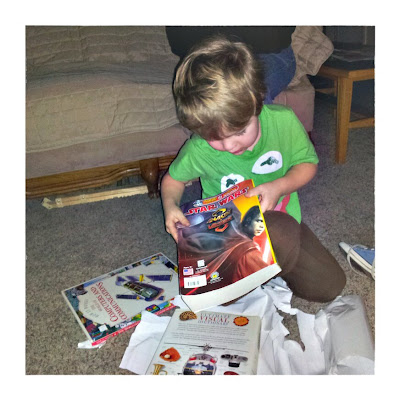 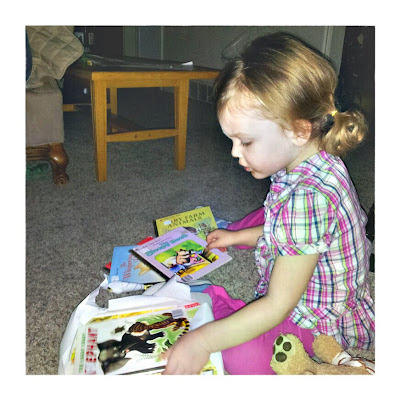 It was honestly my favorite anniversary to date.

That man I married sure is wonderful, and is there a better dad alive?  I say there is not!  Who else would think to send their kids on a fun scavenger hunt for some books they found and wanted to gift them?  Who else would think to play the flashlight game as part of the scavenger hunt?  I am so thankful for that man and his many talents.  We are one lucky family, and that is the truth!
Creating Memories Family Time Fun with Jeff and Amy

Susan Anderson said…
Yep, that anniversary sounds just about perfect to me.

And so does the guy you shared it with!

Xazmin said…
I love it! What a great day. I love the DI, and now I feel like taking a browsing trip there, but it's the middle of the night!

I love the awesome treasure hunt you guys made for your kids. Seriously awesome family night. :)
January 15, 2013 at 1:18 AM

Confessions of a PTO Mom said…
Heard that song the other day on the radio, and had to explain to my girls what it meant! And I smiled, thinking of you, friend, and your day.
January 18, 2013 at 12:18 PM