The Shower That Made Me Sick

No soap or water was involved in this one.

It all started last week.  It was a nightmare.  I had a week to prepare for a bridal shower for my sweet niece Heidi.

I love her guts and am so excited for her.

And I had much bigger ideas than I had time for.  Luckily my niece Gennavie (Heidi's sister) and I had decided to throw the shower a few weeks prior, and so we had an idea of what we wanted to do for it.  It was a Dick and Jane shower.  Like Dick and Jane, the 1950's reader books, not the movie that most people think of.  At any rate, I was able to order some necessities from Amazon, which helped a little in my stressed out week trying to plan for it, which resulted in me getting sick.  The shower was last Saturday.  I got sick Thursday.

Thursday morning was a ridiculous mess with trying to get Keith to school.

He had a complete meltdown.

"But Mom, I already went to school three times this week.  I don't want to go today!"

I called his teacher to let her know we were going to be very late, if we showed up at all.

I have to be honest, I was a little shocked to hear that about him.  I never would have thought he would be like that.  He is always so social with everyone and wanting to play with everyone.

I told him he could go to bed or go to school.  Because the only reason he should stay home from school is if he is sick, and when we are sick, we spend the day in bed.

He went into his room, and crawled into bed.

I followed him in, sat on his bed, and we talked.  After much discussion, he decided he could go to school and make a new friend.

From that experience, I decided the Back to School Feast I had been planning needed to happen immediately.

After dropping him off at school, Faye and I went to the store for supplies. 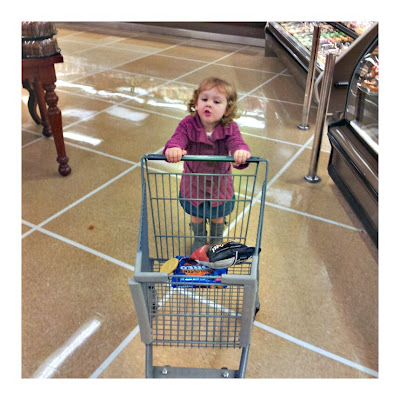 I love stores with little kid sized shopping carts!
The rest of the day was spent in the kitchen cooking and preparing.
I made rolls and pumpkin pie and mashed potatoes.  I got some cedar wrappers to wrap the salmon in, and waited for Jeffrey to get home to set up the grill.
I picked some flowers from my mother's house, got some balloons from the store, pulled out our Feast dishes (from last year) and got my picture frame to spray paint to put our family motto for the year in.

As the paint was drying on the frame, the dog peed on it.

Jeffrey got home and said he didn't want to grill, he was tired and hungry.  He was happy with the potatoes, rolls and pie.

I was exhausted and decided to concede. 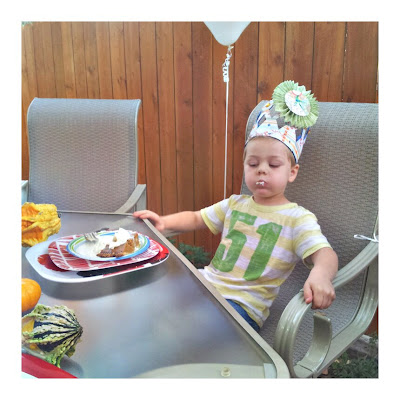 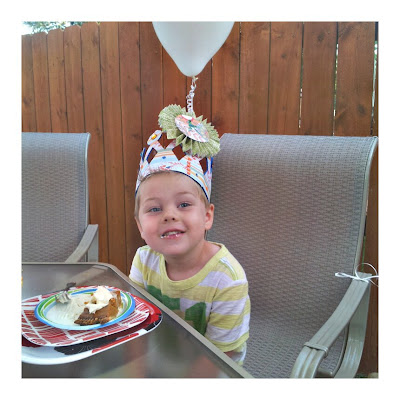 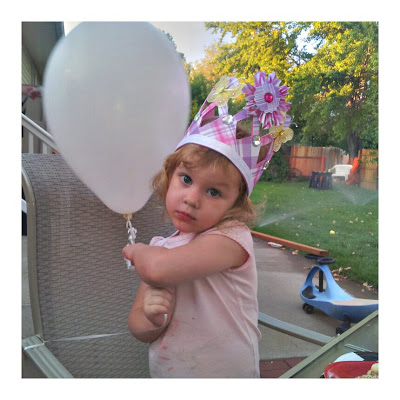 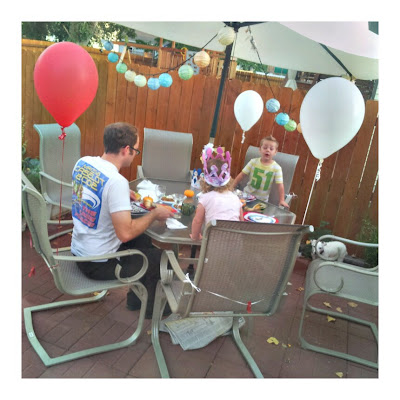 We talked for a bit, and then I decided it was time for bed.

Friday, I was in bed all day.

Which really put a cramp in my bridal shower planning.

Saturday, thankfully, I was feeling better enough to go on with planning the shower.

Until half way through...

But more on that later.

When I get pictures.

Because for a shower that took that much out of me, I really need pictures for some validation.  :)

Jenny said…
You.
Are.
Heroic.