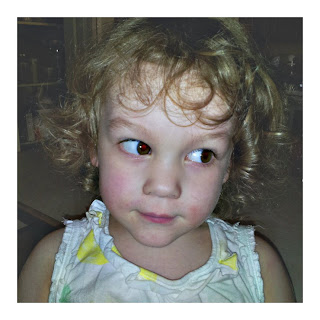 We were at church.  Sacrament meeting had just let out, which meant the halls were full of people.  During sacrament meeting, I had taken Keith out into the hall as he was being irreverent and needed a bit of a time out and cooling off period.  As the people poured out into the foyer and halls, Jeffrey and Faye came along with the tide of people flowing out the doors.  I noticed Jeffrey had left my bag in the meeting room, and so told him to watch Keith so I could go get it.

It was just inside the doors.  I would be gone a few seconds.

I pushed against the current of friendly people, gathered up my bag, and true to my word was back in less than thirty seconds.

I saw Keith sitting on his Dad's lap.  I saw Jeffrey holding Keith.

I did not see Faye anywhere.

"Where is Faye?"  I asked, figuring she had gone to nursery with one of her grandparents.

Jeffrey looked around a bit surprised.

"She was just here a second ago." he said.

We split up and began a search for our little girl.  I looked in the bathrooms, nursery and primary rooms.

No Faye.  I began to panic.

Tears came to my eyes as thoughts of never seeing that precious imp came to mind.  My heart hurt.  I tried to calm myself, telling myself that she was probably with Jeffrey by now.

We met up again, and he had not found her, either.

By this time, a few kind people saw the frantic worry spilled across my face, and offered to help me look for my little darling.

It was the toughest ten minutes of my life.  Seriously.

Some kind person found a crying little girl and began looking for her mother.

Evidently she had tried to follow me in to find my bag and got lost in the mix of people.

I doubt Faye will be out of our eyesight much in the near future.

And as if that wasn't scary enough, last Friday I lost Keith. 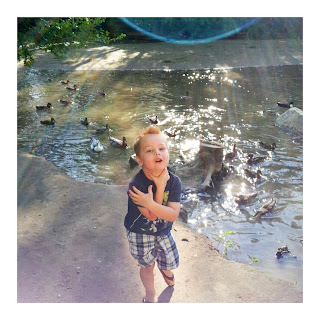 We met up with one of Keith's friends at the park.  It was lovely. 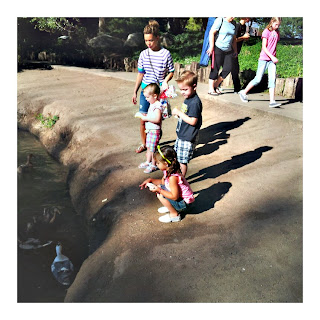 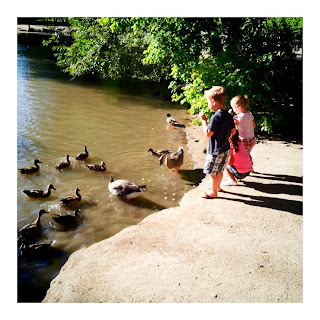 They haven't seen each other since school let out last May. 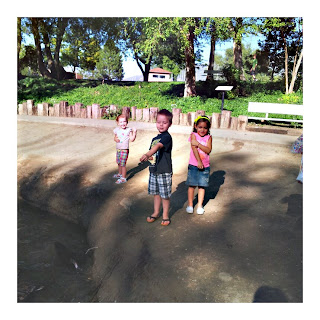 We played a long while at the park, had a great time, and then decided it was time to go home.

Keith and Ruby thought it would be a good idea to run ahead.

And they kept running.

And soon enough, we couldn't see our kids anymore.

I put Faye's hand in my friend's hand, and took off after them. 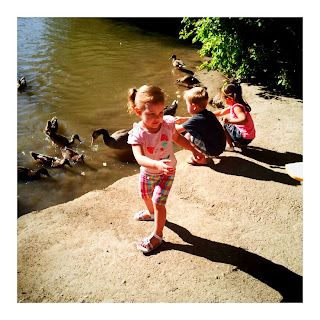 I kid you not, it took me a good five minutes of sprinting to catch up with them.

They were in so much trouble! 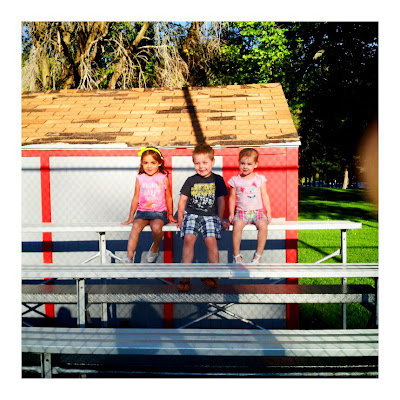 I explained that to them, and then Keith put his hands on his head and he said "Oh, G*d."

I felt like I had failed as a mother.

I began to talk to him about how inappropriate it was, and he put his fingers in his ears.

When he knows he is in trouble, he gets very upset and belligerent.

We made plans to meet up again with our friends, and then went our separate ways, and I told Jeffrey about it when we got home.

Sometimes being a parent isn't as easy as it seems.

Teaching moments are wonderful, but sometimes I wish I could do the teaching before the need for it arises.

Thank heavens both of our children are safe, though.

And there is nothing like nearly losing your children to make you cherish them that much more.

Lourie said…
It is sooo scary when they are missing. Even when it is some place safe as church. We had Emily missing at church when she was about 4. Maybe 3. She was very little and didn't speak much to anyone but us. I was horrified. But someone from the other ward found her and brought her to us. It's never fun.So glad it all worked out.
September 18, 2012 at 2:21 PM

Noodle said…
I used to tease Sammy that I wasn't worried about some one taking her because they would bring her back because she is such a handfull... So the other night she had a night mare about being stolen... I went into her room to calm her down and she told me all about the dream and then sighed and said "But mommy they gave me back just like you said they would... Sigh mommy your the only one in this whole world who can handle me" She smile and fell back to sleep... I guess I need to be careful how I tease my kids...
September 19, 2012 at 12:09 PM