Keep Your Arms And Hands Inside The Ride At All Times

Way before emo was cool, or even had a classification.

An emo kid, without the black, or goth, or crazy hair and makeup.

I always called it being a tragic romantic.  Again, not romantic as in the lovey dovey kind, but the other kind: "marked by the imaginative or emotional appeal of what is heroic, adventurous, remote, mysterious, or idealized"

That definition has me pegged, right?

I have always been more drawn to stories and poems of tragedy.  Not Romeo and Juliette.  That is one I can't abide.  But things like "Cerfew Must Not Ring Tonight,  The Highway Man, and even The Lady of Shallot.  My favorite books are Les Miserables and Jane Eyre.

I remember being in 7th grade, sitting in my room and being all brooding and moody like. I was listening to my radio and was supposed to be doing homework but was more likely writing notes to my friends.  Because that is what we did in junior high.  We wrote notes to each other and passed them in between classes.  Way before the information age.  The song Runaway Train came on the radio, and I just stopped and listened to it.  The lyrics grabbed me.  Tragic romantic, remember? (watching the music video now gives me chills.  And not in a good way.  A bit too real for me, now.)

I bring that up only because I am feeling a bit like that lately.  Like I am on a runaway train which is careening out of control.  Not that I don't have control in my life, but like a train that is going so fast, all I can do is hang on for dear life and try to not get overwhelmed.

I always thought having kids in school would give me more time, but it seems quite the contrary. How is that possible?!

But I don't mean to complain.  Simply to give by way of explanation a reason for my sporadic posts.  I really am trying to get better, but there honestly doesn't seem like there is enough time in the day.

Wednesday was Keith's first day of school, and I didn't get a picture.  :)  Oh well, it is still preschool, so it isn't that big of a deal, right?  I made a delicious lunch for him and dropped him off. 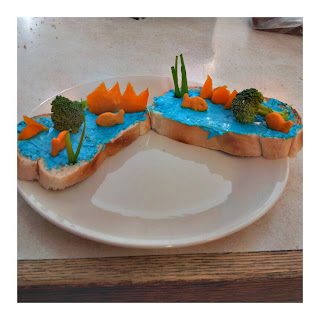 He didn't eat the lunch.  He told his teachers he was saving it for his little sister, and proceeded to eat school lunch.  That kid.  His teachers are now going to check his back pack every day for his lunch.

He was very excited because his best friend from the year before was going to be in his class again.  Her name is Emma, and Keith and Emma seemed to be... quite fond of each other.  So much so that the other girls in the class got mad and didn't like Emma so much because of it. She was only there for half the year, though, because her parents were both in school, and their schedules didn't work to be able to take her after Christmas.  Keith was very excited!

I haven't been able to do our back to school feast yet.  I have had it planned since last week, but things keep coming up to inhibit us from doing it.  For example, Jeffrey had a huge test he was studying for.  He took it yesterday, and he passed it.  Yay!  We were going to have the feast last night, since he was finished with the test and could devote time to other things, but then we got a call from our renters.  The back yard was flooding.  Yesterday Jeffrey and I spent the majority of the evening at the house fixing the leak and some other things.  Tonight I have a family reunion.  Tomorrow I have another family reunion.  And my niece is going through the temple for the first time.  And Keith has a soccer game.

Next weekend I get to throw a bridal shower for my niece.  I am excited.  It will be a lot of fun.  But I have a lot to prepare for, still.

Faye is moving along nicely with the potty training.  This morning she told me she had to go potty, and so we ran, and she actually went!  The surprising and wonderful thing is, she did her daily business, which she usually saves for her diaper.  Yay!  Progress.  She is such a funny thing, while in the bathroom, she kept shooing me out.  Saying "Shoo, Mommy.  I am going potty.  Shoo!"  I have no idea where she learned "Shoo" but it is pretty darn cute coming from her!

Keith is growing a lot.  He has been getting really bad tummy aches the past week.  I googled it, and learned that it is quite common for children between the ages of 4 through 8 to get frequent tummy aches.  They are growing so quickly, their muscles are not getting a chance to keep up with them, and so it is the growing that gives them the tummy aches.  Yesterday he was crying so hard from the tummy ache.  It made me feel so bad about it.  I looked up and gave him every remedy I could find.  He had some pedialite, raisins, a heating pad to his tummy, and I made him rest.  The poor boy was crying and begging the pain to stop.  I hate to see my kids in pain.  Finally, the tylenol kicked in and almost immediately he fell asleep. 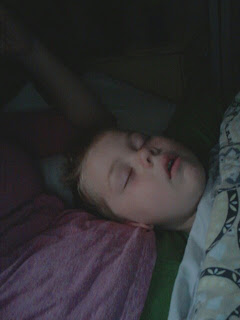 I have a love/hate relationship with all this growing that is going on around here.

I think that is basically what has been going on around here, in a nut shell.  Life is wonderful.  Careening down a nascar race track, but I certainly am enjoying the ride.

Familia Morales said…
I'm in the same boat. 2 kids in school and less time than before. I don't get it. Have a lovely feast, whenever you have a free night. :)

Thanks for the note on tummy aches. Eric's been doing the same and I haven't figured it out. Growing pains, sheesh!

I miss the old days of note passing--that was just too much fun. These poor kids now--texting cannot be as much fun as passing a note in the hall.
September 7, 2012 at 1:24 PM

Confessions of a PTO Mom said…
I'm on the same train. I didn't recall it being an express!!!

My best friend and I had a similar thing in high school. We passed a notebook back and forth. I recently came across one. How trivial and life altering our concerns were back then!
September 8, 2012 at 2:39 PM

Lisa said…
Yup- you are most definitely a tragic romantic! :-) your kids are always adorable! Skins like you ate definitely keeping busy!
September 12, 2012 at 4:49 PM

Emmy said…
I totally agree! Since school has started life seems way busier for me too. So fun that Emma is back in class with Keith, he is the ladies man :)
September 13, 2012 at 10:57 AM