August 24, 2012
Wednesday night Keith was out of control.

Jeffrey got home from work and the kids were watching a show while I was down deep cleaning the bathroom.  Jeffrey turned off the tv and told the kids they needed to get ready for dinner.  Since I had lost all sense of time while deep cleaning, I hadn't made any dinner.  Oops!

We got ready, and we went out to get something quick and inexpensive.  Jeffrey let Faye choose where we would eat.  She asked for the restaurant with circles and triangles.  The place with the chicken and the french fries and the sauce.  After trying to figure out where she was talking about, we deducted it was Crown Burger as that is the only place she has had chicken and fries and sauce.

We got out the door with a tantruming Keith.  We got to the restaurant and went in, and then the tantruming began all over again.  So, we did what most parents do in a situation like that.  We grabbed our kids and made a speedy escape.

We decided the next day the kids wouldn't get any television.

Yesterday was the day of the grand experiment.  No tv all day.

It was glorious!  They were so happy all day long.  There was less fighting, more creative playing, and so many more messes for me to clean up.  But I didn't mind.  When the children are happy, it makes me happier.

At some point in time, Keith and I were looking at his laser book.  It is a book all about lasers.  One of the pictures had a laser pointing into an eye.  Keith asked why that was as we had told him to never point a laser pointer at anyone's eye.  So I began to tell him about Lasik.

"One day when we have enough money, I will go to the doctor, and with a laser he can fix my eyes so I wont ever have to wear glasses again.  Isn't that wonderful?"  I asked him.

He thought for a moment, his adorable head cocked to the side and his big blue eyes staring off into the room.  He turned to me and said "But Mom, I think you are beautiful.  You are so beautiful with your glasses.  And I like it when you have curly hair.  And when you put your hair in a ponytail on top of your head when it is curly and you wear your glasses.  You are so beautiful then.  But you are always beautiful." 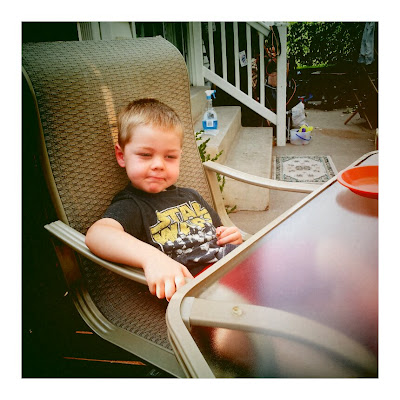 I have to admit, I melted just a little bit.  He is such a sweet boy.

Today we were having lunch and Keith accidentally dropped his cup full of milk on the floor. 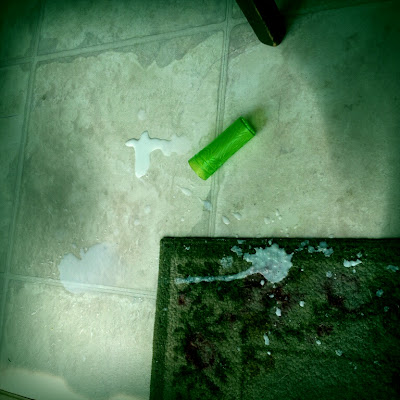 I grabbed some towels and hurried over to clean it up, but buy the time I got there, most of it had been cleaned up already. 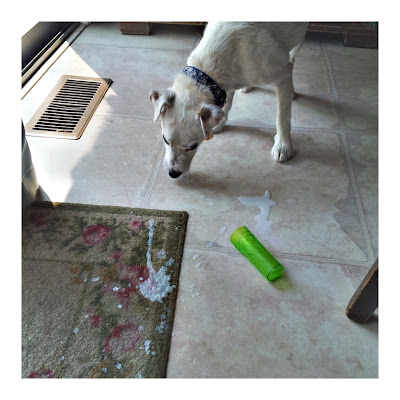 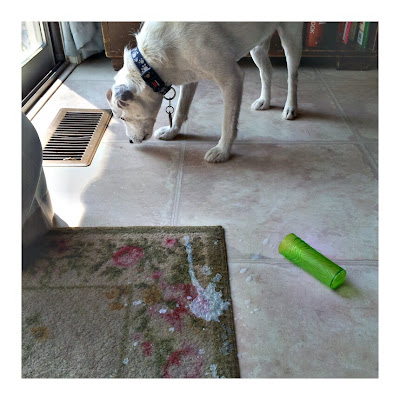 "Mom, that's why we need our own dog.  When we have our own house."  Keith said, pointing.  He is a smart boy.

Faye said "Hey, his tongue is like a broom!  He is sweeping up the milk!"

And then she did downward dog.

I have to admit, though I am not a huge fan of pets, I do think it is important for children to have that companionship and responsibility.  And it would be nice to have my floors mostly cleaned for me.

But that is a bridge we will cross when we come to it.  No sense borrowing trouble.


{Check out what I made for Jeffrey's lunch}
Motherhood

Susan Anderson said…
I was never quite nice enough to have a dog.

Jenny said…
Ah. Out of the mouths of babes.

I wonder if no television is also a punishment for you! ha!