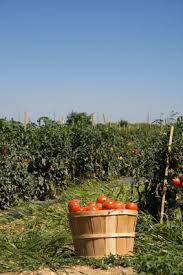 I remember being a child and watching the clock, moaning about how slowly it ticked.  I longed to be grown up. I thought life would be so much easier then.  I was 8 and wanted to wear a dress.  My mother said I could when I turned 12.  Those four years seemed to take an eternity!  And I never did get to wear the dress, come to think of it.  I don't know what happened to it.  But time crawled along, taking eons to get anywhere.  Christmas was always so far off.  My birthday was never near.  And winter time, my least favorite, seemed immortal.

Now that I am older, I wish time could just slow down!  Where does it go?  Why did it decide to speed up?  Now is the time I wish I could borrow from those long days, those long months I groaned about waiting.

Every day seems to be packed to bursting, with things spilling out, getting left undone.  Even sitting down and recording our daily actions has fallen by the wayside.  Hopefully I will be able to get a handle on things in a week or so.

Winter time, for me, is a time of steamy belly warming soups.  My favorite being my Grandma's tomato soup recipe from scratch.  To me, it is the epitome of comfort food.  Grandma's Tomato Soup and my Gourmet Grilled Cheese sandwiches.  Delicious!  In order to make Grandma's tomato soup, though, I have to have tomatoes.  Tin canned from the store just don't work.  It isn't the same.  The flavor is all wrong.  So I have to can my own.  And they look so beautiful and comforting sitting on my shelf.  It makes me happy.

Friday I bought 2 bushels of tomatoes from a fruit stand.  That night I got an unexpected call.  An invitation to take my family up to a condo at Bear Lake.  Free of charge.  I couldn't say no to that!  So my tomatoes were left until I could can them on Monday.  Sadly, I was sold bad tomatoes.  By Monday more than half had gone bad.  I only got about 10 jars.  That means I could only have soup five times this winter.

Frantically, I called around and eventually found a You Pick garden with tomatoes.  Happily, it was also the cheapest around, and close to my house.  So, yesterday was spent in preparation.  I got up early, looked at the sky and groaned.  Rain was pelting my windows.  Any thoughts I had of picking tomatoes for my soup were quickly being flooded out of my mind with that rain.

But weather in a mountainous region is fickle.  Especially fall weather.  And so, by the time I found a sitter, the sky had cleared and everything heated up.  I spent 3.5 hours bending over, standing up, digging through vines, finding the perfect, best tomatoes.  There really weren't a lot left since the season was nearly over.  But I eventually found 2 boxes worth.  I have to admit, I loved the spicy smell of the dirt mixed with greenery and the fruit.  The flies were driving me crazy, but I relished in the sun shining down, making me sweat.  The joy of harvesting fruit.  I can only imagine how amplified that feeling would have been had those been my own tomatoes!  Regardless, when I saw my full boxes, it was very gratifying work.

Today, or tomorrow, depending on how things go, I get to confront a fear.  I get to can those tomatoes all by myself.  I have only ever canned once and a half before.  Last year my mom helped me, and Monday I helped my mom.  Even with her help, we broke 4 jars.  I guess the bottles weren't hot enough when we placed them in the water to boil.  I worry I will spoil the whole thing.  Especially with the distraction of two little ones running around, needing help with diapers, food, naps, etc.  But this is what they call learning by fire, right?

But if I can get enough tomatoes to last the winter, it will be well worth the effort.  If only I had more time to do it all.  Sigh.

Lisa said…
Brave woman!!! Sounds like a great day, though. Picking veggies from a garden is definitely one of my favorite things. And for next year my niece has offered to plant for me, I will weed and we will share the harvest! Hooray! Planting is definitely my least favorite part!!! Oh and by the way, have you tried pear tomatoes?? They are TO DIE FOR!!! SO DELICIOUS! Small and sweet kind of like cherry tomatoes, but they are yellow and shaped like pears. :)
Also - so sorry I didn't come join you in Bear Lake. I so would have if we hadn't been so tired and sick from our all day adventure.
You're amazing! Never forget it!
October 5, 2011 at 10:33 AM

Susan Anderson said…
Tomato soup and grilled cheese is one of my husband's favorite meals.

Good luck canning those tomatoes! (I've never done it, either.)

Second, how I long for those days when it would take years for it get dark on the 4th of July and summer would last forever and Christmas was eons away. How I miss that.

a man said…
love the pick your own patch. i am going to tackle canning next year. this year was my learning to grow year:) and growing a baby year, lol. next year: canning. and i did can applesauce and didn't even have to cook the cans to get them to seal. AWESOME:)
October 8, 2011 at 11:08 PM