And I have absolutely nothing to say.

I mean, I have millions of thoughts rushing through my head, and nothing is coming out of my fingers in the right way.

See, that sounded all kinds incoherent.

But you get the idea.

So, I am just going to throw it all out there.

This was a hard week.  And hard is seriously an understatement.

And here I was hoping my week would be all magical and full of me stuff.

Instead, I have been unwashed, frantically trying to get on top of things, keeping the kids alive and happy, and mostly trying to create a beautiful holiday for the kidlets.  Showers became a novelty.  Forget about makeup!  I don't remember the last time I actually sat down and put any on.

In all the hustle and bustle, my me time got a little lost.

Except that one day.  When we took the kids to my inlaws so Jeffrey could change the oil in the car.

But in that time, the kids played with their grandparents, and I was virtually left alone.

With my two new magazines which had just arrived in the mail. 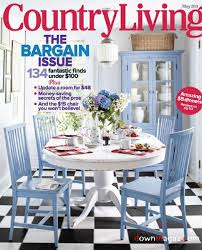 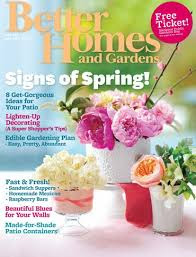 Me, and the magazines, and a few pieces of chocolate, enjoying the noisy bustle of the kids, and all the great ideas found therein.

But for some reason it didn't seem to refresh me.  My well was still lacking.

And then yesterday, just to make sure I wasn't neglecting myself, I got the kids down for their respective naps, and took myself to the bathroom armed with a bag of Doritos, my new book, and a tub full of hot steamy water.  I was able to enjoy a full half hour, before I heard Keith inviting all the neighborhood kids into the house.  Jeffrey was obliviously studying away in his office, and I was stuck in a bathroom with a door that didn't lock, or even close all the way.  One good nudge, and it would have opened to scar the three year olds impressionable minds and ban my house from play dates forever more.

But interestingly enough, it was what I needed.  The time of {mostly} quiet where I lived in my thoughts, reading lovely stories about motherhood, and reveling in the steam- I love steam- is just what I needed to regenerate myself.  It was simple, and sweet, and perfect... with a rude awakening at the end, but it was enough.

Now its your turn.  What have you done to replenish your well?  To take some time for you? Link up and one of you will get a surprise in the mail!  Look at me bribe for link ups!  Ha!

Susan Anderson said…
I'm try to do this one tomorrow or Friday, Amy. Cool question!

Lourie said…
I will likely participate on Thursday since tomorrows blog is done. And can I just say you had me at DORRITOS! best chips evah! :P
April 26, 2011 at 9:58 PM