But I have various reasons.

Of course stealing a computer is not an easy trick.  The slight of hand is not my specialty.  Neither is being sneaky.

The kids are sick.  Both of them.  The not to sick to be up and playing, but the too sick to take them anywhere kind of sick.  Its been a long week.

And I feel like an awesome mother.  Faye was getting sick so I put Vick's on her feet.  I have heard many people swear up and down about it.  We also put a humidifier in her room.  Keith got the same sick, only worse, and I didn't do a darn thing.  Awesome, I know.  I mean I pumped him full of liquids, and made him eat lots of fruits and veggies type thing.  He got more rest type thing, but the Vick's, and humidifier?  Nope.  Mainly because Faye lost the Vick's.  But that isn't an excuse.  So now I feel horrible because I gave the girl special treatment, and completely neglected my first born.  The good news is that has been remedied tonight.

After all signs pointed to Keith being miserable, I made sure we fixed it.  Signs like him crying in his room for me around 11:30 this morning.
"Mommy, I need you to close my door and put my blankets around me," he said from his bed.  He wanted to be tucked in for his nap.  At 11:30.  And then again at 7:00 he did the same thing.  Exhausted little boy!  I really hope he gets better soon, because he is not happy, and that makes my heart break for him.

My friend's husband is out of town for two weeks.  I don't want her to be lonely.  Nearly every night this week I have gone over to her house after the kids were in bed.  We watch movies, and then talk until late.  Kindred spirits, we are.  It is fun learning more about her, and getting to know her better.

I re-discovered how much I love 80s music.  I have always thought it a good thing that I have never been able to match faces to bands of the 80s.  Every time I actually see one of them, I am disappointed.  Howard Jones for example.  Such a smooth velvety voice.  I always imagined a well muscled brunette with sparkling eyes and a killer smile to go along with his voice. 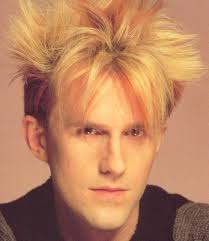 Reality doesn't quite match up, does it?
Tonight Heather and I were watching a concert by Erasure.  Man alive that man has ... er... style!  I was laughing a lot, and oh my goodness the music!  I don't think it is possible to not love Erasure.  I mean really!  And his flamboyancy that I am just now discovering is the most entertaining thing ever. 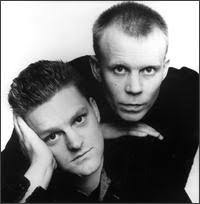 Thank heavens I have good friends who let me stay way past my bedtime listening to music from my teen years. (Just to clarify, I was not a teen in the 80s, but I have three siblings who were, and thus rightly indoctrinated me.  But it is the music I listened to during my teen years.)
No computer and lots to occupy myself equals very little blogging.  Hopefully I can learn how to keep up with my life while still having one!
Amy

Jenny said…
Oh you. I think you need someone to tuck your blankets in warmly around you. Sounds like you are just needing some kind-to-yourself-time!

I hope you find it!

Susan Anderson said…
I'm glad you're getting a chance to spend some time with your girlfriend. Sounds like you've been on sick duty too long!

Heather said…
Ahhhh. It has been so fun. Last night was a ball. And no worries- I am very accustomed to staying up til 1 am :0) Viva la 80's! Can't wait for more good times, but of course, DO NOT let me let you neglect your family! But do know know I thank you from the bottom of my heart for spending time with me this week! :0) BUH-LAST!
January 8, 2011 at 11:28 AM

Em said…
Sick kids always make me feel drained and stir crazy. Better go to target, get a bag of popcorn for you and one for each kid and walk around. You can always wipe the carts down after if you feel badly about your kids leaving their germs.
January 8, 2011 at 2:49 PM

Veronica said…
I hope the kiddos are on the mend and feel 100% soon. Alex was up last night the a tummy bug. No fun when they littles are sick.

LOL, I was born in 80 so most of my music faves are from the 90's when I actually cared, but some of those 80's bands are hilarious!

Sounds like you and your friend are having a good time while her hubby is away.