To help the time go by faster, I will reveal my new obsession.

When we first got married it was The A-Team. 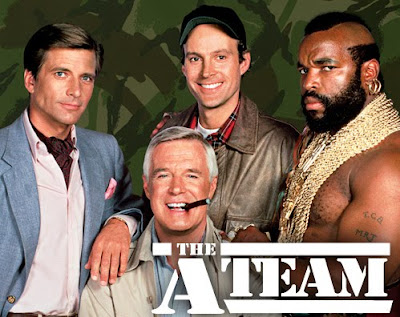 source
We loved that show. Lots of action, and no one ever gets seriously hurt. No one ever gets killed. We even talked about buying a black van and painting a red stripe down the side and putting a spoiler on the roof just to show we loved it that much. But one can only handle so much of the same plot. We grew weary of our Team and slowly stopped watching it. We have been looking for a new obsession ever since.

But we have such different taste in things, it has been a long obsessionless year.

And then a few weeks ago, we unwittingly stumbled on gold.

We were watching the Red Green Show (who doesn't love a little Canadian Guy humor?) It ended and we just didn't want to go to bed. Nor did we want to watch the Red Dwarf which tends to be a little dirty, so we put the volume on mute and chatted for a bit. We were about to turn the television off and go to bed when the music stopped us.

It was reminiscent of our child hood. The blue box floating in the vortex. My pulse quickened and then the title flashed across the screen: 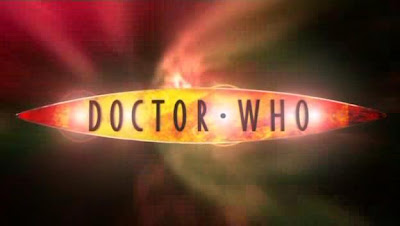 source
We decided to give it a try.
It was very easy to make fun of, and very entertaining to watch. Since we hadn't seen any previous episodes, we didn't know any back stories, we weren't sucked in and were able to just watch and laugh. Wonderful! The next week we waited in anticipation.

11:00 Saturday night came around and found us in front of the telly with all the lights in the house turned off.

During that particular episode I hid behind Jeffrey's back for the majority of it. It scared me. Nothing gruesome or bloody, just creepy. It was the one with the Weeping Angel statues. 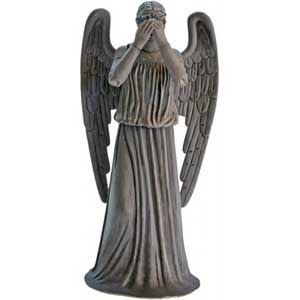 They didn't even kill the people they crept up on, just sent them to a different time where they had to live out the rest of their lives. But they crept up on you when you weren't looking! It was so creepy. I still can't look at a stone angel without getting creeped out. I didn't want to turn the lights off that night. I didn't want to go to the bathroom alone. I didn't want to be alone for a second. It was hard. I didn't think I would ever watch another episode. (How many times can you use the word creep or a variation of it in a paragraph? I may have just broken a record.)

And then the next Saturday we were sitting in anticipation of The Doctor. All the lights were left on. I didn't want to take any more chances. This was a trial run. If it creeped me out too much, I wouldn't watch it anymore.

But it wasn't creepy again. It was interesting. It was thought provoking, and it was to be continued. How could they leave me wondering what happend? But Saturday night we were tired. So we went to bed early. We had some good pillow talk (I swear, that is the only time I get real conversation out of Jeffrey. Right before we go to sleep... and he hates it) and as we were about to go to sleep, I looked at the clock and said

"It's eleven. The Doctor is visiting again."

Jeffrey sat up in bed, and in an excited voice said "lets go watch it! Come on."

I was too tired. I wanted to sleep. He prodded a little more, and so I finally told him.
I had set the DVR to record it a couple of hours prior. We could watch it another day.

I must confess. I watched it.
And the sequel. That is why the internet is so great. You can watch old television shows on it and don't have to be left hanging when it say "To be continued..."

I know that we are going to be watching some more of the good Doctor tonight after Keith goes to bed. 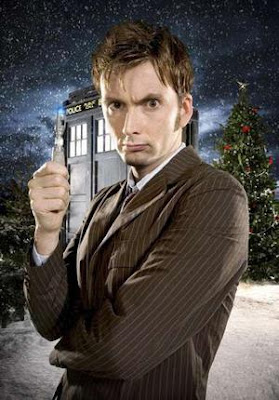 There is no better way to pass the time than cuddling with your husband and either laughing at the overly exaggerated facial expressions of The Doctor, or scaring yourself silly with some good sci-fi.

And yes, I am well aware of the fact I need a thesaurus and a new word for creepy. :) I was out to break the record for how many times it could be used in a single post. Guess what. I won! To my knowledge anyway.
at November 09, 2009

that is really funny amy! nothing like a good show addiction;-)

I am so in love with David Tennant. I heard he was going to have a new show in the US sometime soon since there's a new Doctor in the next series of Doctor Who. I can't wait for either!!!

I love the red green show... I have yet to watch tv on the internet... But I'm sure once I figure it out I will...

I've never heard of that show before. Nick and my favorite show to watch together is Psych. But I don't know if you would like it because it's about solving murders usually and so, usually someone dies in each episode. But usually they are dead before you know anything about them, so it isn't as hard to deal with. But our favorite thing is the witty remarks that the pretend psychic guy always comes up with and how he always sasses the detectives he works with. He is also super good with clues. Anyway, maybe if that sounds interesting to you then you could check it out.

How about macabre? That's always a good 'un.

I haven't seen this show, but I'll have to check it out.

The cuddling part is muh fave=D

I love finding a good TV obsession to watch with my husband! We don't have cable, nor do the digital boxes work up where we live, so lately it's been the Amazing Race on Monday nights, since we have to wait a day for it to be online. :)

i hav ean obsession with doctor who too! i watch it all the time and i just can't get enough of it! it really, really rox!!! =)