My cross-over to become one of "Those" parents

I always vowed I would never do it.

Actually, I said I would never have to do it. My kids would be better than that.

And yet I find myself going against everything I ever believed or thought.

It started so innocently. I had to take Keith to my mother's house so I could get to my appointment on time. He is just learning to talk, and thus learning to assert his independence. 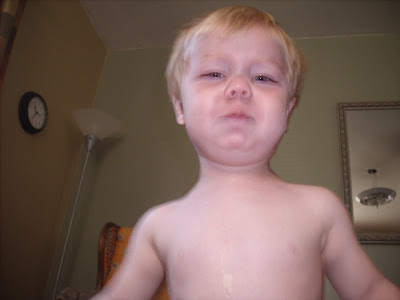 "Hurry, Sweetie, we are going to go see Grandma and Paca. Let's go."

I see the defiance written on his face. I am too tired to go over and physically make him get in the car so I resort.

"Paca has 'copters. Do you want to play with the 'copter?"

One attempt failed. So I move on to the next, slightly more enticing.

"Grandma has ice cream. Do you want some ice cream? Come on!"

I try a few other tricks such as the robot, legos, cars etc. Finally, pulling out all the stops, I dangle my keys in front of myself. I know this is the coveted prize, and I brace myself for the inevitable fight when I need to get them back. 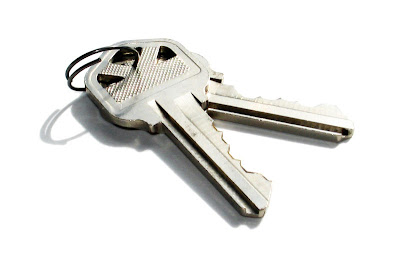 source
"Keys!" he exclaims as he runs over to me. I let him unlock the door, and while he is distracted because he can't open it, I hoist him up and plop him down in his car seat. And then the tears ensue, but guess what? I already won, so it really doesn't matter.
And so we see, as parents the best laid plans often fail and we find ourselves compromising our standards in order to get anything done in our lives. I gave in and have joined the ranks of the bribing parents.

Lisa Anne said…
So it starts. LOL I hate when my son tells me no or whines about going somewhere or doing something. You'd think after 9 years he'd learn that I always get my way, so he shouldn't waste his time arguing me and possibly getting in trouble. One day hopefully he will learn.

Capt'n Amazing's wife said…
The "bribing parents" huh? I didn't know there were actually such labels. Well, I suppose in Utah... but anyway, I understand sometimes it is hard to not judge other parents. They do everything they can think of. Just today I was at the house of a lady in my ward and her 2.5 year old daughter is still using a pacifier. She just looks too old for this, plus she is drooling uncontrollably- so much so that her shirt is half way soaked! I mean, c'mon! What do you think is the age to take away the passy?
September 1, 2009 at 4:00 PM

Lee said…
Ahhh, welcome !! I have found that bribery will get my son to sit still in a restaurant, my daughter to do her homework and my husband to change a light bulb!
September 1, 2009 at 4:10 PM

Stephanie Faris said…
Yep. Sometimes that's all you can do. I don't have kids but my friends with kids do it all the time. Maybe most of the time you focus on their overall long-term well-being but sometimes you've just gotta get through dinner in a restaurant without getting kicked out...
September 1, 2009 at 6:38 PM

Noodle said…
Sammy went threw a stage where she kicked and screamed when I would put her in her car set... (never did it for daddy) But after a few fights over sitting in her seat she has learned I wont give up... So its now easier to get places, she even helps bluckles her self..
September 1, 2009 at 8:56 PM