A theme is being touched upon all over this great country today and I, too, must add my voice. 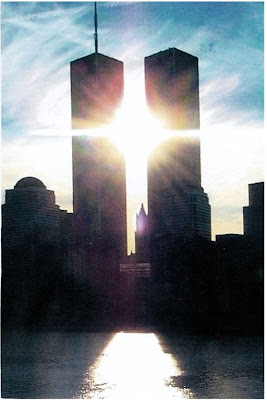 It was a cool morning. I remember waking up early (around 4:30 or 5:00) and rushing to get ready. My dear friend Geoff was leaving the MTC for Mexico to serve a mission for our church. I remember climbing into the large van his mother had somehow gotten (borrowed from a friend, I think.) and laughing and joking, excited to see Elder Wilson as he was now called, we lumbered off into the starry morning darkness.

We got to the airport, piled out of the van and all headed up to the flight gate where we were certain to see our friend. He had just gotten a haircut and it was SHORT! But he looked so happy and excited, and it was wonderful to just be there, supporting him as he left everything that was familiar to him and went out into the great unknown of a country where he could barely speak the language, where the culture and everything was so different. He borded the plane, and we waited to watch it take off.

We saw the pilot get off the plane and talk to someone on the ground. We guessed they hadn't fueled up enough, or there was another minor problem.

We waited some more.

Someone overheard a conversation about a bombing in NY. None of the televisions in the airport would play the news. They had all been turned off (so as not to cause wide spread panic) but we, luckily had a radio with us. We had been making a tape for Geoff to listen to as he flew to Mexico. We turned it onto a news channel, and were suddenly surrounded by strangers. Everyone holding their breath, leaning in closer to hear. Eyes wide with confusion and fear we looked at eachother as we listened.

What a shock! No one spoke, we waited for more news. Nothing came. Just over and over the news that two planes had crashed into the twin towers. 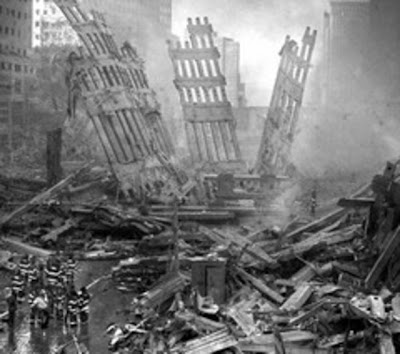 The passangers slowly filed off the plane, more confused than we were. They didn't know why their plane was not leaving. We saw all the missionaries with their smart haircuts and tailored suits get off the plane, one made a phone call and then they waited. They were going back to the MTC for a few days. Until planes were allowed in the sky again.

I remember the silence as we drove back home. Silence occasionally broken by the disbelief that our precious country could be attacked like that. That so many innocent people were so mercilessly killed. I couldn't decide if I wanted to go to school that day or not. I didn't know if classes would be cancelled. I decided to go anyway. I got to class just as it was supposed to start and saw darkness. No one was in the room. I saw a note on the door that said everyone had gone to a larger room and we could go and watch the news with them if we wanted to. I didn't. Instead I met up with a friend and together we talked about the implications. The rest of the day was optional. If we wanted to go to our classes we could. I did go to my English class and rather than discussing the story we were studying my teacher opened up the floor for discussion. I felt so blessed. A girl in my class had a twin brother stuck in a subway in NY, a boy's father was there covering the story, in one way or another many of the students in my class had been affected by this great tragedy. The rest of the day was a bit of a blur. I didn't go to work that day. I was too shocked.

I remember the days when we could go right up to the loading gate at the airport. I remember waiting for loved ones to come off the plane, so excited to see them. I remember watching as their plane flew away in the sky.

No more. Now there is so much security. Now we have to stay down near the enterance of the airport and we have to give our goodbyes early or our greetings later. The world will never be the same becuase of that day 8 years ago. Can you believe it has been 8 years? It really doesn't seem so long.

I sometimes worry that this day will soon be forgotten. I think of the Pearl Harbor bombings and remember a time when it wasn't a big deal to me, and I wondered why people talked about it so much. Why they held a moment of silence on that day. I will never wonder again. I hope that the next generation can understand the importance of remembering this day. Remembering all the brave men and women who gave their lives in service of their country. All the good people who are no more. 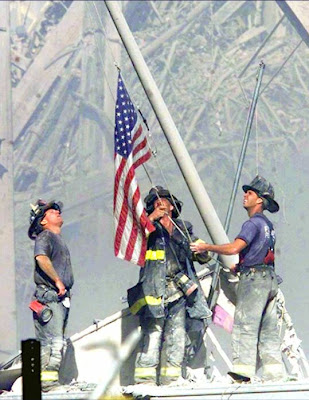 I think today should be a day of reflection, grattitude, and love. There should be more inter-religious love in our world! So, pause as you go about your day and remember. Remember what makes this country so special and what makes your life so sacred.

A moment of silence please.

911 rememberance is everywhere. It's almost too much. I hate dwelling on the past, it just makes me more sad.

9/11 is also my father's birthday. He took a plane near this time, had some weird experience and now refuses flat out to fly. This event was sure a big deal. I agree with you- hopefully the next generation will understand. Or maybe they'll have their own Pearl Harbor/9-11 (knock on wood), and then they'll understand.

I think it's wonderful so many people are taking time to stop and remember today. The sad thing is how it's kind of fading into history books with each passing year.

I actually was thinking how much we are forgetting :( Glad to see it remembered!

sean was on his mission in mexico. he was supposed to take an elder across the border to san diego that day for the elder to return home. the elder had to wait at least another week, put back out into the field. hope he wasn't trunky!

I agree, it was an incident that changes our lives and living here in Pakistan, the impact on us have been totally opposite to the impact on your side! Innocent people here are called terrorists for no good reason!! The whole world hates us! And people like me strive to present the other side of the page to the world!