Can you hear it?

A faint ringing in your ears, as of a mighty ocean or thousands of crazed fans?
If you are having trouble hearing it, just step outside and try again. Its there, I promise.

Can you smell it?

The musky perfume of blood, dirt, grass stains, and overpowering sweat? Try it. Just inhale deeply and it will permeate your senses.

Can you feel it? Just try. The irresistible desire to deck yourself out all in one or two colors, accompanied by an aversion to all others? The longing for hot dogs, fountain drinks and cheap nachos? 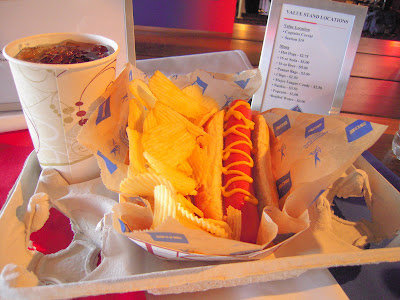 source
It is that season again. The time when the primeval desires erupt forth and take complete control until the end of the season, making people look and act like idiots. The fact that it is fall only adds to the excitement that is in the air. 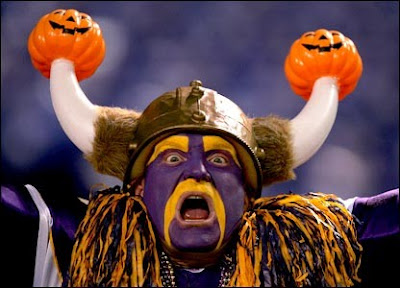 I didn't come from a sports crazed family. In fact I can remember watching football with my father only a handful of times. I think we watched more futbol (that is soccer) than anything else, and that wasn't until I was much older. Then I married a nerd. As you all know, I am completely happy with that development, but that means that sports still don't happen in my life unless I go out of my way to make them happen.

As I have recently been listening to the radio and reading other blogs, I have felt that little stirring growing inside of me. It is new, and a little frightening so bear with me. I have decided to take part in the frenzy this year, just to see what it feels like. I may become a hard-core fan, or not. Only time will tell.

Since I listen to KSL a lot, I decided to root for the Y simply because they are the ones I hear the most about. I know, silly way to pick a team, but what are you gonna do? 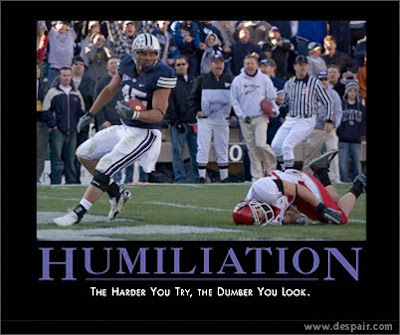 source
My downstairs neighbor is a football coach at one of the local high schools. He also was a die hard Y fan until his little brother played quarterback for the U, and now he is a die hard U fan. Things should be interesting when they play against each other.

Now we come to the little kink in my plans. See, for some odd reason we don't get television. We have one, we just don't get any reception, even with the nifty new converter box. So for me to follow a team, and watch their games, and get into the season, a solution had to be found.

I pleaded with Jeffrey for us to get cable again. I begged. I sulked... okay, I didn't really sulk, but I may have wanted to. After many discussions about it, said neighbor came up with a brillant plan. He said quite seriously

"If you really don't want to get tv, you could always take Amy out to Iggy's or another sports grill/bar every time they play. That way she will get to watch the game and you will get points for taking her out on a date!"

Jeffrey thought about it for a moment and realized that would be a date just about once a week, to a restaurant where he probably would have to leave a tip. He hates leaving tips...

The cable guy is coming Thursday to hook it up for us. The night of the first (I think) BYU game!

"I love it when a plan comes together."

Capt'n Amazing's wife said…
Wow, what cleverness! I never get to watch sports either, darn it! Actually I couldn't be happier! Nick only likes sports when he gets to play. And I can grant him that.
September 2, 2009 at 7:42 AM

Stephanie Faris said…
I'm not much for football but I LOVE fall! I did watch the Super Bowl last year and kinda got into it. Football just moves too slowly for me. I like a more fluid game, like basketball. Too much starting and stopping in football...they never seem to get very far before a darn commercial break!
September 2, 2009 at 8:49 AM

Em said…
GREAT picture;-) saturday mornings are espn college game day in our house and i absolutely LOVE it. we watched the preview last week, served up with belgium waffles. it was fabulous. can't wait to BEAT oklahoma this week!!! go cougs!
September 2, 2009 at 8:49 AM

Noodle said…
love wacthing little leage football... Three of Johnnys sisters kids play... Its neat to cheer for some one you love... They range from 12-7 years old it's so cute
September 2, 2009 at 5:51 PM

valentine said…
we were never a big sports family growing up, if a game was watched, it was college basketball.

I totally DIG IT.

MY TEAM IS WAY BETTER THEN YOURS!! LOL

Cecilia said…
Yikes! Where did you get that picture of Ryan wearing the viking hat? j/k if it were Ryan, he'd be in the KU Jahawk getup. The day I married Ryan I apparently also made the commitment to allow college football, NFL, NBA (and in the off-season even tennis, volleyball, baseball and golf) to dictate our family schedule. Ryan wishes that I would get excited with him. Today has been on the calendar since last season ended.
September 3, 2009 at 3:55 PM