July 20, 2009
So I was talking with Jeffrey the other day and came to a realization.

When I was in high school the big thing was to go out to eat before (*ahem during*) classes. I didn't really have a favorite place to go because if I was caught ditching school my mother would give me the most amazing scotch blessing you have ever encountered. I am not fond of scotch blessings, so I tried to avoid them, or be very sneaky about it. Needless to say, I didn't go a lot. But many of my friends would tell me about a place they loved going. It was called Big Z's.

source
Big Z's was absolutely famous and sadly I never got a chance to go. Evidently they had plates nearly as big as a normal sized frying pan. The pancakes were humongous, the hashbrown quantity was enormous, and the eggs must have been laid by giant chicken. I recall asking a friend how this gastrointestinal trucker's dream was on the palate and for some reason that question was always quickly stepped over as if it were a doody on the sidewalk, and they would go on about the quantity of the food.

Another case in point; Girls.

Ask any high school boy. For the most part, the bigger the better, and you know what I am talking about.

I should not have been surprised upon getting married to find that things haven't changed at all. We were given a rather large television. It isn't huge, but it is bigger than my little 13" that we would be using had our friend not been generous and taken pity on our tiny television plight. During the bigger and better conversation I remembered how excited my hubby was when he received a surplus projector from his work. The quality is not quite as good as the television or the computer, but it fills up the whole wall! We can watch a movie with less picture quality (albeit a little less, not much) but so much bigger, Jeffrey wants to watch everything on the wall now.

When we go out to eat we generally go to Red Robin because one of us can order the never ending fries, and we can't leave until we have consumed three baskets or so, simply because they offer us the option of eating all we can, so according to Jeffrey we have to take them up on their offer. 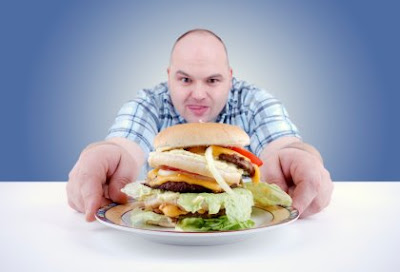 I think boys are just crazy! Me, I would rather have a little incredibly palate pleasing dish and leave feeling satisfied over having somewhat good food (Red Robin is not included in somewhat good, we both really like it there) and leave feeling like I could go without food for a week and not feel hungry at all.

Which leaves me with quite a lot of cooking to do for the rest of my life. Whew. It's a good thing I enjoy it so much. To see some of my vegetarian recipes, check out my cooking blog! (I know, I am shameless plugging my own blog.) I post all of the foods I cook whether they are great or not, but I do tell you our opinion of them and if we will ever make them again. This way you can combine quantity with quality and everyone will be happy!

Noodle said…
My Husband has started to learn that quailty is better than quanity... Or at least a blance is needed... After all he took the best step in the quailty in marrying ME of course... So she Jeffrey is headed in the right direction =)
July 20, 2009 at 4:31 PM

Mechelle said…
I went to Big Z once and yes, I did get a lot of food on my plate, although I had to try to eat it before the ten flies swarming it got to it sooner. That really grossed me out. The silverware wasn't very clean either. I couldn't make myself evern go there again.
July 21, 2009 at 12:41 PM