The Ignored Warning and The Proliferating Food

April 30, 2009
We have so much stinking food our refrigerator is going to explode!

To solve that problem, I took all the zucchini out yesterday and proceeded to make some delicious zucchini casserole (it was my grandmother's recipe, and it is incredible! If you want it, go here).

Well, I had too much. It wouldn't all fit into the casserole dish.

Do you remember the story of the magic pot... the one where it was never empty? I think I must have a magic oven or a magic fridge, because that zucchini tripled in size when I tried to make it.

In our efforts to get rid of some of the snowballing zucchini, we invited some friends over for dinner last night.

They showed up having already eaten (: so we decided to just play some games.

They all decided on Settlers of Catan. 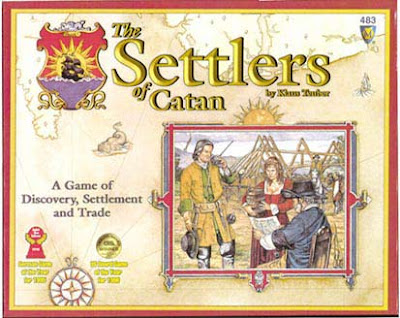 I am not a strategic person.

Since neither I nor they had ever played the game, my sweet hubby took it upon himself to explain it to us.

As he was explaining a knock came to the door.

I opened up and was greeted by a very nice energetic student from Chicago.

He introduced himself as "Damien" (I actually forgot his name, but it was a very nice name, and it started with a D).

He then jumped right into his sales pitch about a product that could clean everything from blood to mildew to oil spills to glass to koolaid...

It was a completely organic product, you could even drink it and it wouldn't hurt you.

He then demonstrated for me.

He took a small swig.

He then got a pen, scribbled all over a cloth, and with the same bottle that he had just taken a drink, used the cleaner to get the pen out.

He handed me an un-opened bottle and continued his sales pitch. 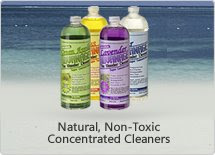 I half listened as I looked for ingredients on the packaging.

There were none. However, I did see a warning.

It said that the product was not to be ingested, have prolonged exposure to skin, nor should it be used in a tightly sealed room... it needed ventilation.

All of those things Damien had been saying it didn't need.

He said it was perfectly safe, and I shouldn't be using harsh chemicals around my son because they get into the air...

I asked him about the warning, and he said that it only counted in large amounts, and you would just be holed up in a bathroom for a good part of the day.

I was a little surprised since he was obviously going door to door and if he tasted it at each house, he would have ingested quite a bit.

And poor Damien didn't have a bathroom nearby!

I asked him about the ingredients, and he said that it was a patented product, and because of that, it didn't need ingredients labeled on the product.

I thanked him for his time, but told him that I wont buy anything unless I know exactly what is in it.

He grudgingly went away.

Everyone laughed saying I had been incredibly clever for asking him about the warning... but I really was just curious about what was going to happen to him and not trying to be clever.

We then played a nice rousing game where our friends were "without Ruth" as they would say (translation: ruthless) and slyly Sam won after Jeffrey had declared himself the winner. It was all very interesting.

Jeffrey described the game as "A strategic adaptation of Go Fish." I thought it was a very scintillating way of describing it.

While playing, we got the munchies, so we ripped into a bag of chips, and Jeffrey made a delicious bowl of bean salsa.

When they left, we looked around the kitchen and realized with sudden horror...

we had not helped our refrigerator problem, we had made it worse.

Will we ever learn?

Andrea said…
I love The Settlers of Catan--it's my favorite game! I hope that salesman didn't get too sick. Sometimes it seems like they'll do ANYthing to make a sale, doesn't it?
April 30, 2009 at 2:20 PM

Capt'n Amazing's wife said…
I play that game online when I am bored...which happens a lot lately. That is a funny story about the sales guy, personally I would have looked through my peep hole and then not answered the door. Or if I had answered, then I would say "yeah now isn't a good time, I have company over, bye." I hate listening to sales pitches! Anyway, I think I have some zucchini recipes on my cooking blog- like cookies and bread and muffins. If you still have more left, then look into those!
April 30, 2009 at 5:39 PM

valentine said…
awhile back we had a gal from chicago (i don't remember her name) trying to sell the same stuff. i wasn't interested and didn't want her to have to do her whole demo, so i told her i would not be interested, she was quite stubborn, asking me if i cared about the environment? because if i did, i would buy this product, finally and very begrudingly she left. i don't know if its the same company, but they are quite persistent salesmen. Sheesh!
April 30, 2009 at 7:22 PM

Noodle said…
I love that game....I kinda won last time I played and Natalie stole the win from me... urgh its ok I stole the win from her with Ticket to ride.. That one is more luck than stragie... But its a blast too...We have to get together one night nad play games... we have a ton of diffrent/wried ones...
May 1, 2009 at 8:19 AM

Megs said…
Oh goodness Settlers of Catan is AMAZING!! Me and my x boyfriend and our friends used to play it ALL THE TIME! (you know, before he was an x boyfriend :) ) He always won, I never won, but I loved it anyways!!! And I saw someone mention Ticket to Ride... love love that game too! Haha!!

That was so thoughtful of you to think about the sales rep and his drinking large quantities of that foul cleaning solution! What was he thinking!?!? He's going to be so sick! And I can only imagine what it tastes like!!! Sick!!!

maidmarian4 said…
ROFL! Last year I bought that stuff, "Avantage" (YES, it's spelled incorrectly). I wouldn't say I had buyers regret, but I also don't think I will get some more when they come again.

But, to the funny part... the guy that was selling it to me TOLD ME on his OWN ACCORD that he had bathroom issues because he ingests too much of the product! ROFL!
May 1, 2009 at 2:26 PM

Em said…
i totally beat that game the first time we played! did you read that post? it was so fun:-) i am the same way with my fridge. there's nothing to make, but the fridge is jammed full. i have a goal this week to clean it out. umph.
May 5, 2009 at 4:12 PM