January 17, 2009
Yesterday we had another haha moment. It was great. My Love rushed out the door for work... he had missed the connecting bus so he ran home, grabbed the keys and took the car to the main bus stop where he caught the bus and made it to work on time. Last night he got home and asked me what I had done with the car. I gave him a blank stare, not fully comprehending what he was saying and then he groaned.

We checked the bus schedules and saw there was one leaving in twenty minutes. So he sat down for dinner and promptly forgot about the car and the bus. about thirty minutes later I heard another groan.

"I forgot the car again!"

So, we decided rather than brave the sub-arctic temperatures we would just pick the car up today. I am hoping that it is still there... or actually I wouldn't care if it was gone... just that we would have to buy a new car seat.

But really, who would steal it.

I think we are safe.

On a side note, our living room light fixture is suffering from an inferiority complex. It wants to be a chandelier. We are going to have to upgrade one day, but not in this house. 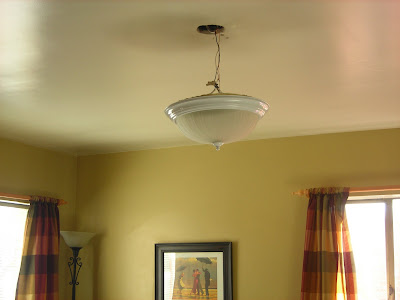 Noodle said…
I know a great electrican =) hehehe kodus on rideing the bus I wish I could get off my lazy but and use the public transit system. But I like the freedom of my car way to much....
January 17, 2009 at 12:28 PM