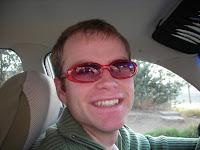 I married a geek. He is a self proclaimed geek, and hid all the geekiness until we were married. Then he let it all spill out. I am okay with it. Sometimes the geekiness shows itself more than others.

Last night I was in our room reading. It was late. He came in all tired out from having studied and tested (it's finals week) all day, and looked very agitated.

"I am so mad!" he exclaimed while pacing around the room.

I put my book away, ready for a torrent about how awful the school system is, or how some philosopher must have really been drunk or how our country is ripening in iniquity.

"I can't believe the Klingons were able to take down my favorite Enterprise ship in Generations! There were two dumb Klingon girls who were playing a prank, and then the ship was destroyed!" 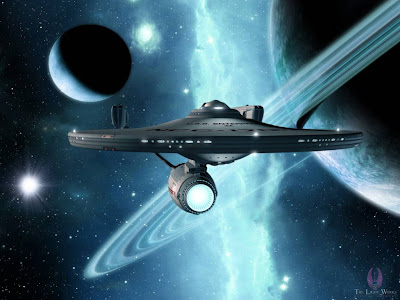 "Were you watching an episode of Star Trek instead of studying?" I asked, the amusement barely masked in my voice.

"No, I just remembered an episode I saw a long time ago when I was a kid."

There you have it folks. My husband 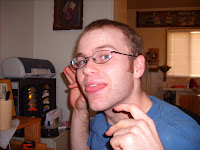 is a geek. He gets seriously agitated by a memory of his beloved Star Trek. (What a lucky woman I am! I am not saying any of this to put him down, I really enjoy it!) I feel a little bad, but I laughed right out loud when he told me that. It reminded me of a couple of mornings ago when we woke up.

"I just had a really bad dream." he said in a pitifully disturbed voice.

"What happened?" I asked full of concern.

With a look of consternation, he then proceeded to tell me about a dream where travel arrangements just weren't working out. That is the dream that plagued him. I again laughed (am I a bad wife for always laughing at him? He is just so funny, is all!) and told him that when I have a bad dream it is generally about someone dying or getting hurt or something along those lines. When he has a bad dream, it is because we missed a bus. Wow, how would it be? 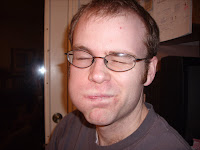 This post was composed and written with the permission of Jeffrey.
Jeffrey

Amanda said…
Hi - This is Amanda Clark. I grew up best friends with Jeff's sister.