Men on a Mission

July 12, 2008
So I just have to express my disgust over the many ways satan tries to defame the only true and living gospel. I was appalled today when I read in the paper about a man (who is a member) from Las Vega (the city of sin... go figure) who decided it would be a great idea to get a bunch of missionaries to pose bare chested for a calander. He took the idea from all the fireman calanders, and went with it. Evidently there are pictures of the Elders in their missionary garb, and then posing without their tops on. The paper said that he was contacted for a disciplinary hearing from SLC headquarters. He said he didn't see what the big deal was, none of the poses were erotic in any way. Also, the calander has a brief testimony on each page from the Elder who posed.
What I want to know is why these Elders aren't getting into any trouble for their participation. Granted, they are all returned missionaries, but that doesn't matter. The man (Chad Hardy) is in trouble for "conduct unbecoming a member of the Church" but didn't the men who participated show the same conduct? Okay, really, it is not my place to judge, but it really saddens me that people would do things like that. Hardy said that he has no animosity towards the Church, he just hasn't gone since 2002, and no one has tried to contact him since... untill he got the letter from HQ. At any rate, I am appaled and saddend. 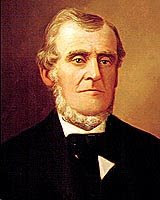 Yesterday I was watching the D&C lesson DVD. It has the story of the boy who met Martin Harris. The boy was an immigrant from England, and had only been in UT for a few weeks when a man showed up at their house and asked for the 14 year old boys services on his farm. The boy's name was William. At any rate, he was taken to Smithfield, UT given some food to eat and a corner of the room with a mat on the floor to sleep on. As he was finishing his dinner, he heard coughing in the other room. He investigated and found a sick old man. When the man saw him, he asked him about himself. When the old man discovered that William was a Latter Day Saint, the old man asked him if he had ever read the Book of Mormon. The boy told him that he had, and so the man quizzed him on what is found in the preface of the Book. The boy said it was the testimony of the three witnesses. The old man asked him who they were and William said "Olivery Cowdery, David Whitmer, and Martin Harris." The man then revealed that he was Martin Harris. He talked about the lost manuscript and the agony he experienced. The film showed him crying and saying "I've lost my soul, I've lost my soul!" The boy asked Martin Harris if he believed that the Book of Mormon really was true, and Martin looked out the window to the rising sun, and said as sure as the sun rises every day. What a beautiful testimony! What a wonderful thing it would be to hear from the man who helped with translation, and saw the plates, and worked so closely with the restoration of the Gospel of Jesus Christ share his testimony. 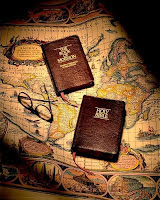 At any rate, in the film clip, it explains a little more about the lost manuscript. Martin Harris had asked Joseph to ask the Lord (three different times) if he could take the manuscript and show it to his wife so she could believe in what he was doing. Twice the Lord had said no, but finally, Martin was permitted to take them. When he did, they were lost, and with it, Martin's privelege to help translate the plates.
Now to tie that in, there are so many wicked men in the world (I am in no way calling Martin Harris a wicked man. He is a man, and just like all of us, weak to the temptations and frailities of man) who seek to defame the Lord's chosen ones. Through the early times of the Church, so many people who were so strong eventually apostasized and became among the most opposed. But no matter what, the Lord's work cannot be frustrated! Just like with the lost manuscript, the Lord will provide a way. thousands of years ago, a loving and omniscient Father commanded his prophet Nephi to make two records of his people, knowing that a time would come when one part would be lost. 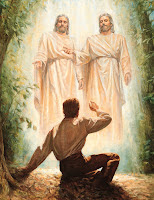 What an amazing knowledge, that The Lord always provides a way for things to work out! So, to go along with my disgust and disbelief, I am filled with a great awe and reverence for the Lord and the love He has for us, His children.
For those of you who would like to read more about Chad Hardy and his calendar defaming the Representatives of the Lord, you can go here. For those intrested in the story of Martin Harris, or any of my beliefs, you can find a complete description and explanation here.

Capt'n Amazing's wife said…
I think that is disgusting as well. Can you imagine if sister missionaries did the same thing? They use JCPenny ads to back up their side but what they are selling is more hypocritical than anything else. I'm glad that it is being looked into and disciplined. The brethren and members of the church work so hard to set the records straight about our church and then this! Outrageous!
July 13, 2008 at 12:07 PM

Anonymous said…
I agree with you. This is completely disgusting. I saw this on google when I was searching for images of mormon missionaries for a blog post. I did want to suggest to you, however, that you take down the image of the calendar. That only advertises the travesty further and makes the image more popular in google image searches. Just a thought.
August 19, 2009 at 11:08 AM