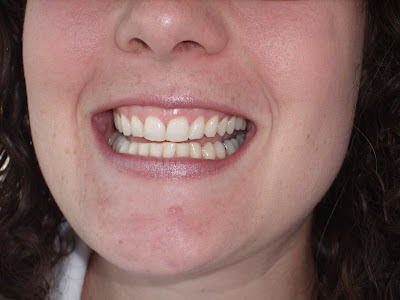 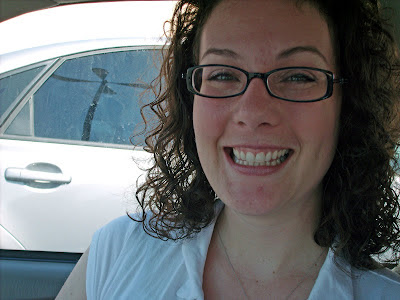 So, today was the big day. I went back to Dana Orthodontics and got braces put back on my lower teeth. It is kind of nice, because when
he initially put the braces on he said that I could go back anytime for the rest of my life if they went crooked again. Well, when my wisdom teeth came in (just a year or so after my braces came off) they pushed my teeth out of line, and it drove me crazy! Mainly because my lower teeth had never been crooked before. So, after much procrastinating, I look like a teenager again. It is quite the adventure getting used to them again. But at least I only have to have them on for an estimated time of 5 months, so that makes me happy. I think the best part of it all was when The Boss saw me. He had to touch them, and then he just started laughing. Later when we were at my mother's house, he was getting super grouchy, so I smiled at him, he reached out and touched them, then burst into laughter. Nothing quite like having your kid laugh at you, right? But at least it helps him be happy, and there is nothing more in the world I like than a happy family. Back to the braces, they aren't very visible because they are on the bottom, so that is another reason to rejoice. At any rate, there are the before pictures, and here are the after: (By the way, sorry for the close up, I didn't have anyone to take the picture for me. OOps!) 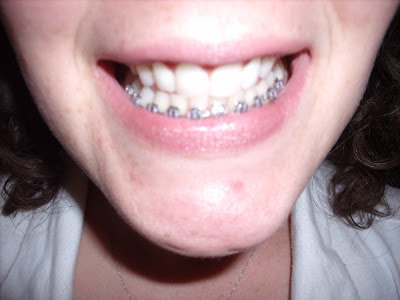 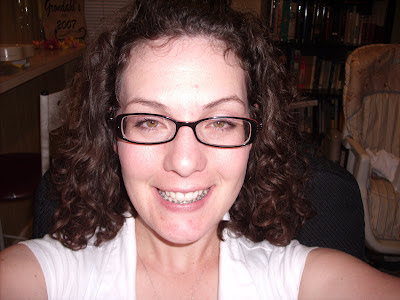 Capt'n Amazing's wife said…
Wow you are so brave! I hope I never have to get braces on again! I still have my built in retainers- they seem to be doing their job, thank goodness!
June 19, 2008 at 9:19 AM